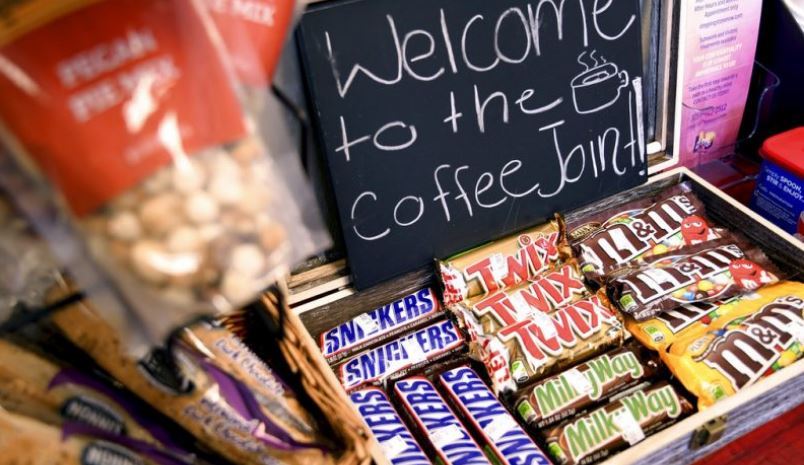 A Denver coffee shop received city approval Monday for the nation’s first business license to allow marijuana use by patrons under a 2016 voter-approved initiative.

The Coffee Joint soon can allow customers age 21 or older to vape or consume edibles they bring to the cafe, which is already open at 1130 Yuma Court, just east of Interstate 25 in the Lincoln Park neighborhood. But the shop will not allow any smoking, which is allowed only outdoors under state law, and can’t sell any marijuana products on site.

The owners of the shop, which has ownership ties to a dispensary next door, had been expecting official approval after a public license hearing Feb. 9 drew no opposition. Now co-owner Rita Tsalyuk is eager to allow consumption sometime in the next couple weeks, pending building and safety inspections, along with a schedule of yoga classes and educational and art events.

“Tons of people already came in,” she said. “We’re offering free coffee and sneak previews” of the shop.

Approved by 54 percent of Denver voters in November 2016, Initiative 300 resulted in the availability of the first-of-its-kind cannabis consumption establishment license under a pilot program.

One of the motivations behind it was to provide more places for tourists to consume marijuana, since Denver doesn’t allow public use.

Following the adoption of regulations last summer — including some rules that the initiative’s backers criticized as too restrictive — The Coffee Joint became the first applicant in December. It received required neighborhood group backing from the La Alma-Lincoln Park Neighborhood Association.

And now it becomes the first test case — with more soon to follow.

Another application has come in for a marijuana spa in Capitol Hill, and city licensing officials have heard from other interested applicants.

Ashley Kilroy, the executive director of the Denver Department of Excise and Licenses, signed a written decision approving the license Monday afternoon. She adopted an earlier seven-page recommendation by the hearing officer.

“I routinely look over things like this,” Kilroy said, referring to marijuana dispensary and liquor license applications. “And especially seeing that nobody opposed it, it’s something I would issue as a matter of routine.”

That helped avoid restrictive proximity rules intended to keep businesses from allowing marijuana use on their premises if they are within 1,000 feet of schools, child care facilities, or alcohol and drug treatment centers.

Tsalyuk plans to charge a $5 admission fee, with free entry for dispensary customers, she said. But the coffee shop won’t officially be a club, as has been portrayed by some national media, or require membership.

It sells packaged, nonmarijuana food, and Tsalyuk raised the prospect of tasting events for marijuana-infused products. Vendors could offer coupons to patrons to buy their edible products at the dispensary, she said, and then return to the coffee shop for the tasting event.

The business originally planned to offer vaping equipment rentals to customers, but Tsalyuk has backed off that plan for now. One stipulation placed on the license is that if she changes her mind, she must first seek approval for a sanitation and health plan with the Denver Department of Public Health and Environment.