Has the U.S. reached a ‘tipping point’ in marijuana legalization? 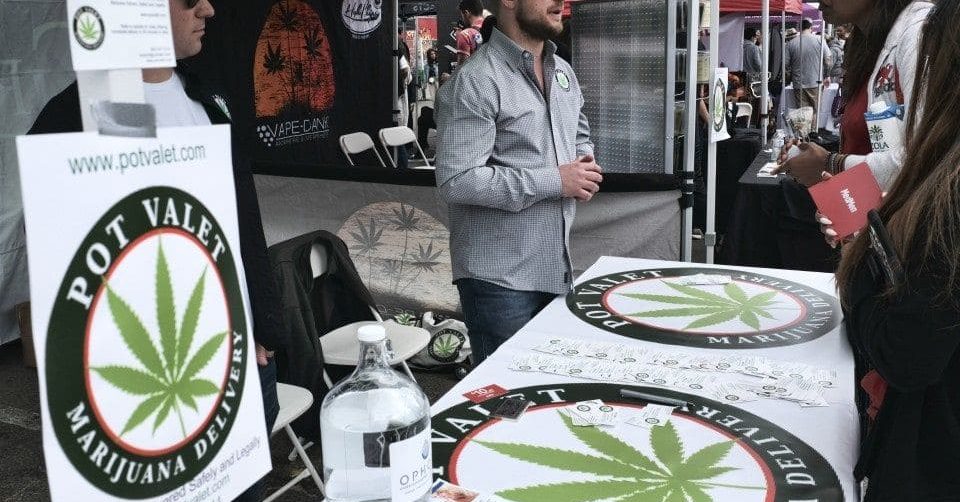 Has the U.S. reached the “tipping point” in marijuana legalization? That’s what one CNN commentator said happened last month when, on June 26, Oklahoma adopted medical marijuana through a ballot initiative — making it the 30th state to do so, as you can see in the figure below.

It’s true that a lot was unusual about the Oklahoma initiative. The state approved medical marijuana with roughly 57 percent of the vote — despite the fact that the ballot measure was held in a conservative state, during a primary — when only the most committed party members tend to vote — rather than during a general election, is more permissive than many comparable laws, and was opposed by statewide Republican leaders.

So was Oklahoma’s new law indeed a tipping point? Research on policy diffusion suggests that as neighboring states, provinces, or countries adopt a policy, the pressure for adoption increases among lagging jurisdictions. And in addition to the many states, the nation’s northern neighbor Canada legalized recreational use nationwide on June 19.

The answer may lie in the pathway ahead for further expansion of marijuana liberalization. Let’s examine how that might go.

Map of states with comprehensive medical marijuana laws, as defined by the National

Conference of State Legislatures.
States without a ballot initiative option might not decriminalize as easily
Notably, Oklahoma’s voters approved medical marijuana directly, rather than through the legislature. In our previous research, we found that five states legalizing medical marijuana via ballot initiatives between 1996 and 1999 helped legitimize the effort — and, beginning in 2000, a handful of legislatures followed suit.

Direct democracy is one important way that advocates successfully force the issue in some states — either through successful initiatives, as in Oklahoma, or through the threat of an initiative campaign, as in Ohio, where the legislature quickly passed a medical marijuana law to head off a 2016 initiative sponsored by Marijuana Policy Project.

As a result, as fewer and fewer of the remaining 20 states without any legal marijuana use have mechanisms for such direct referendums, it becomes less and less likely that those states will liberalize cannabis policy. In that sense, perhaps Oklahoma is not a tipping point.

The federal government’s position may shift as public opinion shifts
Somewhat like the rapid shift in public opinion toward same-sex marriage, opinions about marijuana have been changing rapidly. Overall support has swung from 25 percent in 1996 to 64 percent in 2018. Also, 2018 marked the first time that Gallup found a slim majority of Republicans (51 percent) supporting marijuana legalization. As a result, members of Congress have introduced several proposals to liberalize marijuana policy and passed a limit on the Department of Justice’s discretion in enforcing federal marijuana laws.

The limitation was prompted when, in January 2018, Attorney General Jeff Sessions instructed all U.S. attorneys to enforce the federal prohibition on marijuana possession and use. His memo may have backfired. As a result, Sens. Elizabeth Warren (D-Mass.) and Cory Gardner (R-Colo.) introduced a bill —  which President Trump has said he’s likely to support — that would give state marijuana laws priority over federal marijuana prohibitions. And since Warren and Gardner have titled the bill “Strengthening the Tenth Amendment Through Entrusting States” or the STATES Act, congressional Republicans may find that they can use states’ rights arguments to maintain their conservative credentials while supporting marijuana liberalization.

So far, medical and recreational marijuana have progressed through state popular initiatives and legislation. But Congress could sponsor incremental changes or even take marijuana off the schedule of nationally controlled substances — encouraging the lagging states to follow along.

The shifting narrative on medical marijuana
Direct democracy has furthered marijuana liberalization, assisted by changes in how advocates frame the issue.

Journalists and advocates have been drawing attention to recent research that shows the potential of medical cannabis to treat conditions like PTSD, epilepsy and opioid addiction. This type of coverage serves to lift the stigma on marijuana use by presenting conditions and patients that are more relatable and sympathetic than treatment for other conditions, or than recreational use.

One of us, Lee Hannah, recently conducted a content analysis of news articles about medical marijuana stories by The Washington Post from 1995 (a year prior to California adopting the first program) to 2017 to determine whether this narrative shift was being seen in news coverage. Hannah searched the newspaper archives and counted how many articles about medical marijuana were paired with specific medical conditions.

In the period from 1995 to 1999, The Washington Post ran 56 articles about medical marijuana that associated it with cancer, 73 articles that mentioned HIV/AIDS and only 7 articles associating medical marijuana with opioid addiction, epilepsy or PTSD. That relative emphasis has flipped in the last five years. The Post continued to make the connection to cancer, in 71 articles, but only 31 articles included HIV/AIDS. Meanwhile, The Post ran 195 articles that connected medical cannabis to opioid addiction (71), epilepsy (83) or PTSD (41). The results were similar when analyzing coverage in the New York Times.

Some observers argue that evidence so far suggests other policy approaches are more successful than medical marijuana in treating opioid addiction. But if interest groups can successfully persuade citizens that medical cannabis could help diminish the opioid crisis, conservative voters and state legislatures may be persuaded to make it available.

This association is not lost on lawmakers either. When former Republican Speaker of the House John A. Boehner announced his joining the board of Acreage Holdings, a cannabis corporation, he said “I’m convinced de-scheduling [removing the federal prohibition] the drug is needed so we can do research, help our veterans, and reverse the opioid epidemic ravaging our communities.” Note the emphasis on veterans and opioids.

What to expect
Whether Oklahoma’s new law is indeed a tipping point, changing public opinion and industry pressures seem to be pushing the federal government and the remaining states to make marijuana available for medical use — and probably, from there, recreational use as well.

Daniel J. and A. Lee
Mallinson and Hannah
ALIAS

Has the U.S. reached a ‘tipping point’ in marijuana legalization?
Cannabis legislation