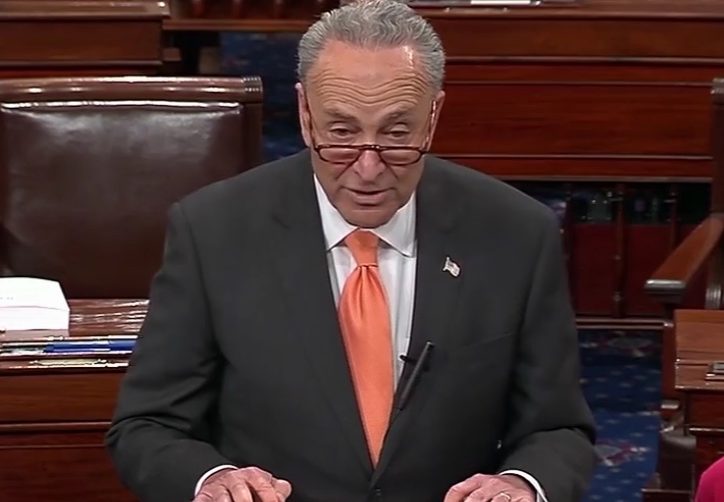 The Marijuana Freedom and Opportunity Act removes marijuana from the list of scheduled substances under the 1970 Controlled Substances Act, allowing states to decide how to handle marijuana possession, according to a statement from Schumer’s office.

“The time to decriminalize marijuana is now,” Schumer said.

The bill, introduced Wednesday, would preserve the federal government’s ability to prevent trafficking from states where it would be legal to states where it is not, the statement said.
The legislation would also invest $500 million over the span of five years to the Department of Health and Human Services for medical marijuana research and understanding the effects of THC.

Under the bill, states would be allowed to seal or expunge individual marijuana possession records.

Schumer said in a statement that the legislation is “simply the right thing to do.”

Attorney General Jeff Session told The Hill earlier this month that he hasn’t talked to President Trump about legislation to decriminalize marijuana at the federal level but believes the president would support a bill that protected states that do so.