DEA reschedules Epidiolex, marijuana-derived drug, paving the way for it to hit the market 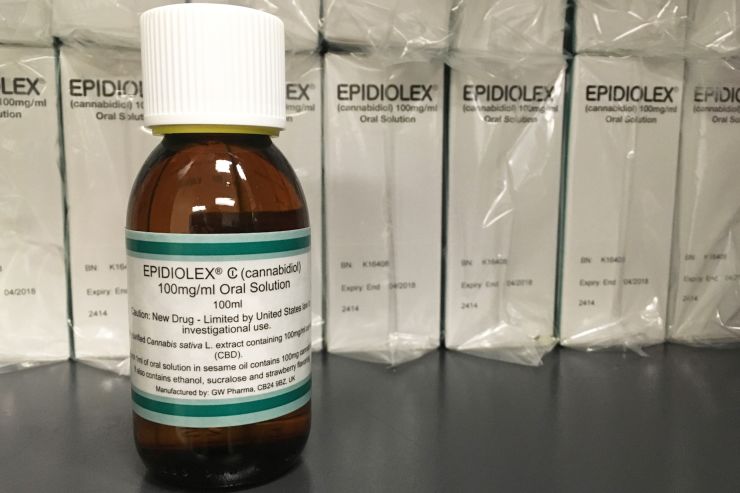 The Food and Drug Administration in June approved Epidiolex, which is derived from cannabidiol, or CBD, a molecule contained in the marijuana plant. This forced the DEA to consider how it would classify Epidiolex since marijuana is considered a schedule 1 drug, which it defines as having no currently accepted medical use and a high potential for abuse.

Epidiolex will be classified as a schedule 5 controlled substance, the lowest level, defined as those with a proven medical use and low potential for abuse. Other drugs in this category include some cough medicines containing codeine.

The drug is indicated to treat patients two years and older with Dravet Syndrome and Lennox-Gastaut Syndrome, rare forms of epilepsy that emerge during childhood and can be difficult to treat. It does not contain tetrahydrocannabinol, or THC, the psychoactive compound in cannabis that makes people high.

GW Pharma said it would “work hard” to make Epidiolex available within the next six weeks. Shares of GW Pharma rose 7 percent on the news.

“We are pleased that the DEA has placed EPIDIOLEX in the lowest restriction Schedule, because it will help ensure that patients with LGS and Dravet syndrome, two of the most debilitating forms of epilepsy, can access this important new treatment option through their physicians,” GW CEO Justin Gover said in a statement.

The rescheduling applies to CBD, containing no than 0.1 percent THC, in FDA-approved drug products. Though this allows GW Pharma to sell Epidiolex, it does not broadly apply to CBD.

So while oils and lotions are becoming wildly popular, they’re still schedule 1 drugs and therefore illegal under federal law, though the DEA typically does not pursue and enforce individual users, a spokeswoman told CNBC. Some states have legalized CBD and other marijuana products.

The DEA classifies marijuana as a schedule 1 drug, which it defines as having no currently accepted medical use and a high potential for abuse. Because CBD is a compound found in the marijuana plant, it is considered a schedule 1 drug and therefore illegal.

Coffee shops and other places selling CBD oil may be in-line with state laws, depending on where they’re located, but they’re still skirting federal law. Of course, the DEA isn’t likely to bust one independent coffee shop.

That might not be the case if consumer product conglomerates decide to enter the space. Beverage giant Coca-Cola in September said although it has “no interest” in marijuana, it’s “closely watching the growth of non-pscyhoactive CBD as an ingredient in functional wellness beverages around the world. ”

In announcing its approval of Epidiolex, the FDA was clear to distinguish the drug contains purified CBD and the agency’s decision was not a broad approval of the substance. Commissioner Scott Gottlieb said the FDA remains “concerned about the proliferation and illegal marketing of unapproved CBD-containing products with unproven medical claims.”

DEA reschedules Epidiolex, marijuana-derived drug, paving the way for it to hit the market
cannabis legislation