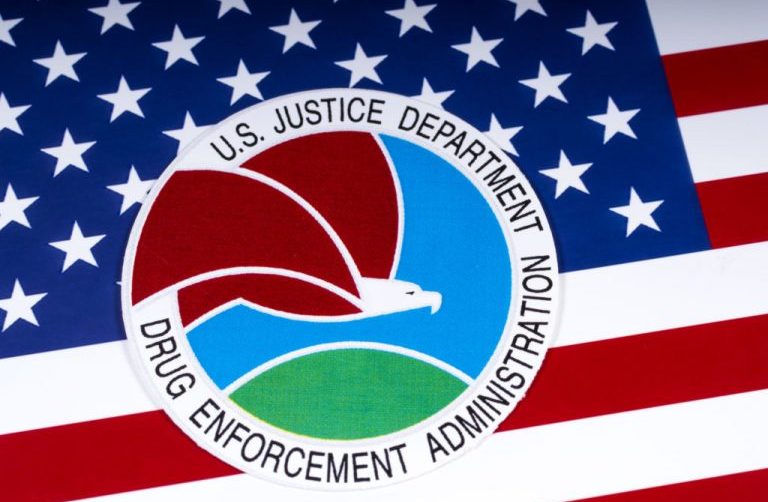 The U.S. Drug Enforcement Administration has taken some cannabidiol off the most restrictive class of controlled substances, a move that allows the sale of the first nonsynthetic, cannabis-derived medicine to win federal approval.

The agency announced Thursday that drugs including “finished dosage formulations” of CBD with THC below 0.1% will be considered Schedule 5 drugs, as long as the medications have been approved by the U.S. Food and Drug Administration.

It is the first time the agency has removed any type of cannabis from Schedule 1.

The action came three months after the FDA approved Epidiolex, a CBD preparation for rare types of epilepsy that is made from cannabis grown in the United Kingdom.

If the DEA had not taken this step, doctors would not have been able to prescribe the medication because Schedule 1 drugs cannot be prescribed. This rule is why physicians in states with medical marijuana laws recommend the plant but can’t prescribe it.
The change also means Epidiolex will be distributed through traditional pharmaceutical channels, from a doctor’s prescription to a drug store, instead of through a marijuana dispensary or designated marijuana caregiver.

Cannabis entrepreneurs cheered the new classification, even though it currently applies to only one drug for rare diseases and has a price tag that may limit the market.

London-based GW Pharmaceuticals, the manufacturer of Epidiolex, has said it will charge $32,500 a year for the treatment, in line with other medications for intractable epilepsy.

As a result, many patients likely will wait to see if insurance covers the drug, a decision usually driven by another federal agency, the Centers for Medicare and Medicaid Services. That agency determines what is included for recipients of federal health benefits.

The most intriguing potential for investors from the rescheduling is called off-label use – physicians prescribing a drug for other conditions besides the ones for which the drug manufacturer ran trials.

Epidiolex’s market opportunity may be much broader if doctors prescribe it to patients with other types of epilepsy under this standard.

The scheduling change also could make it easier for medical researchers to look at CBD applications beyond epilepsy treatment.

“Continuing to study the benefits of CBD would increase the number of practical uses for the compound,” Michael Brubeck, CEO of Centuria Natural Foods, wrote in an email to Hemp Industry Daily.

He noted that several other CBD medications are in the pipeline for FDA consideration and that Epidiolex is “paving the way for more cannabinoids following the same regulatory channel to market.”

The FDA said Thursday that the approval process won’t change for other cannabis medications based on the CBD rescheduling. In other words, things won’t necessarily get easier for other companies proposing FDA-approved cannabis medicines.

Shares of GW Pharmaceuticals, which trades on the Nasdaq as GWPH, closed at $174.50 Thursday, an increase of almost 7% and a record high for a cannabis stock on any exchange.

Rescheduling brings some risk for other CBD manufacturers and retailers.

GW Pharmaceuticals has repeatedly said it has no objection to other companies making CBD, but many in the cannabis industry fear the company and the U.S. Food and Drug Administration may try to block other formulations of the extract.

Acetaminophen, for example, is perfectly legal over the counter, but it’s not legal to make at home and then sell.

A few states, including South Dakota, have laws on the books that favor CBD products with FDA approval.

“It could really be a burden to the medical sector if the FDA becomes involved,” said James Minutello, CEO of Leaf Logix, a Glendale, California, company that makes business management software for the cannabis industry.

Still, the rescheduling is a long-awaited improvement, he said.