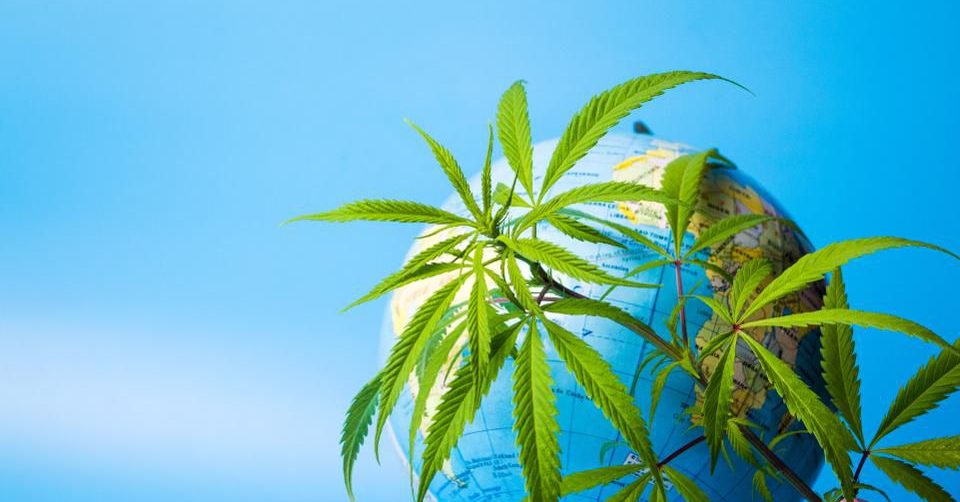 The federal government wants your input on whether marijuana should be reclassified under global drug treaties to which the U.S. is a party.

Specifically, the U.S. Food and Drug Administration (FDA) is asking for public comments about the “abuse potential, actual abuse, medical usefulness, trafficking, and impact of scheduling changes on availability for medical use” of cannabis and several other substances now under international review.

Under current U.S. federal law as well as global drug policy agreements, marijuana is classified in the most restrictive category of Schedule I. At home, that means it is considered illegal and not available for prescription, while research on its potential benefits is heavily restricted. Cannabis’s international status means that nations who are signatories of drug control treaties are not supposed to legalize it, though that hasn’t stopped Canada and Uruguay from doing so.

Public comments on marijuana’s effects and legal status “will be considered in preparing a response from the United States to the World Health Organization (WHO) regarding the abuse liability and diversion of these drugs,” Leslie Kux, FDA’s associate commissioner for policy, wrote in a Federal Register filing published on Wednesday. “WHO will use this information to consider whether to recommend that certain international restrictions be placed on these drugs.”

WHO’s Expert Committee on Drug Dependence (ECDD) is meeting in Geneva next month to consider the classification of marijuana and other substances, and is now seeking to “gather information on the legitimate use, harmful use, status of national control and potential impact of international control,” the United Nations body said in a notice excerpted in the FDA filing.

AI Innovators: How Coming From Different Industrial Backgrounds Led This Director To Expert Ideas
Earlier this year, ECDD determined that cannabidiol (CBD), a component of marijuana shown to have medical benefits without intoxicating properties like other cannabinoids such as THC, should not be scheduled under international drug control conventions.

“CBD has been found to be generally well tolerated with a good safety profile,” the UN body found in its critical review. “There is no evidence that CBD as a substance is liable to similar abuse and similar ill-effects as substances…such as cannabis or THC, respectively. The Committee recommended that preparations considered to be pure CBD should not be scheduled.”

The body also agreed to undergo an in-depth critical review of the marijuana plant and its resins and extracts, as well as THC itself. That new review is what triggered the FDA’s request for public comment on Wednesday.

The Trump administration sought public comments from interested parties in advance of an earlier UN pre-review on marijuana as well.

Legalization advocates are hopeful that a hard look at the data on marijuana’s effects will inevitably lead to a pro-reform conclusion.

“A careful review of the relevant science does not now, nor has it ever, supported a hard-line approach to cannabis scheduling. Cannabis’s abuse potential relative to other substances, including legal substances like alcohol, tobacco and prescription medications, does not warrant its continued criminalization under either U.S. or international law,” Paul Armentano, deputy director of NORML, said in an email. “By any rational assessment, cannabis prohibition is a disproportionate public policy response to behavior that is, at worst, a public health concern. But it should not be a criminal justice matter and international laws should no longer classify it as such.”

Mason Tvert, a spokesman for the Marijuana Policy Project, agreed.

“The time has come for marijuana to be removed from the federal drug schedules. There is no longer any doubt that it has significant medical value, and the science is clear that it is less harmful than many legal medical products,” he said. “While marijuana is not harmless — few, if any, products are — it poses less harm than alcohol to consumers and to society. The U.S. led the world into the quagmire of cannabis prohibition, so it should lead the world out of it by descheduling cannabis and implementing a more evidence-based policy.”

That said, the feds aren’t planning to make any cannabis recommendations to the UN panel ahead of its review meetings next month.

“Instead, HHS will defer such consideration until WHO has made official recommendations to the Commission on Narcotic Drugs, which are expected to be made in mid-2018,” the Federal Register notice says. “Any HHS position regarding international control of these drug substances will be preceded by another Federal Register notice soliciting public comments.”

In addition to marijuana and its components, the WHO committee is also reviewing several synthetic cannabinoids, fentanyls and other substances.

FDA has hinted that international rescheduling of marijuana and its components could influence changes to its legal status here at home.

This month, FDA publicly released a letter it sent to the Drug Enforcement Administration (DEA) earlier this year suggesting that CBD should be completely removed from federal control.

Cannabidiol has a “negligible potential for abuse” and has a “currently accepted medical use in treatment,” the agency found.

But, because of international drug treaty obligations, FDA conceded that the substance needs to be scheduled, concluding that it should be placed under the least-restrictive category of Schedule V.

“If treaty obligations do not require control of CBD, or if the international controls on CBD change in the future, this recommendation will need to be promptly revisited,” FDA wrote in its analysis to DEA.

That document, dated in May, preceded the WHO’s determination that CBD should not be globally scheduled, and was part of the federal government’s approval and rescheduling last month of CBD-based drug Epidiolex, which is used for severe epilepsy disorders. It is not clear why the U.S. government subsequently decided to place FDA-approved CBD medications in the federal Schedule V, with an appeal to global treaties that the UN now says shouldn’t schedule the substance.

For now, FDA is accepting public comments on marijuana and the other substances currently under UN review via the web until October 31. Interested parties can also submit written comments via mail.

Ultimately, WHO will make a scheduling recommendation for marijuana to UN Secretary-General António Guterres, who oversaw the enactment of drug decriminalization as Portugal’s prime minister, a policy he has touted in his current capacity.