We asked Florida candidates if they’ve smoked marijuana. Here’s what they said. 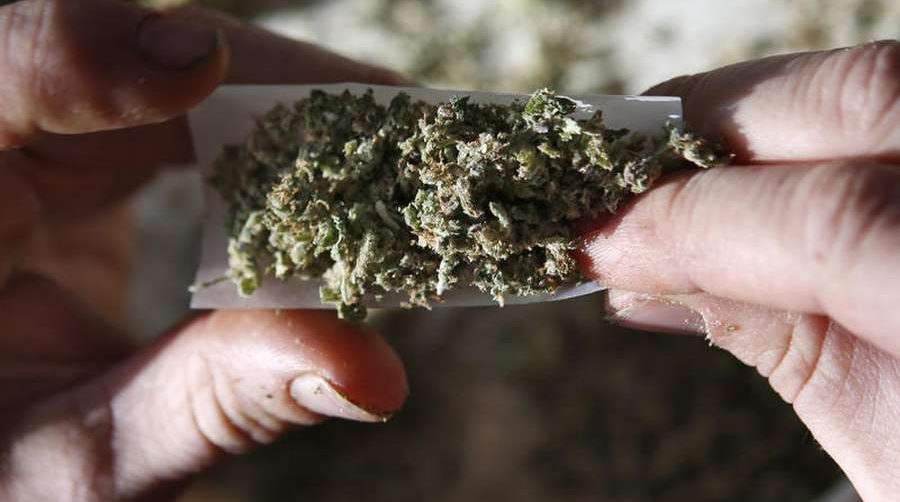 Nikki Fried has the dankest website of any major candidate for statewide office in Florida.

Bumper stickers and T-shirts for the Democrat sell for $4.20. There is more cannabis green on the site than donkey blue. Among her top priorities for the Department of Agriculture, the state agency she hopes to lead? Expand medical marijuana and embrace industrial hemp.

It all might lead some voters to believe that Fried’s advocacy is accompanied by some firsthand knowledge. Asked if she has ever used marijuana, Fried wasn’t coy about it.

“Of course I have,” the agriculture commissioner candidate and marijuana lobbyist told the Tampa Bay Times.

Marijuana use is on the rise in the United States. A federal drug survey released last month found half of American adults have tried marijuana once in their life, the high point of the last 20 years. As marijuana grows more ubiquitous, sentiments about the drug have shifted, too. More Americans than ever, 62 percent, believe marijuana should be legalized, according to Pew Research Center, a complete reversal from a decade ago.

Florida’s next class of elected leaders will confront these changing attitudes. Will they do so from a position of personal experience?

The Times asked all candidates for statewide office if they have ever smoked marijuana, and if their experiences with the drug have influenced their views on marijuana policy.

Four of the 12 candidates acknowledged prior marijuana use, including the Democratic nominee for governor, Andrew Gillum. “Many years ago,” his spokeswoman Johanna Cervone said. Gillum has advocated for legalizing marijuana and taxing it.

“Our policy on marijuana is informed by medical science and a reasonable approach to criminal justice,” Cervone said.

“I have tried cannabis, however, it’s not for me,” said Caldwell, a co-sponsor of the 2014 bill that first allowed non-euphoric medical cannabis for select patients. Caldwell is skeptical of smokable marijuana for medical use.

Rep. Sean Shaw, the Democratic nominee for attorney general told the Times he has smoked too, but added: “It does not shape my views at all.”

Once a nonstarter for those seeking office, admission of prior marijuana use among politicians has shifted along with the country’s acceptance of the drug. Bill Clinton as a candidate for president in 1992 famously, if not clunkily, declared, “I didn’t inhale it.” By 2008, President Barack Obama’s nonchalant acknowledgement of smoking as a teen was a well-known anecdote in his biography.

“While it is no longer remarkable that candidates for elected office have smoked marijuana and will admit to it,” Fried said, “it bears noting that the over 126,000 legal, medical marijuana patients in Florida are prohibited from ‘smoking.’ ”

If there is a commonality among the small sample of candidates who admitted to marijuana use, it is age. Fried, Caldwell, Gillum and Shaw are all between 37 and 40 years old.

This generational gap exists among the general population, too. While 58 percent of 35- to 39-year-olds said they have used marijuana in their lifetime, less than one-third of senior citizens have.

Yet, there has been a sudden surge of frequent marijuana use among those nearing retirement age over the last decade. Americans between 55 to 64 were once among the least regular marijuana users; now, baby boomers are as likely to have smoked in the last month as millennials.

Researchers have at least partly attributed that spike to medical marijuana, now available in 31 states, including Florida.

Yet, two years after Sunshine State voters overwhelmingly gave the green light to medical cannabis here, the issue is far from settled. While none of the statewide candidates for office have advocated reversing course, some have said the state needs to do more.

Nelson said he has never smoked but said if a doctor believes that’s the best way to treat a patient, the state shouldn’t stand in the way.

“I’m going on the evidence of the medical experts who have pointed out it’s a way of dealing with pain without getting the addiction that the other drugs would,” Nelson said.

With Scott as governor, Florida has blocked smokable marijuana. His reticence to embrace a more liberal drug policy comes from a personal experience of substance abuse in his family, spokeswoman Lauren Schenone said.

“He knows firsthand what a heartbreaking burden it can be on impacted individuals and their loved ones,” Schenone said.

Of the Florida cabinet positions, only the race for chief financial officer featured two candidates who said they have never used marijuana. Both the incumbent Republican, Jimmy Patronis, and Democratic challenger, former state Sen. Jeremy Ring, responded by noting that they haven’t used other illegal drugs either.

However, it’s an office that oddly enough is likely to have some role in the future of marijuana regulation. Many of the marijuana businesses setting up shop here have trouble getting access to traditional banking. The federal government still considers marijuana an illegal drug and President Donald Trump’s administration has signaled it may crackdown on companies that do business with a nefarious industry.

Patronis said that concerns him, and Ring said he supports the state chartering a depository for these companies.

“While I don’t have any personal experience with marijuana, during my 10 years in the Florida Senate I often met with parents whose children suffered from any a number of chronic illnesses for which they believe marijuana is the most effective treatment,” Ring said. “Those experiences with parents — often times in tears — have stuck with me since.”

Here is how each candidate for statewide office answered our questions about marijuana. 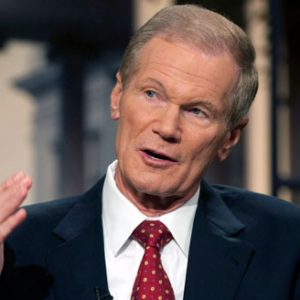 Have you ever smoked marijuana? No.

How has your experience with the drug shaped your view on marijuana policy? “I’m going on the basis of the science and the medical experts that it helps. For example, there’s a lady in Sarasota that has had ALS for years and ALS is a withering of the motor nerves and what the marijuana does is help her lessen the saliva that would otherwise choke her. I’m going on the evidence of the medical experts who have pointed out it’s a way of dealing with pain without getting the addiction that the other drugs would.” 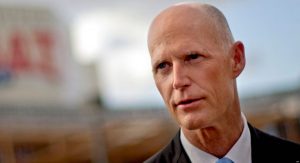 Have you ever smoked marijuana? No.

How has your experience with the drug shaped your view on marijuana policy? Spokeswoman Lauren Schenone: “As Governor Scott has often shared, substance abuse was something that impacted his own family growing up, and he knows firsthand what a heartbreaking burden it can be on impacted individuals and their loved ones. In regards to medical marijuana – the state has been working nonstop to implement the law that was passed by the Florida Legislature with an overwhelming bipartisan majority.” 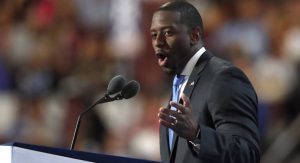 Have you ever smoked marijuana? Spokeswoman Johanna Cervone: “Yes, many years ago.”

How has your experience with the drug shaped your view on marijuana policy? Cervone: “Our policy on marijuana is informed by medical science and a reasonable approach to criminal justice. Marijuana should be regulated, taxed, and available to suffering Floridians seeking treatment prescribed by doctors.” 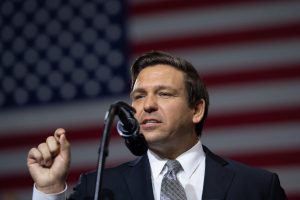 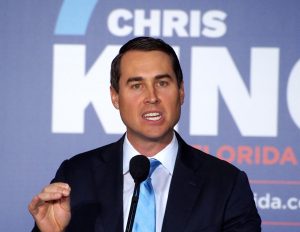 Have you ever smoked marijuana? Spokeswoman Johanna Cervone: “He hasn’t.”

How has your experience with the drug shaped your view on marijuana policy? Cervone: “He agrees with Mayor Gillum that it’s past time to regulate and tax it.” 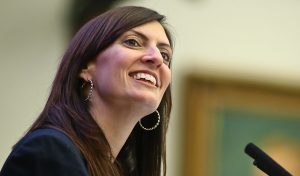 Sean Shaw, Democrat
Have you ever smoked marijuana? “Yes, I have.”

How has your experience with the drug shaped your view on marijuana policy? “It does not shape my views at all. Floridians voted 72 percent to approve the amendment, that’s what shapes my view on this — 72 percent of the voters, not Democrats, not Republicans. The vast majority of Floridians want hurt patients to get access to it and the legislature and the governor says you can’t smoke it, you can’t grow it, you can’t get it like you need it. That’s what shapes my views on this.” 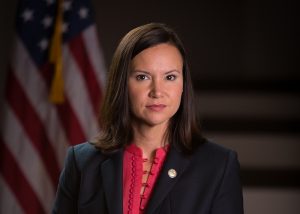 Ashley Moody, Republican
Spokeswoman Christina Johnson: “We will not be responding.” 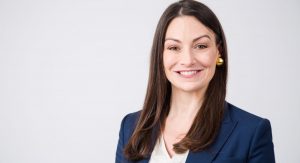 Have you ever smoked marijuana? “Of course I have. And while it’s no longer remarkable that candidates for elected office have smoked marijuana and will admit to it, it bears noting that the over 126,000 legal, medical marijuana patients in Florida are prohibited from ‘smoking’ medical marijuana. Efforts by the Scott administration and Legislature to deny the will of Floridians on smoking—and in their general obstruction when it comes to patient access—was one of the things that motivated me to run for office this year.”

How has your experience with the drug shaped your view on marijuana policy? “Far more so than my personal experience using marijuana, it’s been my experience as an advocate that’s informed my commitment to compassionate, patient-focused medical marijuana policies. I’ve met people fighting stage-four cancer, parents desperate to provide their sick children with relief, and patients suffering from all kinds of terrible illnesses—it’s one of the reasons I’ve been such a strong advocate for medical marijuana. This is a plant that can improve people’s quality of life and saves lives. The fact that Tallahassee politicians think they should make decisions about patient treatment is absurd.” 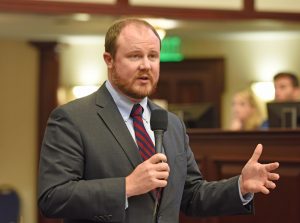 Have you ever smoked marijuana? “I have tried cannabis, however it’s not for me.”

How has your experience with the drug shaped your view on marijuana policy? “I became an advocate for medical cannabis because I saw the clear and demonstrable need. I will continue to fight for patient access to safe and effective cannabis-based treatment options.” 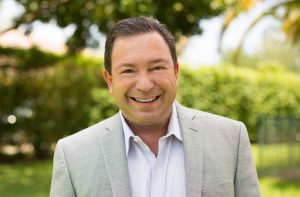 Have you ever smoked marijuana? “I have never used — smoked or otherwise — any non prescription drugs including marijuana.”

How has your experience with the drug shaped your view on marijuana policy? “While I don’t have any personal experience with marijuana, during my ten years in the Florida Senate I often met with parents whose children suffered from any a number of chronic illnesses for which they believe marijuana is the most effective treatment. Those experiences with parents — often times in tears — have stuck with me since and I find it offensive that the legislature has watered down the will of the people and has dragged its feet to implement Amendment 2. Not only is it the right and compassionate thing to do, it’s also a right guaranteed by our state constitution. As I have also stated publicly, I support the Cabinet establishing a state chartered depository institution for medical marijuana companies.” 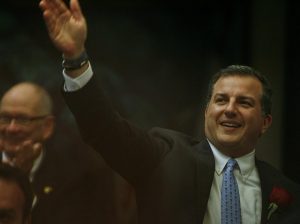 Rep. Jimmy Patronis, R-Panama City, a Florida State graduate, does “The Chop” after Gov. Rick Scott mentions the school’s football national championship during the State of the State speech Tuesday, March 4, 2014 on the floor of the House of Representatives at the Capitol in Tallahassee, Fla. The 2014 Florida legislative session starts today. (AP Photo/Phil Sears)

Jimmy Patronis, Republican (i)
Have you ever smoked marijuana? “I’ve never used any illegal drugs — including marijuana.”

How has your experience with the drug shaped your view on marijuana policy? “When I served in the Florida House of Representatives, I voted to allow usage of non-euphoric medical marijuana because I know we must show compassion to those suffering. I believe in supporting science. If the evidence shows that there are medicinal benefits to marijuana, then I support doing what is best for patients according to scientific research. I am also concerned that there is currently no bank in the State of Florida that accepts deposits from medical marijuana companies here.”