Looking To Make Millions From Cannabis? Ex-House Speaker Boehner Will Tell You How 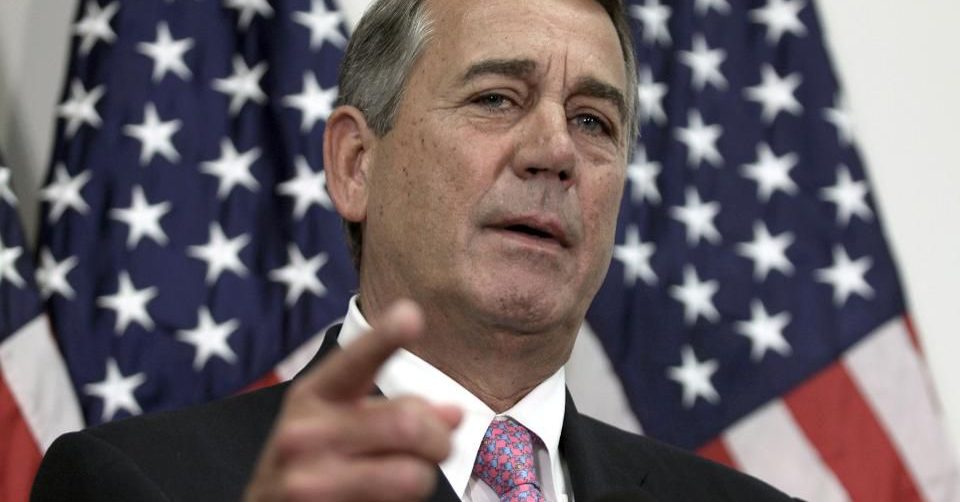 For those who still think that the cannabis industry is only for stoners and the marginalized, here’s something that should promptly disabuse them of this notion: Next Tuesday, on October 23, at 1 pm ET, John Boehner, former Speaker of the House, will be part of a team of presenters leading a free online event for budding (no pun intended) cannabis investors. Yes, you read that correctly. The ex-House Speaker John Boehner will be holding forth on the virtues of investing in cannabis. How can you get more mainstream than someone who was formerly second in line to the presidential succession?

In this Oct. 27, 2015 file photo, then-House Speaker John Boehner of Ohio talks with reporters on Capitol Hill in Washington. (AP Photo/Lauren Victoria Burke, File)
Even with the federal illegality, it stands to reason that ambitious investors may be eyeing this potentially profitable sector with the same avidity that early investors eyed companies like Apple, Facebook and Google years ago. After all, this is still the same industry estimated to rake in $15.7 billion for both the medical and recreational markets by 2022, according to top cannabis researchers ArcView Group in partnership with BDS Analytics.

The masses are certainly coming around faster to legitimizing cannabis versus the federal government. Consider this: A recent poll found that a majority of Americans (62 percent) ) support legalization. And, let’s not forget that currently, 30 states and Washington, D.C. allow the use of medical marijuana while nine (and D.C.) have legalized recreational use.

On his participation in this cannabis investing summit, Boehner seemed to express more enthusiasm and gusto than he ever did during his ostensibly joyless four-year tenure as Speaker of the House. “The next generation of billion-dollar cannabis companies are ripe for the picking, you just have to make smart moves,” he said, according to a press release touting the event. However, in that same announcement, he issues a temperate warning that goes hand in hand with the bullishness. “Don’t go blindly investing in this sector because it’s exciting and you don’t want to miss the boat. Cannabis is here to stay, the industry is only getting bigger, and I am all in.” There you have it.

Hosted by the National Institute for Cannabis Investing, the American Cannabis Summit will also feature two renowned players in the cannabis investing space: Danny Brody and Mike Ward. Brody is vice president of investor relations at The Green Organic Dutchman, a Canadian licensed cannabis producer that trades on the Toronto Stock Exchange. And, Ward is the publisher of Money Map Press, which is focused on helping investors understand the latest global trends in investing.

Among the bullet points covered in this event are up-to-date information on the latest developments in companies developing pharmaceutical-grade, natural health and drug therapies, “tiny” firms that have the potential to become breakout billion-dollar brands, stocks that could become cash cows, potentially lucrative IPOs and the latest technologies used in growing and developing new strains.

Looking To Make Millions From Cannabis? Ex-House Speaker Boehner Will Tell You How
cannabis opportunities