3 Marijuana Stocks to Buy After the Market Meltdown 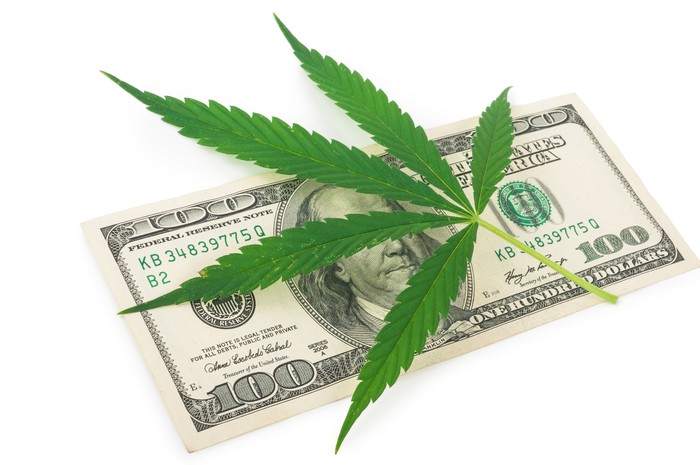 The good news is that in the midst of the mayhem, there are several stocks that look really attractive now. Three that stand out are Constellation Brands (NYSE:STZ), Liberty Health Sciences (NASDAQOTH:LHSIF), and Origin House (NASDAQOTH:ORHOF). Here’s why these are three marijuana stocks you might want to buy after the market meltdown.

Although Constellation Brands’ share price fell during the broader market pullback, it’s still only down by a single-digit percentage point year to date. There are several reasons why the stock could be poised to rebound.

While the overall U.S. beer market hasn’t been much to cheer about in recent years, Constellation continues to generate impressive growth with its high-end and craft beers. The company’s Corona and Modelo brands rank as top preferences among Hispanics — one of the fastest-growing demographic groups in the U.S. Constellation’s strategy to solidify its lead as the country’s No. 1 premium beer company and expand its position in the premium wine and spirits market should pay off.

The company’s bet on Canopy should pay off, too. Constellation expects that the addressable global market for cannabis will top $230 billion within the next 15 years. It thinks that Canopy will claim at least $14 billion of that market and potentially as much as $37 billion. With its significant stake in Canopy (and the option to gain majority control of the company), Constellation could be in a strong position to be a leader in the global marijuana market.

Liberty Health Sciences currently has a market share of around 15% in Florida. But the company is ramping up its production capacity and will have the largest growing facility in the state when completed early next year. In addition, Liberty is adding more dispensaries to its four already in operation. The company thinks these efforts will help boost its market share to around 25%.

The math looks really promising for Liberty Health Sciences. A 25% market share of a market that will soon top $1.7 billion equates to $425 million annually. Liberty’s current market cap is only around $325 million. The company also has plans to expand into other states where medical marijuana has been legalized, giving Liberty even more growth opportunities.

3. Origin House
You might not have heard of Origin House — and for good reason. Until a few days ago, its name was CannaRoyalty, and even before then it was something of an under-the-radar marijuana stock. The company’s previous name reflected its roots in royalty streaming in the cannabis industry. Now, though, it has a different focus.

Origin House operates five licensed cannabis distribution and manufacturing facilities in California. The company has a saying, “Win California, win the world.” There’s some truth in the statement. Even with the rapid expansion of the legal recreational marijuana market in Canada and medical marijuana markets in Europe, California will generate nearly one-fourth of all global marijuana sales in 2022.

Winning California shouldn’t be too hard for Origin House. It already ranks as the top cannabis distributor in the state. The company also markets several of its own brands of cannabis products. Origin House plans to introduce more of its own brands throughout the rest of 2018 and into 2019, said CEO Marc Lustig on a phone call.

The company appears to be on track for profitability next year. With strong growth prospects in California and in Canada thanks to its acquisition of vape retailer 180 Smoke, Origin House should generate revenue of around $325 million by 2020, according to investment analyst Beacon Securities. That’s pretty much what the company’s market cap is now, which means that this stock should have a lot of room to run.

A dose of caution
Everything is not sunshine and roses with Constellation Brands, Liberty Health Sciences, and Origin House, though.

Liberty Health Sciences and Origin House focus on the U.S. market. There’s a little detail about this market that investors shouldn’t overlook: Marijuana is still illegal at the federal level in the U.S. Although the chances of a significant crackdown on marijuana businesses don’t appear to be great at this point, it remains a possibility.

In addition, Constellation’s rationale for investing in Canopy Growth assumed that the U.S. marijuana market would open up in the not-too-distant future. If that doesn’t happen, Constellation’s growth prospects in the cannabis industry will be seriously curtailed.

Last but not least, the latest big pullback shows that even stocks with solid prospects can be sucked into the downward spiral. Don’t expect any of these three marijuana stocks to buck a major downturn in the broader market. And there could be some more melting to come with the market meltdown.

But just as Godzilla usually meets his match near the end of the movie, the market will be eventually pacified as well. That should create an opportunity for Constellation Brands, Liberty Health Sciences, and Origin House to deliver — wait for it — monster returns.