Step-by-Step Guide on How to Invest in Marijuana Stocks 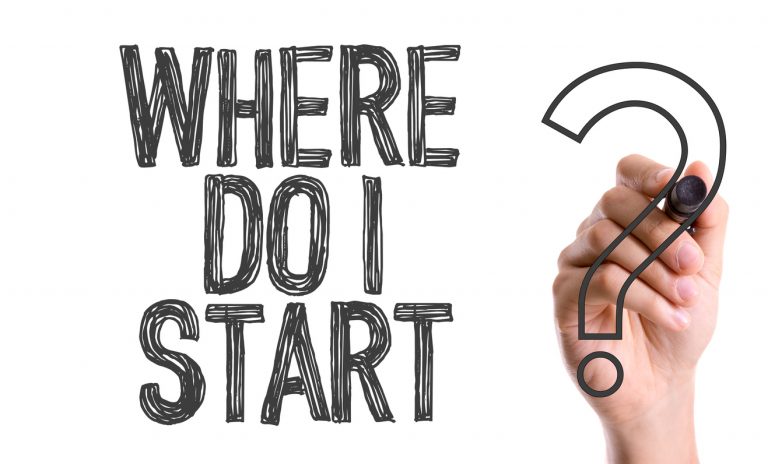 How to Invest in Marijuana Stocks
The marijuana industry may be the hottest play on Wall Street, but those who have been watching weed stocks closely know that it can be a roller coaster. Early investors in marijuana stocks, depending on if and when they sold, made a lot of money. Those who joined the party recently have not been quite so fortunate.
In the second half of 2017, the Horizons Marijuana Life Sciences Index ETF (OTCMKTS:HMLSF, TSE:HMMJ) soared 121% and closed out the year trading at $18.23. Things haven’t been so rosy in 2018; over the first 11 months of the year, HMLSF’s share price has tumbled more than 21% and HMLSF stock is trading hands at around $11.40.

To find these stocks though, you need to separate the marijuana stocks expected to grow like weeds from the chaff. It’s not as easy as it sounds.

The marijuana industry remains hot, but it is full of risk, just like any other sector. That is why investors need to approach investing in weed stocks like they would any other stock.
Below is the best approach for investors looking to invest in marijuana stocks.

Step-by-Step Guide to Marijuana Investing
Below are four steps investors should take when investing in marijuana stocks. To be fair, these steps are no different than the ones you would take to find any equity worth investing in.

Research the Company
When it comes to marijuana stocks, research the company. Because it’s your money, it’s better to take responsibility for your own research as opposed to the talking heads on TV or friends who may or may not understand the markets.

There are two approaches you can take when researching a marijuana company: fundamental and technical.
A fundamental analysis looks the company’s fundamentals—financial information like quarterly results, balance sheet, and income statements—to predict a trend.
Investors who approach marijuana stocks from a technical angle believe that chart patterns and past price performance can help predict what future prices will be.

How Much Do You Want to Invest?
Investors know that the stock market is not like gambling, no matter what your non-investing friends say. Having said that, whether it’s Wall Street or the Vegas Strip, never part with more money than you can afford to lose.

Many good investors have been left on the sidelines because they invested more than they should have and, in some cases, were leveraged beyond belief.
Stocks, in general, are volatile. Startup industries like marijuana are much more susceptible to growing pains. As a result, it can be difficult to pick the winners when an industry is in its infancy.
For proof, just look back to the excitement around the then-burgeoning dotcom and tech industry in the late 1990s.

What Is Your Investing Timeline?
How long is your investing timeline? Is your investing horizon years down the road or are you more of a day trader? Each has a different risk threshold, which will impact when you buy and sell.
If you’re a long-term investor, short-term fluctuations won’t matter. If you’re a short-term trader, determine the most you’re willing to lose and what profits you’re content with.

Buy Low, Sell High
At least, that’s the goal. To get there though, you need to know the basics about how to buy and sell marijuana stocks.

There are two types of “buy” orders: limit order and market order. Knowing the difference could save you a lot of money. A market order acquires a stock at the current market price.
With a limit order, you buy a stock when the price falls to, or below, the limit price you set. Because you have set a limit price, there is no guarantee you will be able to acquire the equity.

OTCMKTS and Legal Risks
Most marijuana stocks trade on the Toronto Stock Exchange (TSE), the Toronto Venture Exchange (TSX), and the Canadian Securities Exchange (CSE).
That’s because medical marijuana has been legal in Canada since 2001. As a result, Canadian marijuana companies have had almost 20 years to build their infrastructures, revenue streams, and develop partnerships, etc.

Many of these Canadian listed companies also trade in the U.S. but on the over-the-counter markets (OTCMKTS). Investors tend to shun the OTCMKTS because the companies that list there do not face the same kind of scrutiny that equities listed on the New York Stock Exchange (NYSE) and Nasdaq do.
Having said that, those same marijuana stocks that trade in Canada on the TSX and CSE are heavily scrutinized. So there’s no reason to ignore Canadian-listed marijuana stocks that are also trading on over-the-counter exchanges. You can find lots of information on the company’s financials on the corporate web sites and the TSX and CSE web sites.

The vast majority of Canadian and American marijuana stocks trade in Canada because recreational weed is legal there. Marijuana is illegal in the U.S. on a federal level. As a result, it is very difficult for marijuana companies to get listed on senior exchanges like the NYSE or Nasdaq.
Weed companies like Tilray Inc (NASDAQ:TLRY), Canopy Growth Corp (NYSE:CGC), Aurora Cannabis Inc (NYSE:ACB), and Cronos Group Inc (NASDAQ:CRON) have all benefitted from their listings in the U.S.
And more and more Canadian-listed marijuana companies have plans for being listed on the Nasdaq and NYSE.
Legal Risks

Technically, the federal government could step in and shut those operations down. But President Trump has said he backs states’ right to make up their own minds when it comes to marijuana. On the other hand, he has never said he wants to legalize recreational marijuana use on a federal level.
Moreover, because marijuana is illegal in the U.S., it can be difficult for American marijuana companies to raise capital or open bank accounts. That’s because U.S. federal laws make it difficult for banks and other financial institutions to lend to marijuana-related companies.
Until the U.S. does legalize marijuana on the federal level, there will always be legal risks associated with marijuana companies.

Should You Consider Marijuana Stocks for the Short Term or Long Term?
What kind of marijuana investor are you? Are you in it for the long haul or are you more of a day or swing trader?

Long-Term Marijuana Investment
Buy-and-hold traders take a long-term perspective to marijuana investing. If you’re a long-term trader, you don’t get anxious about short-term (daily, weekly, monthly) fluctuations. You’re more focused on long-term capital appreciation (what the marijuana stock looks like in five years, 10 years, 15 years, or longer).
If you’re a long-term marijuana investor, you adhere to a fundamental approach to research. Chances are, most of your marijuana stock portfolio will be made up of major marijuana players and even marijuana-related exchange-traded funds (ETFs) like the Horizons Marijuana Life Sciences Index ETF or the ETFMG Alternative Harvest ETF (NYSEARCA:MJ).
Researching those ETFs will also show you what marijuana stocks they deem worthy enough to be in their portfolios.

Marijuana Services Stocks
There are a large number of companies out there that service/support marijuana producers on various levels, with hydroponics, financing, setting up, or with e-commerce. Some of the more well-known marijuana services stocks include Scotts Miracle-Gro Co (NYSE:SMG), Marimed Inc (OTCMKTS:MRMD), and Namaste Technologies Inc (OTCMKTS:NXTTF, CVE:N).

When to Buy Marijuana Stocks
Despite the thrill of it all, most investors should take a long-term view of marijuana stocks. While this generally means not necessarily caring about short-term price fluctuations, the recent rollercoaster ride the entire marijuana sector has been on shows that when you initially buy a marijuana stock is just as important as when you sell.
In the summer of 2018, virtually every marijuana stock was on fire. Since October, marijuana stocks have been on a fire sale.

Fortunately, it’s not too late to get into marijuana stocks. That said, it’s important to monitor any marijuana stocks or exchange-traded funds you buy. If you’re risk-averse, it’s also important in these heady days to pay close attention to industry news.

When to Sell Marijuana Stocks
It’s impossible to time the market, especially emerging sectors like marijuana.
For the most part, because the weed industry is in its infancy, it’s best suited for experienced investors or those who thrive on risk. Green investors aren’t generally as patient as seasoned investors and can get sucked in or spooked easily by corporate press. This can result in buying and selling at the wrong time.
When it comes to marijuana stocks, whether they’re the big players or more speculative in nature, you have to figure out your risk/reward threshold.
You also have to ignore the noise on the street. That’s why it’s imperative that you do your own research, keep track of the stock (even if you’re in it for the long haul), and monitor the industry.

U.S. vs Canadian Marijuana Stocks
Canada is the land of legal pot and marijuana stocks, but the U.S. is where the potential is.
Canada has a population of just 36 million, less than that of California. In 2017, Canadians purchased $4.6 billion worth of marijuana. Keep in mind, this was before recreational weed became legal. By 2020, marijuana sales in Canada are projected to hit $6.5 billion. (Source: “Canada’s appetite for legal cannabis could be almost as big as it is for wine, CIBC says,” CBC, May 9, 2018.)

Compare that to California, which only began to legally sell recreational cannabis on January 1, 2018. This year, California’s marijuana sales are projected to reach $7.0 billion.

Canadian marijuana stocks are focused on Canada and international expansion—mostly in regions that are pot-friendly, including Europe, Central America, South America, and Australia. Some Canadian marijuana stocks are preparing for the eventuality of weed becoming legal in the U.S., but because of federal regulations, are not as aggressive as they are with other international markets.

Are Marijuana Stocks a Low-Risk Investment?
I’ve yet to meet a low-risk investment. Even well-established, low-risk investments like Enron Corporation, Nortel Networks Corporation, and WorldCom seemed to catch well-informed investors off guard. Investing becomes even riskier when dealing with emerging industries like marijuana. But investing in marijuana stocks doesn’t need to be risky. The sector may be finding its feet, but the fact is the marijuana industry isn’t going anywhere. It’s gaining traction and the long-term outlook remains exceptionally bullish.

Analyst Take
Recreational and medicinal marijuana is a multi-billion-dollar industry that is in its infancy. And it’s one of those rare times that investors can still get in on the ground floor. But they have to exercise caution.

Investors that aren’t afraid to conduct some serious due diligence can lower their overall investing risk and could realize amazing short- and long-term gains.

One big reason for the broad-based optimism is the mainstream acceptance of legal marijuana by Wall Street. There are pure-play marijuana stocks out there attracting attention. And those companies are inking strategic partnerships initially thought to be outside of the marijuana smokehouse. Constellation Brands, Inc. (NYSE:STZ) invested in Canopy, Molson Coors Brewing Co (NYSE:TAP) is developing non-alcoholic-infused cannabis drinks with Hexo, and The Coca-Cola Co (NYSE:KO) is said to be still eyeing a potential partnership.

These partnerships are not going to send the world ablaze, but it does go to show that the legal marijuana industry is far more lucrative than investors first thought or could have imagined.
Vivien Azer, the only pot analyst from a major Wall Street research house, recently predicted that the cannabis market could eventually be worth $500.0 billion. (Source: “No. 1 Wall Street pot analyst says the marijuana market will be much bigger than she first thought,” MSNBC, October 10, 2018.)
Before the legal marijuana industry gets anywhere near that kind of valuation, it will experience numerous periods of volatility. That shouldn’t be a surprise to any investor. Every new industry faces growing pains, even the budding marijuana market.