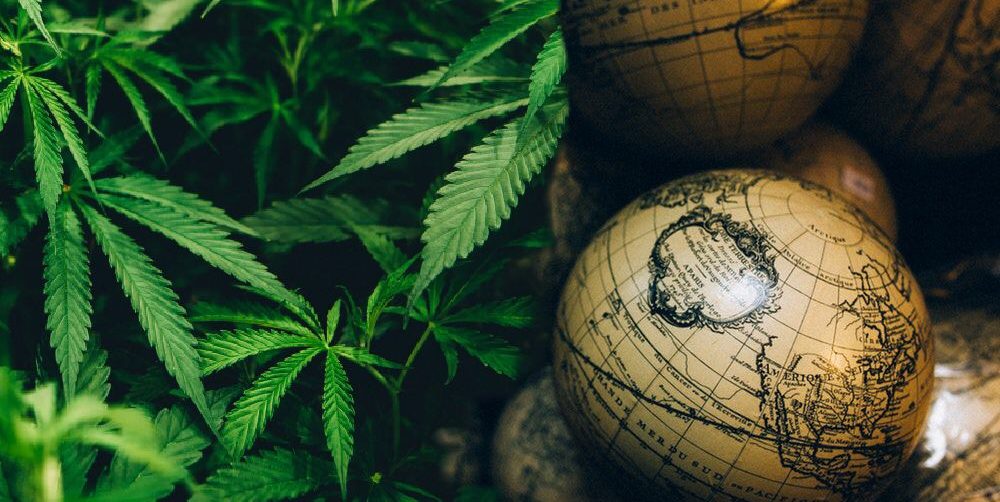 For the first time since Cannabis was included in the Single Convention drug treaty, the scheduling status of Cannabis within International law is being updated. The World Health Organization (WHO), the only agency mandated to do so, has officially assessed all available evidence and is issuing scientific recommendations on the therapeutic value and harms related to Cannabis sativa L. The very positive outcome clearly acknowledges medical applications of Cannabis and cannabinoids, re-integrates them into pharmacopeias, balances harms, and de facto repeals the WHO position from 1954 according to which “there should be efforts towards the abolition of cannabis from all legitimate medical practice.”

Such a move is a major breakthrough in international Cannabis policy, and a clear victory of evidence over politics. Policies will be affected globally and reform inspired at the national level. Many countries rely on the Treaty’s schedules: changes will affect them directly. Countries that have their own schedules will be eased in their reforms. Also, other international bodies such as the INCB (International Narcotics Control Board) will now provide guidance to countries, and monitor access and availability of Cannabis and cannabinoids in our health systems globally. Their next report expected in February will give insights on their new position.

53 UN countries now have to approve these WHO recommendations, thus amending the Convention’s schedules if the simple majority vote is positive. Initially planned for March 2019, it is entirely possible that the 2-months delay in the publication of the results postpones the vote until March 2020.
FAAAT think & do tank has been a driving force throughout this process and has served as a watchdog to ensure the independence, objectivity, and comprehensiveness of the assessment.
WHO has shown great resolve in delivering these strong recommendations: they now need to be understood, respected and implemented.

This international scheduling proposed by WHO provides a highly simplified and normalized international control as well as an increased possibility for countries to provide legal and safe access for medical use and research in a pragmatic, coherent, and rights-enhancing manner. This un-exceptionality of Cannabis should allow other UN programs to get more involved with Cannabis and cannabinoids.

Michael Krawitz (Global policy adviser, FAAAT), “Today, the WHO has gone a long way towards setting the record straight. It is time for us all to support the World Health Organization’s recommendations and ensure politics don’t trump science. Advocates thank the WHO Experts for their work, and WHO leadership for consistently defending the medical needs of our world.”

Kenzi Riboulet-Zemouli (Head of research, FAAAT), “This is the best outcome that WHO could possibly have come up with. This it’s just a beginning of a new evidence and health-oriented cycle for international Cannabis policy” 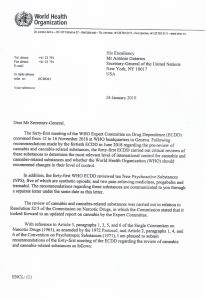