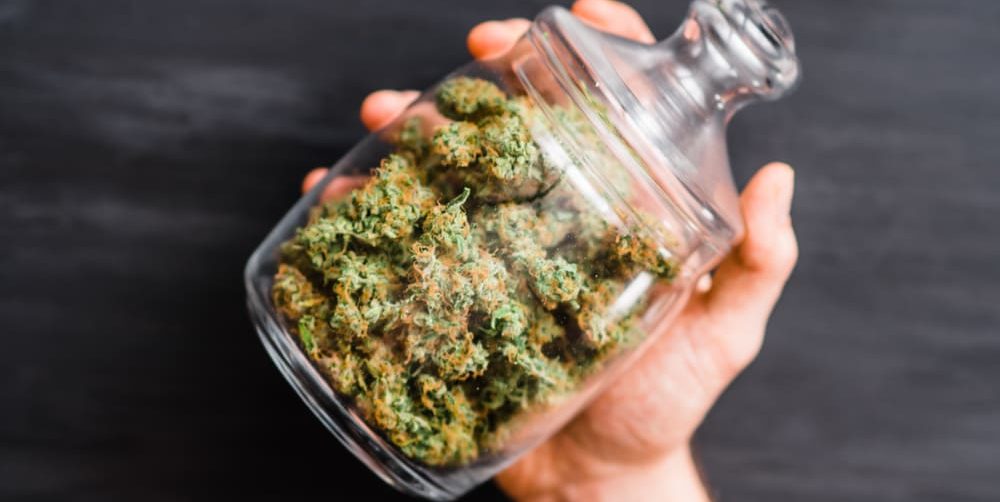 On Thursday afternoon, top lawmakers in the Connecticut House of Representatives announced their plan to legalize cannabis for adult use. Speaking at a press conference, General law chair Rep. Michael D’Agostino, Judiciary Committee chair Rep. Steve Stafstrom and Finance, Revenue and Bonding Committee member Rep. Jason Rojas—all Democrats—discussed the details of the legislative process and what Connecticut residents should expect next. Here are the major takeaways.

Live: Connecticut Lawmakers Unveil Legal Weed Legislation
10 U.S. states have legalized cannabis for adult use, but only one state, Vermont, did so through the lawmaking process, rather than a statewide vote. If Connecticut legalizes cannabis this year, it will have done so in the same way. General Law Committee chair Michael D’Agostino commenced Thursday’s process conference with a word on exactly what that process will look like.

D’Agostino said that Connecticut was approaching legalization in three areas: regulation, decriminalization, and monetization. Each of those three areas falls under the purvey of a specific House committee. And each committee will be proposing its own set of bills focused entirely on its area of cognizance. Thus, D’Agostino stressed that lawmakers were at the very beginning of the process. He called the multiple proposals a “a first bid,” with “nothing set in stone.” Once the bills have undergone multiple hearings and revisions to satisfy committee members, they will all be packaged into a single, comprehensive bill for the legislature to consider.

The Judiciary Committee’s Three Bills to Legalize Cannabis in Connecticut
After D’Agostino’s introduction on process, Rep. Steve Stafstrom of the Judiciary Committee spoke on the three bills currently pending in the committee. One bill would legalize possession of up to 1.5 ounces of cannabis to persons at least 21-years-old. It also proves for criminal record erasure and lays out a process for filing for expungement.

A second bill would create new, separate impaired driving rules that apply just to cannabis. Rules would prohibit any consumption of cannabis while driving, whether or not a driver is under the influence of cannabis. They would also prevent passengers from smoking inside a vehicle. Finally, the second bill would set aside funds to train police as “drug recognition experts” to screen suspect drivers.

The Judiciary Committee’s third bill will likely rankle supporters of cannabis legalization. According to Stafstrom, the bill would not require employers in Connecticut to make special accommodations for employees’ use of cannabis.

Finance Committee is Eyeing Tax Structure Based on Massachusetts
While legalization has generated lots of interest on the revenue side, Rep. Jason Rojas explained that the taxation piece of the puzzle would necessarily come later, after the other committees had finalized their legislation.

But Rojas wants to make sure Connecticut isn’t competing with Massachusetts. Lawmakers want residents buying weed in-state, not across the border. So for now, committee lawmakers are eyeing an overall tax rate of about 20 percent. They expect that tax scheme to carry the retail program for two years, at which point they will reconsider the structure. Rojas did say that Connecticut would levy excise and sales taxes, and that local authorities could level additional taxes on businesses. The tax structure will become clearer in April, Rojas said.

Connecticut Will Take “An Aggressive Approach to Equity” in the Cannabis Industry
A major point of Thursday’s press conference was the importance of ensuring equitability and access to the economic benefits of a legal cannabis industry. And in this respect, legalization advocates have made their strongest mark on the draft legislations.

Fielding questions about equity from reporters, D’Agostino said that people designated as “equity applicants” would have a head start on the application process. So cannabis business license applicants who come from communities with historically high arrest and conviction rates for marijuana offenses would be able to submit applications three months ahead of other applicants. During the press conference, committee lawmakers stressed the importance of redressing the past harms of prohibition and criminalization in Connecticut.

The bills that committee lawmakers are proposing would establish temporary rules to allow medical dispensaries to sell to retail customers. Lawmakers say that dispensaries could start selling cannabis products by the end of the year. But registered medical cannabis patients will have access to more potent products. Once medical dispensaries start selling to retail customers, the state will collect data to help shape how it licenses strictly retail sellers.

But lawmakers couldn’t provide any definitive answers about exactly when Connecticut’s retail industry would be in full swing. Rather, they continued to emphasize that the process was in its initial stages. Expect the legislative process to take time– probably a year at least.

In Connecticut, Still High Hopes for Legalization in 2019
Connecticut decriminalized possession for personal use in 2011. Get caught with less than a half-ounce of cannabis, hash or concentrate, and you’ll simply face a civil penalty of $150 for a first offense. The “weed ticket” doesn’t show up on a criminal record or background check, just like a moving violation.

Last year, Connecticut came close to legalizing adult-use cannabis. In April 2018, the House Appropriations Committee voted 27-24 to support a legalization measure. While the bill wouldn’t have directly legalized cannabis, it would have directed state agencies to come up with a plan for legalizing and regulating a retail industry. But as activists rallied at the state Capitol in Hartford, lawmakers essentially ran out the clock. Joe Aresimowicz, a former House Speaker, opted not to bring the measure to a full floor vote.

But 2019 feels different, according to legalization advocates. With Democrats controlling both chambers of the state legislature and a governor who has vowed to make cannabis legalization a priority, it’s easy to see why supporters of drug reform are optimistic that this is their year. In Connecticut, the political landscape favors progressive marijuana legislation. But so does the region. Retail weed sales have already begun across the state border in Massachusetts. And both New Jersey and New York are moving inexorably toward a vote on legalization.