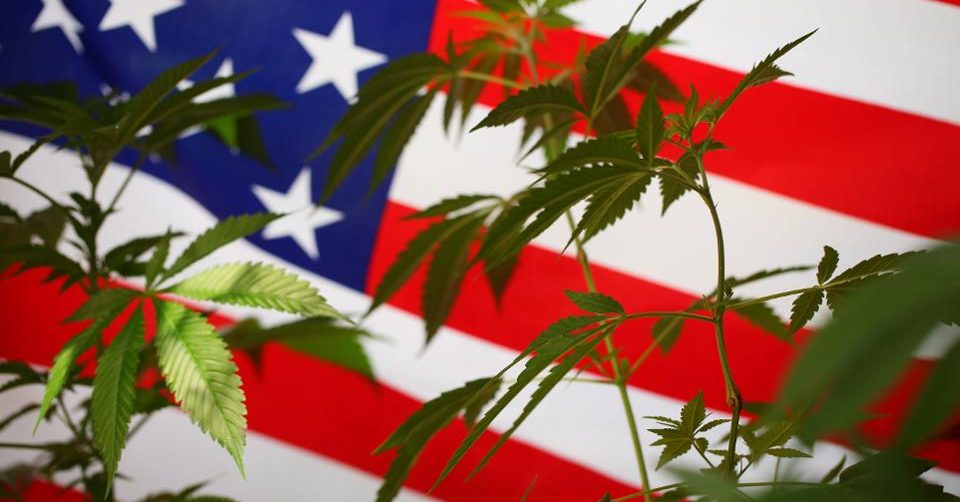 Ready or not, marijuana legalization is on the verge of happening nationwide. Or so they say.

Although Congress really hasn’t made much progress on the issue of cannabis reform in the past nine months, some federal lawmakers still insist that the nation is close to tearing down the walls of marijuana prohibition in the United States, potentially before the end of the year.

Representative Earl Blumenauer of Oregon, one of the founders of the Congressional Cannabis Caucus, recently told a Portland television station that the stars were aligning on Capitol Hill with respect to legal weed.

The lawmaker is as confident as ever that we still have a fighting chance of seeing it come to pass in 2019.

“We are in really great shape,” he told KATU-TV. “We’ve got things keyed up. I think there’s a great chance of doing it this Congress—maybe even this fall—depending on how crazy things get.”

From where I am setting, however, it seems highly unlikely that the same grey-haired Congress that hasn’t yet managed to pull it together on a simple banking bill is all of a sudden going to rise up and legalize the leaf nationwide as its Christmas gift to the nation.

Sure, the SAFE Banking Act has a heck of a lot of sponsors in the House of Representatives — and more Republican support than you might imagine — but there is still no sign that Senate leadership, a crucial component to all of this bill passing business, is prepared to embrace any pot-related legislation.

As far as we know, Senate Majority Leader Mitch McConnell still isn’t willing to make even the slightest move toward legal weed, especially if it means assisting the Democrats in furthering their “socialist” agenda.

In fact, earlier this year, McConnell called himself the “Grim Reaper” when pledging to put a stop to any Democratic proposal that crosses his path. “They won’t even be voted on,” he said.

However, McConnell only has so much control.

There have been some wicked, unforeseen developments to fester to the surface of the cannabis scene over the past month or so that could twist the arms of prohibitionist dregs and force old Uncle Sam to throw his hands up with respect to marijuana prohibition and legalize once and for all.

The following are two of the most pressing matters that might give Congress absolutely no choice but to surrender to marijuana legalization in the interest of public health and safety.

When Mitch McConnell made it his mission last year to legalize industrial hemp in the United States for the first time since 1937, he probably didn’t think for a second that it was going to inadvertently lead to marijuana legalization. But ending pot prohibition at the federal level might be the only way out of the conundrum that he has created.

You see, law enforcement can’t seem to distinguish between legal hemp and marijuana. After all these decades, the cops still don’t have the technology to tell the difference between the two plants.

And that spells trouble.

It is already causing a slew of problems in states like Colorado, Tennessee and Texas. So much, in fact, that some prosecutors are now abandoning pot-related cases simply because they cannot prove whether an alleged offender is mixed up with illegal marijuana manufacturing or if they are simply part of the new legal hemp industry.

Sure, at least one state Attorney General has stepped up and offered to prosecute pot crimes using federal statues for states mixed up in this mess. But how long can such a thing go on?

As more states move to establish their own hemp laws, which is inevitable, the confusion is only going to become more problematic, creating a situation where felonious marijuana-related crimes can no longer be tried fairly in a court of law. And if pot cases can no longer be prosecuted, well, what’s the point of it being illegal?

People all across the United States are developing potentially life-threatening lung issues as a result of using marijuana vaporizers. There have been hundreds of cases reported nationwide where vape users have been admitted to Intensive Care Units of local hospitals for pneumonia-like respiratory infections.

In some instances, victims have fallen into comas and have needed machines to keep them alive and kicking. At the time that this article was written, there has been at least one death connected to this scourge. This health problem is a direct result of federal cannabis prohibition.

Just like the days when alcohol was outlawed in the United States, back when thousands of people died every year as a result of tainted liquor produced in the underground, black market criminal organizations are counterfeiting popular cannabis brands.

These knock offs are being sold all over the country — even in states where weed is legal – and it could get worse before it gets better.

As I pointed out in my last column for Forbes, as much as 80 percent of all package cannabis vapes are imposters and not to be trusted. Even if a vape product appears to be legit – and many of them do — that doesn’t mean that they are fit for human consumption.

The only way to curb (or stop) this sort of thing from happening is to end marijuana prohibition at the federal level and allow weed to be taxed and regulated like tobacco and alcohol. It is conflicting state and federal law that has allowed the black market to swell into the monster that it has become. So, if fake cannabis vapes end up spawning a vicious health epidemic that puts more Americans at risk of life threatening health issues, that might be enough to inspire the federal government to make a change.

Let’s just hope that something happens, though, before more people end up sick or dead.