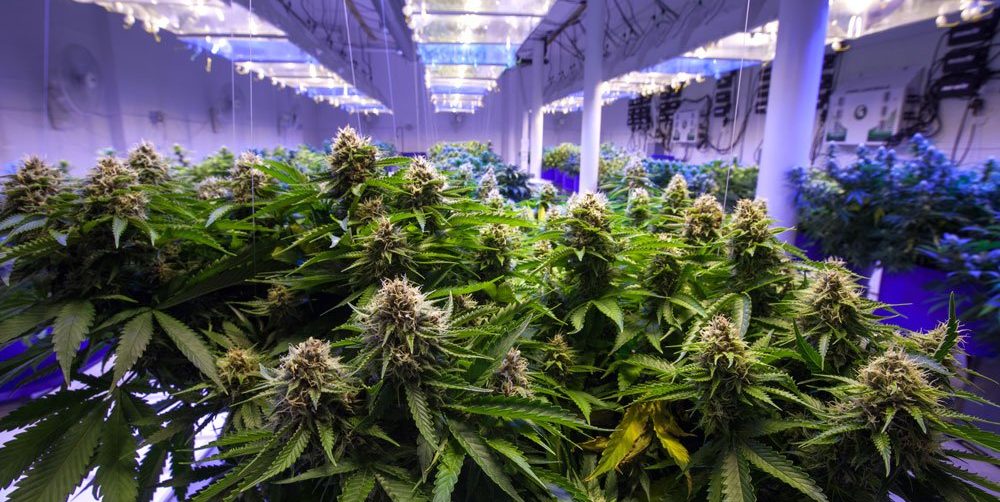 This past Thursday just before 4/20, U.S. Sen. Bernie Sanders signed on as a co-sponsor of the Marijuana Justice Act, a bill that was introduced last year by Sen. Cory Booker.

The bill would remove cannabis from the Controlled Substances Act, finally ending the disconnect between state and federal law in states that have legalized medical or recreational cannabis. Notably, the bill would also punish states with outdated and detrimental cannabis laws by withholding funding. It would compel courts to expunge past cannabis convictions and allow people to file lawsuits if they were punished under disproportionately enforced cannabis laws.

“We are spending $80 billion locking people up,” Sanders tweeted on April 19. “Think about what it would mean if we invested that money in our people instead of more jails.”

People of color in America are punished with jail time at disproportionate rates despite consuming cannabis at similar rates compared to white people. Sen. Kirsten Gillibrand is also a co-sponsor of the bill. On April 19, Sanders joined Booker in a live video chat posted on Facebook, discussing federal cannabis reform.

The money taken from restrictive states would be rerouted to fund job training and libraries. It’s one of the boldest cannabis legalization bills yet. It’s not the only federal legalization bill in the works, however. On the same day, Sen. Minority Leader Chuck Schumer announced that he will soon introduce an entirely separate bill that would also remove cannabis from the Controlled Substances List.

Cannabis reform has proven to be a major selling point, because of its near-universal support from both Democratic and Republican Americans.

Scotts Miracle-Gro has agreed to acquire Sunlight Supply Inc., with the intention of turning Scotts Miracle-Gro’s subsidiary, Hawthorne Gardening Company, into a hydroponic supply powerhouse, according to an April 17 press release. It’s the largest deal in the company’s history.

Sunlight Supply Inc. was purchased for $450 million—with an eye-popping $425 million in cash and the remaining $25 million in stock. This agreement will set up Hawthorne Gardening Company to serve over 1,800 hydroponic supply retail customers across the United States. The hydroponic supply brands Gavita, Botanicare, Can-Filters and General Hydroponics are all owned by Hawthorne Gardening Company.

“We are creating a game-changing moment for Scotts Miracle-Gro, for Hawthorne, the hydroponic products industry and the users of our products,” stated Jim Hagedorn, chairman and CEO of Scotts Miracle-Gro. “Combining Hawthorne’s industry-leading product portfolio with Sunlight’s unparalleled distribution capabilities and complementary portfolio will benefit consumers and all stakeholders in the hydroponic marketplace. It reinforces our confidence in the future of this industry and takes Hawthorne to a new level as a business with unique competitive advantages.”

The symbiotic relationship between Scotts Miracle-Gro and the cannabis industry is no secret and is nothing new. The company has an endless list of nutrient mixes, some of which are suitable for cannabis, and the company sees an uptick in sales every time a new cannabis law is implemented.

This new move will put Hawthorne Gardening Company in a position to be the most technologically advanced supply company in the cannabis hydroponics industry. While Hawthorne’s sales dropped about 30 percent from January to March due to dramatic regulatory changes in California, the company has high hopes for sales after this deal.

Sunlight Supply Inc. is based out of Marysville, Ohio and has nine distribution facilities across the U.S. The deal is expected to double the company’s sales to cannabis growers, according to Bloomberg. The acquisition is expected to close before June 1.