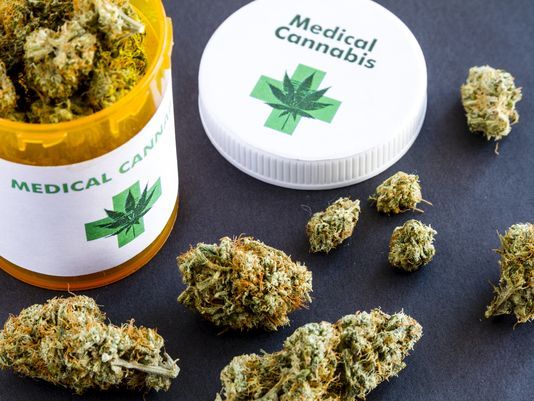 A temporary ban on medical marijuana dispensaries in Bonita Springs is set to continue after an early Monday morning City Council meeting, despite last week’s decision to roll back the ban.

The council set March 21 as the day all dispensary talks will be settled — the decision will be made to either permanently ban or allow the shops and to forgo anymore temporary moratoriums.

Until then, no dispensary business permits can be submitted because of a zoning-in-progress the council approved Monday by a 5-2 vote, showing any would-be developers that there is still an issue being resolved.

Last week the council voted 3-3 to stop a yearlong temporary ban on medical marijuana dispensaries. A tie automatically fails, and the ban would have expired Friday, March 2.

“It really is just an outright ban without saying it’s an outright ban to anger people who voted to put us here,” Gibson said. “I believe the people have a right to buy it locally.”

Last week’s absent councilor, Peter O’Flinn, asked to revisit the issue, leading to the specially called Monday meeting, which was posted and noticed Friday, the same as every other City Council meeting. The council’s regular meeting day is Wednesday.

Several audience members and councilors said the notice time for Monday’s meeting was too short. The charter requires 12 hours of notice before a special meeting.

“I do have a problem with this being 8:30 a.m. on a Monday and just getting notice of this on Friday,” Gibson said. “I think this is way too fast.”

A couple dozen people attended the meeting, many with a personal interest in the decision. Some were people working with doctors to get access to medical marijuana, while others were doctors or advocates promoting the benefits of easy brick-and-mortar access for Bonita Springs residents.

Delivery services offered from a North Fort Myers dispensary, the closest one to Bonita Springs, cover the local area, but Shannon Livingston, of the Livingston Foundation for Cannabis Education, said it isn’t enough.

O’Flinn said the effectiveness of delivery services will be looked at for the March 21 meeting.

“The constitutional amendment everyone voted for is access, not bricks and mortar,” he said. “The state set up an entire regime for safe access, and that includes home delivery.

“I want to be sure that, as a practical matter, home delivery works. That’s the basis of the constitutional amendment. I take that seriously.”

While most of the audience members spoke in favor of dispensaries in the city, a couple voiced their worries.

“I don’t think it’s good for the city of Bonita to have dispensaries,” said Joe Walsh, of Bonita Springs. “I don’t think it’ll help our city evolve. There’s no reason people can’t drive to North Fort Myers. And we already have a delivery system.”

Some councilors feared a flood of dispensaries would inundate Bonita Springs and asked City Attorney Audrey Vance to look into the possibility of eliminating the ban, allowing two to four dispensaries to submit business permits, then reinstate the ban.

“If (that is legal), then I would not vote for (a ban) at the second reading,” Councilor Fred Forbes said. “What I would like to see … is, would it be legal if we do it?”

Not all councilors were on board with this option.

“I think it would be a jerk move if we let in three to four (dispensaries) then close the door,” Councilor Greg DeWitt said.

Mayor Peter Simmons said he would not like to see stand-alone dispensaries in the city, if at all possible.

“There is no way, no how I want to deny people who need and are medically proven to need this at all, but at the risk of letting ‘head shops’ in town, I have zero interest in that,” he said.

A “head shop” is a store that sells marijuana paraphernalia such as pipes and bongs, Gibson said. A dispensary would not be allowed to sell anything other than the regulated oils and creams.

“Bonita does have at least one head shop that I know of,” he said. “I drive by it almost every day.”

Nick Garulay, owner of My Florida Green, a medical marijuana certification center, said a stigma still exists around the drug.