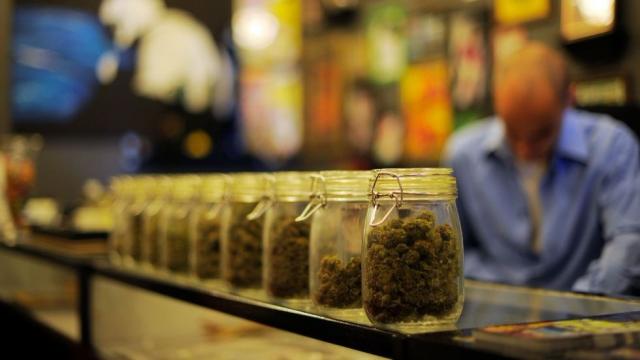 Lawmakers in Maine are confident they have the votes to override a likely veto by Gov. Paul LePage (R) on a bill legalizing recreational marijuana.

The state Senate on Tuesday passed the bill in a concurrence vote of 25-10; the House also approved it last week by a veto-proof margin. Legislators in the House believe their bloc of support for the bill will hold if the governor follows through on his promise to use a veto, according to the Portland Press Herald.

LePage has said he will strike down the bill over concerns that legalizing an adult-use marijuana program would create a second set of regulations and taxes on the substance in addition to the state’s existing medical marijuana program.
LePage has 10 days left to decide on the bill, which would likely allow the state to issue recreational marijuana licenses for businesses in the spring of next year.

The state House also approved a bill Friday aimed at overhauling the medical marijuana program, allowing doctors to prescribe marijuana for any medical problem and lifting market restrictions on dispensaries.

Maine’s neighboring state of New Hampshire decriminalized marijuana last summer, one month after a push to legalize the drug in Vermont failed. Eight states and the District of Columbia currently allow marijuana to be used recreationally.