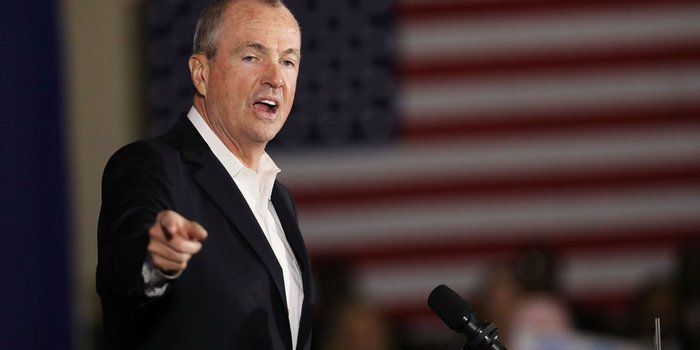 Not long ago, New Jersey had a medical marijuana program restricted to no more than 20,000 people, but that was the Gov. Chris Christie era. The campaign cannabis promises of new Gov. Philip Murphy are quickly becoming true. New Jersey is not only shaping up as the next big market for cannabis entrepreneurs, it’s also a good civics lesson on how one election can radically change public policy.
Murphy, an advocate for both medical and recreational marijuana during the campaign, acted in his first two months in office to expand the number of conditions that can be legally treated in New Jersey’s medical marijuana program. That’s something Christie had refused to do, saying it was a backdoor to legalization of recreational marijuana. Murphy said Christie’s view constrained the system. He’s expanded the conditions that can be legally treated with cannabis to include chronic pain, anxiety and migraines.

In announcing the expansion, Murphy said marijuana patients “should be treated as patients, not criminals. We will be guided by science.”

Additional Changes
Murphy made his decision based on a review of the system he ordered after taking office in January. Among the other review panel recommendations:
* Cutting registration and renewal fees from $200 to $100 every two years
* Cutting that amount to $20 for senior citizens and veterans
* Allowing an unlimited supply to those in hospice
* Allowing edibles for all patients
* Studying the possibility of marijuana home delivery
* Elimination of the need for physicians to sign onto a state registry before prescribing medical marijuana

The New Jersey Legislature is considering different proposals. Whether there is enough support for legalizing recreational marijuana in the legislature remains to be seen.

Projections on a potential New Jersey recreational marijuana market estimate it would generate as much as $1 billion a year. One of the issues to be decided is how high of a tax rate the state would put on marijuana. State lawmakers have said they hope to create a compromise bill and have it before Murphy by the end of the year.