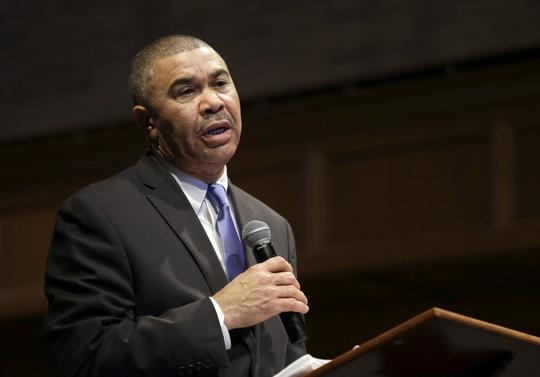 Rep. William Lacy Clay is one of 35 House Democrats co-sponsoring legislation that would decriminalize marijuana in federal statutes and penalize states that don’t legalize it and have high rates of pot-related arrests and incarceration.

The bill has little chance of passing in this Republican-controlled Congress, but it could get a second look if Democrats take control of the House in November. A key Senate Democrat up for re-election, Dianne Feinstein of California, reversed course and said this month she was dropping her opposition to legalizing recreational marijuana.

These developments here come in the midst of Missouri’s House of Representatives passing legislation to legalize medical marijuana.

The federal bill’s introduction here highlights the battle between states that have legalized private use of for medical purposes, and a federal government under President Donald Trump and Attorney General Jeff Sessions that has reversed Obama administration moves toward easing federal prosecution of marijuana offenses.

HR 4815 was introduced in January. Clay, D-St. Louis, signed on late last month. The bill would remove marijuana from coverage under the Controlled Substance Act and “eliminate criminal penalties for an individual who imports, exports, manufactures, distributes, or possesses with intent to distribute marijuana,” according to a synopsis of the bill.

The bill also “directs federal courts to expunge convictions for marijuana use or possession,” the summary says. And it “prohibits and reduces certain federal funds for a state without a statute legalizing marijuana, if the Bureau of Justice Assistance determines that such a state has a disproportionate arrest rate or disproportionate incarceration rate for marijuana offenses.”