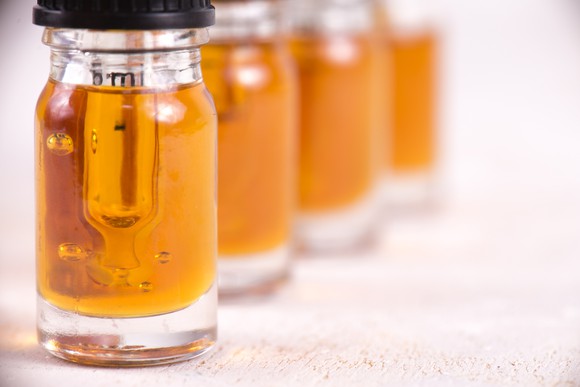 Few industries have investors seeing green quite like legal marijuana. According to cannabis research firm ArcView, in partnership with BDS Analytics, the North American legal weed market grew by 33% in 2017 to $9.7 billion. A decade from now, we could be looking at more than $47 billion in annual North American sales.

While expansion at the state level in the U.S. is expected to play a role in boosting these sales figures, all eyes in the interim are on Canada, which is expected to become the first developed country in the world to legalize recreational cannabis this summer. Bill C-45, which is better known as the Cannabis Act, is set for vote in Canada’s Senate on June 7, and could swiftly be moved through its federal government to be signed into law shortly thereafter. Legalizing adult-use weed could lead to $5 billion in sales being added annually to Canada’s pot industry.

In anticipation of this highly-expected legalization, Canadian growers have been angling to expand their growing capacity as quickly as their balance sheets will allow. Though capacity has remained exceptionally fluid as a result of partnerships, dealmaking, and acquisitions, there are now seven growers that appear to have a pathway to 100,000 or more kilograms of dried cannabis-equivalent production by 2020 or 2021.

Cannabis oils may be the secret to investor success in the marijuana space
Yet, gross production capacity doesn’t adequately tell the tale of which cannabis growers are best positioned to succeed. Instead, I’ve opined that marijuana growers that focus more of their efforts on cannabis oil as opposed to cannabis flowers are more likely to see beefier margins and have a greater chance at significant profits.

If you think about it, dried cannabis has become somewhat of a commoditized market in Canada. As the number of growers and export licenses has grown, and the supply of dried cannabis has increased, prices have generally fallen over time. Even with what little data we have on this, we’ve witnessed a pretty steady decline in wholesale marijuana prices on a per-gram and per-pound basis in U.S. states like Washington, Colorado, and Oregon over time.

By comparison, cannabis oil prices have held up exceptionally well. Cannabis oil is focused on niche market customers and is considerably easier to transport or export relative to dried cannabis. Not to mention, of the more than two dozen countries that have legalized medical weed in some capacity, not all have laws that allow dried cannabis to be prescribed, as of yet. Oils, on the other hand, are more broadly accepted and tend to be preferred by physicians since the product doesn’t need to be smoked.

Canadian cannabis oil exports are growing like a weed
Just how impressive has cannabis oil demand been? According to an April-published report from Marijuana Business Daily, Canadian cannabis oil exports grew from zero in 2015, when the Canadian parliament was run by conservative lawmakers, to 100.8 kilograms in 2016. Last year, they essentially quadrupled to 400.4 kilograms, with 114 company-based export applications on record as of 2017, up from 64 in 2016.

Where is all of this cannabis oil going? As Marijuana Business Daily’s data shows, Germany and Australia accounted for 168.7 kilograms and 145.4 kilograms, respectively. The remaining 86 kilograms was divided between Croatia (36.8 kilograms), the Cayman Islands (24.3 kilograms), and five other countries (24.8 kilograms). Considering that Canada and the Netherlands are the only two countries actively exporting any cannabis products at the moment, Canadian growers are expected to have quite the competitive advantage over any new entrants.

In cannabis oils these growers trust
Though all cannabis growers appear to be making a concerted effort to devote at least some of their production to oils, some have made significant strides to incorporate oils and extracts as a significant component of total sales.

For example, Canopy Growth Corp. (NASDAQOTH:TWMJF), which also happens to be the industry’s kingpin, reported in February that its most recent quarterly results included the sale of 2,132 liters of cannabis oil (roughly equivalent to 262 kilograms). These 2,132 liters accounted for 23% of Canopy Growth’s total sales in the third quarter, up from just 13% of total sales in the prior-year quarter. Canopy Growth is clearly focusing on its softgel capsules domestically and overseas, which should have a positive impact on the company’s average selling price on a per-gram basis, as well as its overall margin.

Another cannabis grower that’s taken the potential top- and bottom-line benefits of oils and extracts to heart is Ontario-based MedReleaf (NASDAQOTH:MEDFF). The company’s third-quarter operating results showed that MedReleaf now generates 21% of its total revenue from the sale of extracts, up from just 3% in the year-ago quarter. With extracts expected to be a key growth driver domestically and overseas, MedReleaf’s management appears to have set the company up for long-term success.

Of course, investors should also understand that nosebleed valuations and share dilution run rampant throughout the industry. With little access to traditional fundraising, Canadian cannabis companies have turned to bought-deal offerings to raise capital that can be used to expand their growing capacity and product lines. This dilution may wind up weighing down profits on a per-share basis, even if oils provide a nice boost to operating margins.

In short, cannabis oils will likely play an important role if pot stocks are to succeed, but they’re in no way a golden ticket to profits.