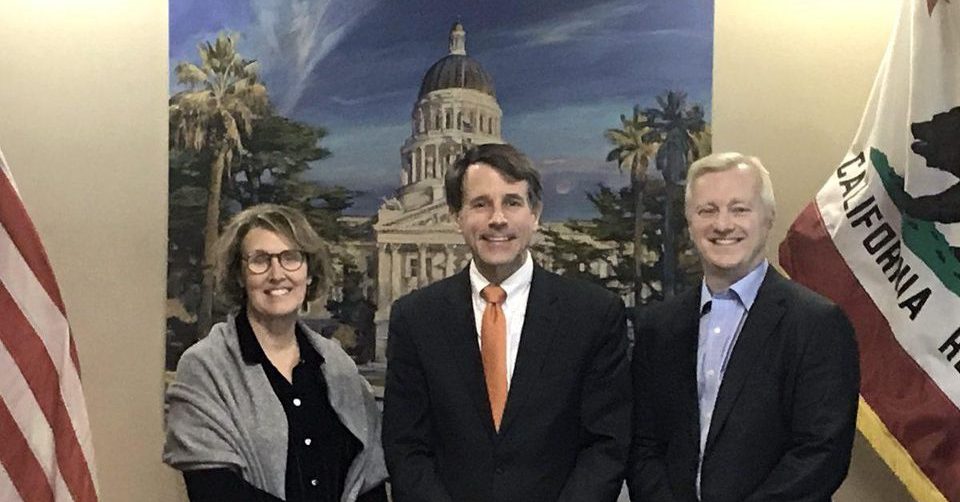 The cannabis industry has garnered a lot of hype. But the plant’s federal illegality hinders it from functioning as a legitimate line of business. The most common example of this is the lack of financial assistance (read: banking) available to the industry. Another crucial service withheld from cannabis businesses is insurance. Dave Jones, California’s Insurance Commissioner, has aimed to change that since the beginning of 2017. After a year-and-a-half of encouraging insurers to write insurance for the legal cannabis industry, various forms of protections are now available to cannabis businesses.

On June 4, Commissioner Jones announced the approval of the first Cannabis Business Owners Policy (CannaBOP) in California. Crafted by the American Association of Insurance Services, the CannaBOP program is a package consisting of property and liability coverage for dispensaries, processors, manufacturers, distributors, cannabis storage facilities and other relative businesses operating in the state. As of now– even with the new program in place– the majority of cannabis businesses have no choice but to absorb the cost when something goes awry, which can mean losing millions of dollars. No other legalized businesses or industries face that kind of financial risk.

“My objective is anytime a consumer walks into a cannabis retail facility or a vendor enters into a contract or delivers goods to a cannabis business, or any time someone invests in or operates a cannabis business, insurance is in place to cover risks,” Commissioner Jones said in a phone interview, “just as there is in any other form of business in California.”

But the CannaBOP isn’t the only major announcement this month regarding insurance coverage for the cannabis industry. In May, Commissioner Jones approved California Mutual Insurance Company as the first provider in the state to add lessor’s risk coverage for property owners who are exposed to risks from renting to tenants who use the space for commercial cannabis-activities. The lessor’s risk coverage policy provides liability and property insurance for commercial property owners who lease building space for cannabis labs, product manufacturing, cultivation, and dispensary operations.

“Things are moving in a positive direction [in California],” said Commissioner Jones. “But there’s a lot of room for more carriers to come into the market. I’m doing everything I can as the regulator of the largest insurance market in the U.S. to encourage insurers to provide coverage for the cannabis industry.”

The motivation behind this most recent push for coverage followed reports stating that the Trump Administration would refrain from using federal law enforcement against legally operating cannabis businesses in states with medical and adult-use cannabis laws.

“I sent a letter to the 1300 licensed insurance companies in California informing them Trump had told a senator from Colorado that his administration would not take steps to enforce federal law against cannabis industries in the states that have a legalized cannabis industry,” Jones said. “So I wanted to make sure insurance company executives were aware and encourage them to come into the market, and begin writing coverage plans.”

The commissioner says he believes there’s a misplaced concern, particularly among insurers, about federal law enforcement intervention. In the states with state-level cannabis laws–where insurance is being written for those industries– the Federal Government has yet to seize premiums from insurance companies coming from cannabis businesses, he explains. “Trump’s most recent announcement should provide additional assurance to businesses. So we’re continuing to encourage the progression of the market, and we want to see a broadening of the insurance provided.”

An interesting aspect of the bubbling cannabis insurance trend is how it plays into California’s new law. As of Jan. 1–the official implementation of the Medicinal and Adult Use Cannabis Regulatory and Safety Act (MAUCRSA)– all cannabis businesses are required to show proof of a $5,000 surety bond in order to get a state license. Surety bonds are required by the licensing agencies as a way to guarantee the behavior and compliance of licensees. It’s also a way to guarantee payments related to the cost incurred for the destruction of cannabis goods and materials in the event of a violation of the regulations. If a company’s product was contaminated, for instance, a surety bond would cover the costs of destroying or properly disposing of the product, as canna-goods–by law– can’t be thrown in the trash.

But at the onset of the MAUCRSA, the only way cannabis businesses could get a surety bond was through a surplus line insurer. Often called the “safety valve” of the insurance industry, these providers fill coverage gaps in the marketplace by insuring the high-risk companies that are usually declined by the standard underwriting and pricing processes of insurance carriers.