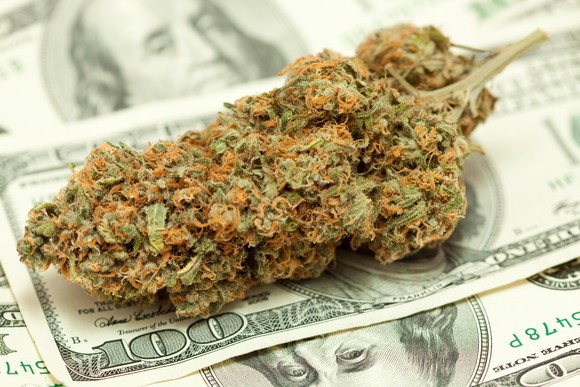 Ready or not, the Canadian cannabis industry is about to flower before our eyes. Over the next couple of weeks, it’s highly expected that Canada will officially legalize recreational marijuana, becoming the first developed country in the world to do so. By September or October, adults should be able to purchase marijuana legally in Canada.

What does the legal weed industry mean for Canada? How about $5 billion in added annual revenue, if not more. It’s these massive dollar signs that have Canadian growers expanding their growing capacity as quickly as their balance sheets will allow.

But therein lies one of the biggest issues for pot stocks: access to capital. Canadian banks have almost universally stayed away from the weed industry in Canada for fear of criminal and/or financial penalties associated with offering basic banking services to pot stocks. Also, weed companies aren’t generating anywhere near enough operating cash flow to undertake expansion projects that, in some cases, can cost around $100 million.

What on Earth does Aphria need with all of this cash? To begin with, it needs CA$55 million ($42.4 million) to build its recently announced Extraction Centre of Excellence in Ontario. Aphria plans to use a range of cannabis extraction techniques to produce “world-class cannabis concentrates, including fractioned distillates,” according to its press release. In other words, it’s another attempt to broaden the company’s portfolio to include higher-margin products, as well as increase its full-year production capacity to 255,000 kilograms, up from approximately 230,000 kilograms. The first concentrates are expected to hit the market in March 2019.

Aphria also needs the cash to complete the retrofit of Aphria Diamond, which is a joint venture with Double Diamond Farms that’s expected to produce 120,000 kilograms of cannabis a year, once complete. Additionally, Aphria notes that this capital may be used to build additional grow facilities within Canada and in foreign markets where medical weed is legal.

Bought-deal offerings are a necessary evil
With few avenues to raise capital, Aphria’s decision to go the bought-deal offering route looks to be its smartest option. Boosting its oil and extract offerings is wise considering that these products aren’t likely to be commoditized, and thusly will have higher prices and margins than dried cannabis. Just as important, oils and extracts are almost universally accepted in foreign markets where medical marijuana is legal, whereas dried cannabis can still be hit or miss, either with regulators or prescribing physicians.

However, bought-deal offerings are also something of a necessary evil for marijuana stocks. You see, issuing common stock immediately increases the number of shares outstanding, diluting the value of existing shares and making it tougher for pot stocks to turn a meaningful per-share profit. Other capital-raising solutions, such as stock options, convertible debentures, and warrants, do the exact same thing, just over the course of months or years. With each new offering, Aphria is digging a deeper hole for it and its shareholders to climb out of.

The largest bought-deal offering in history for the marijuana industry could see nearly 22 million shares added to Aphria’s already outstanding balance of 210 million shares, according to its Canadian-listed shares. It’ll also lift Aphria’s forward P/E from a lofty 84 to an estimated 93 once those new shares are fully accounted for. That’s tangible evidence, based on Wall Street’s estimates, of how bought-deal offerings can be bad news for shareholders.

Though Aphria’s management team has placed a strong emphasis on profitability, and it’s one of a select few pot stocks to have been profitable in each of the past two years, there’s little denying that this offering will weigh on its share price for many quarters to come.