Sessions: States have right to legalize pot, but federal ban should stay in place 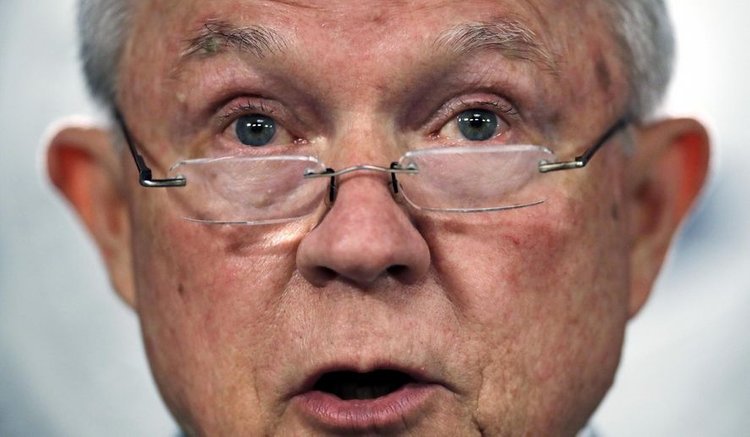 President Trump’s top law enforcement briefly official touched on the topic of legalization while addressing reporters in Boston, Mass., where a state law permitting the sale and personal use of recreational marijuana took effect earlier this month, notwithstanding the plant’s status as a federally prohibited Schedule 1 drug.

“Personally, my view is that the American republic will not be better if there are marijuana sales on every street corner, but states have a right to set their own laws and will do so, and we will follow the federal law,” the attorney general added.
Colorado became the first state in the country to legalize recreational marijuana in 2012, and eight other states and D.C. have since followed suit, Massachusetts included, regardless of federal law.

The Obama administration advised federal prosecutors against pursuing marijuana cases in those states that legalized the plant, but Mr. Sessions rescinded those policies, the so-called “Cole Memo,” in January, deeming them “unnecessary.”
‌
Massachusetts voters in 2016 approved a referendum to legalize recreational marijuana, and provisions allowing retail dispensaries to operate came into effect
July 1.

Other marijuana legalization efforts have encountered obstacles because of Mr. Sessions, however, including one state over in Maine. Mainers similarly voted in 2016 to legalize recreational marijuana and allow retail sales, but Gov. Paul LePage, a Republican, repeatedly vetoed subsequent legislation permitting pot shops to operate, citing conflicting federal law.

Sessions: States have right to legalize pot, but federal ban should stay in place
marijuana legislation