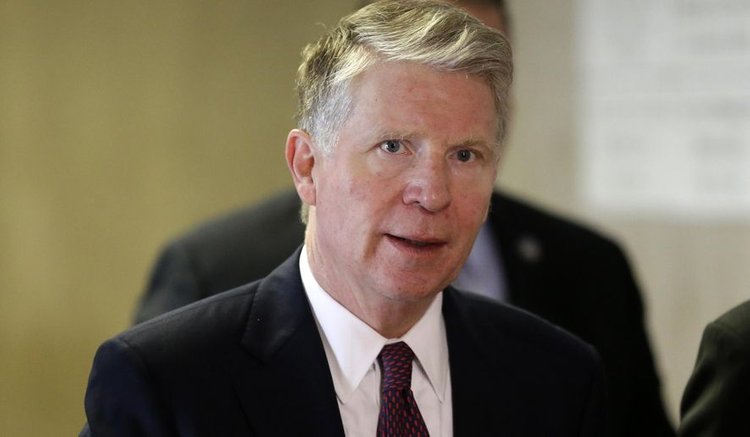 The district attorney for Manhattan said Tuesday that the New York Police Department has been instructed to stop arresting people for smoking marijuana in public effective Wednesday, Aug. 1.

Individuals caught smoking or possessing small amounts of marijuana will no longer be arrested and prosecuted by the NYPD unless they are suspected of selling weed or pose a significant threat to public safety, Manhattan District Attorney Cyrus Vance said in a statement.

“Every day I ask our prosecutors to keep Manhattan safe and make our justice system more equal and fair,” said Mr. Vance, a Democrat. “The needless criminalization of pot smoking frustrates this core mission, so we are removing ourselves from the equation.”
The policy is expected to reduce the rate of marijuana-related prosecutions by 96 percent, and ultimately the city plans to proactively seal the past convictions of individuals previously arrested for public use or possession, Mr. Vance added.
“Our research has found virtually no public safety rationale for the ongoing arrest and prosecution of marijuana smoking, and no moral justification for the intolerable racial disparities that underlie enforcement. Tomorrow, our Office will exit a system wherein smoking a joint can ruin your job, your college application, or your immigration status, but our advocacy will continue.”

“I urge New York lawmakers to legalize and regulate marijuana once and for all,” he added.
‌
Around 17,000 people were arrested by the NYPD in 2017 for low-level marijuana offenses, and the vast majority — about 86 percent — were either black or Hispanic, according to New York State’s Division of Criminal Justice Services, making minorities disproportionately more likely to end up behind bars despite similar usage rates among races and ethnicities.

“The dual mission of the Manhattan DA’s office is a safer New York and a more equal justice system,” Mr. Vance said when he first announced plans to reform the city’s pot policies in May. “The ongoing arrest and criminal prosecution of predominantly black and brown New Yorkers for smoking marijuana serves neither of these goals.”

Marijuana is federally outlawed as a Schedule 1 drug in the same category as heroin, but 30 states have passed laws letting patients use the plant for medical purposes, including New York in 2014. Nine states have effectively legalized the plant by implementing laws permitting recreational, or “adult use” marijuana, albeit not New York.

The president of the New York Police Department’s sergeants union previously said he opposed the district attorney’s “decline to prosecute” policies because it puts law enforcement “in positions of conflict.”
“You can’t just circumvent the law,” Sgt. Ed Mullins said in May. “If you want to not have enforcement of arrests, then you need to change the law.