HEMP: ONE OF THE NATION’S OLDEST, AND NOW NEWEST, AGRICULTURAL COMMODITIES 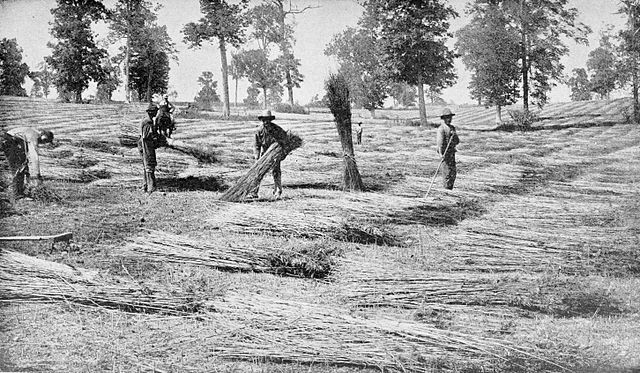 Farming and agriculture has long been a part of North American history. When the Great Depression hit in the 1930’s, both President Franklin Delano Roosevelt and Congress knew that the United States would struggle until the agriculture industry became prosperous again. As a result, many New Deal programs dealt with farming, but arguably the most notable agriculture related legislation was the Agricultural Adjustment Act of 1938, which was the first version of what we know today as simply the “Farm Bill” that is updated roughly every five years.

In 2018, a new Farm Bill was introduced with a price tag upwards of $800 billion. One of the most notable provisions in this year’s bill was led by Senate Majority Leader Mitch McConnell (R-KY): hemp legalization. Industrial hemp refers to the cannabis plant with less than 0.03 percent THC content and would include CBD medicinal products — so long as it contains less than 0.03 percent THC and is derived from industrial hemp.

While leadership in the House of Representatives blocked the hemp provision in its version of the bill, the Senate’s version of the bill that passed overwhelmingly in June does include it. That means that when the bill goes to conference in early September, that hemp legalization will be debated. Considering that the Senate Majority Leader is championing this provision, it stands a good chance at being included, though nothing is guaranteed.

Marijuana’s “cousin,” hemp, is generally barred because it is part of the cannabis plant, despite the fact that it contains little of that drug’s key psychoactive ingredient, THC. In 2014, Sen. McConnell secured a hemp pilot program in that year’s farm bill. Since then, at least 35 states have taken up the offer and developed industrial hemp programs, and those states will be eligible to pursue a legal, regulated market if the 2018 Farm Bill is passed with the hemp provision included.

If passed, the Farm Bill would legalize hemp as an agricultural commodity by removing it from the federal list of controlled substances and giving states the opportunity to be the primary regulators of hemp production. In addition to removing hemp from the federal controlled substance list, the Senate farm bill would allow industrial hemp to be eligible for crop insurance, a perk already enjoyed by other, more traditional crops. The bill would also reauthorize commodity, trade, agricultural research, rural development, and food and nutrition programs. Under current law, authorizations will expire September 30 or the end of the applicable crop year.

The first farm bill conference committee meeting has been set for September 5, 2018. The conferees from the House and Senate will try to iron out differences between their two bills in the panel. Included in the discussions will be 47 members of the House of Representatives and nine Senators. The results of this could mean a new era for the agricultural industry if hemp returns to American farmlands.

HEMP: ONE OF THE NATION’S OLDEST, AND NOW NEWEST, AGRICULTURAL COMMODITIES
history of hemp