Opinion: It's Not Enough To Legalize Pot Today. The Injustices Of The Past Must Be Corrected. 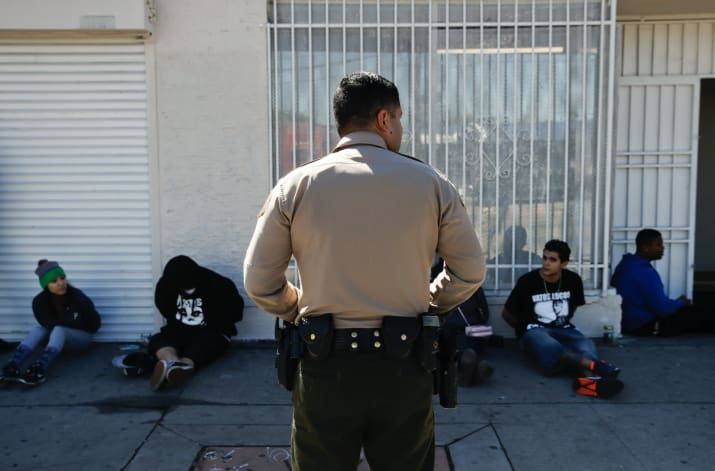 In New York, when it comes to the legalization of marijuana, it can be hard to tell fact from fiction. After all, this is the home of the infamous Rockefeller drug laws, which imposed the nation’s most severe penalties and mandatory prison sentences for even the smallest possession of any drug. These laws were not only used to criminalize entire generations of people of color, but created a legacy that has left New York in the dark ages when it comes to common-sense marijuana policy.

Despite repealing the majority of the Rockefeller drug laws in 2009, our state’s existing drug laws — particularly regarding possession of marijuana — are still not being equally applied. This is why I have been advocating for the legalization of marijuana in New York state.

If I am elected New York state attorney general, I will go even further than simple legalization. We must embrace the future while also fixing the mistakes of the past.

I will work to address the harms wrought by the criminal justice system on communities of color through the over-prosecution of marijuana-related offenses. I will push for criminal justice reform measures that properly and promptly seal the records of individuals with cannabis-related offenses. I will work with cannabis companies so that revenue from marijuana sales is reinvested in educational and support programs in the communities that have been historically burdened. And I will also work to ensure that these communities can be involved in this new industry as it develops.

Marijuana possession is supposed to be a low-level offense, but a single marijuana arrest can haunt you for life. There are New Yorkers — disproportionately men of color — who can’t get jobs, loans, or even housing because they were arrested for possession 15 years ago. They are punished by the criminal justice system for behavior that has effectively been legal in suburban America for years.

In the nine states where recreational use of marijuana for adults has been legalized, arrests have plummeted by 94%, saving these states hundreds of millions of dollars and preventing people from having a permanent criminal record. And here in New York, we must be ready to go the extra mile to address the decades of damage done by the overzealous prosecution of communities of color.

Under a new law passed last year, New York courts finally have discretion to seal certain felony conviction records after 10 years for people with no more than two total convictions including misdemeanors. The passage of New York’s first meaningful sealing law was a necessary first step in the right direction, but the current law is far too narrow and restrictive to truly reckon with the catastrophic damage caused by the war on drugs. People should not have to wait a decade to clear their names. Limiting access to individuals with no more than one felony and no more than two total convictions will shut out the vast majority of victims of the criminalization of poverty. We need to rewrite the sealing law from scratch and work toward bringing true expungement to this state.

The financial benefits of legalization also cannot be overstated. In Colorado, lawmakers deployed hundreds of millions of dollars in marijuana sales tax revenue to fund school construction, early literacy programs, bullying prevention, and behavioral health services. Meanwhile, other states like Oregon, Alaska, California, and Massachusetts have put their new revenues toward drug and alcohol treatment and public health initiatives. New York State alone would generate $400 million in tax revenue, according to some estimates.

Those taxes will be paid by a booming new industry that communities of color must be empowered to participate in. One of the only downsides we have seen to marijuana legalization in other states is artificial financial and regulatory barriers to small businesses and entrepreneurs of color. But New York has an opportunity to learn from these mistakes, and create a framework for recreational marijuana that favors small businesses and provides resources that help marginalized communities of color to reap long overdue financial benefits.

Though New York proudly remains one of the most progressive states in the country, we cannot afford to rest on our laurels. If we truly want to be a leader on criminal justice reform, a leader in economic justice, a leader in ensuring a fair and equal state for all, and a leader combatting decades-old policies that continue to hold communities of color back, then it is long past time that we legalized marijuana.

Opinion: It’s Not Enough To Legalize Pot Today. The Injustices Of The Past Must Be Corrected.
cannabis legislation