Now that Epidiolex Is FDA Approved, What Does That Means for the CBD Business? 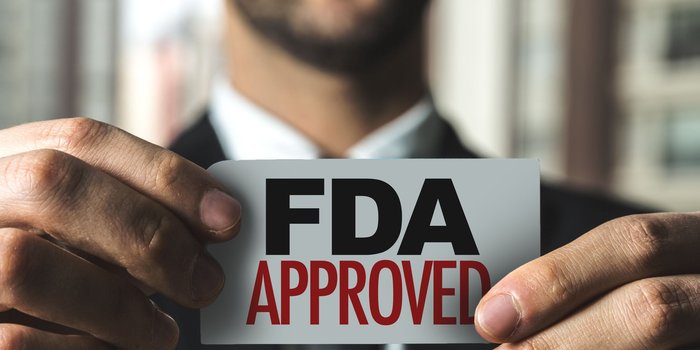 The U.S. Food and Drug Administration’s recent historic approval of a plant-derived epilepsy drug whose main ingredient is cannabidiol (CBD) points to sweeping changes ahead for CBD-related business enterprises in the United States.

The FDA’s green light for Epidiolex means the Drug Enforcement Administration is now on track to reschedule marijuana-derived CBD in the Controlled Substances Act (CSA). What about hemp, you ask? I’ll get to that in a bit.

For decades, marijuana and its associated cannabinoids have been listed in Schedule I, the most restrictive category reserved for drugs . When it’s reclassified in the five-tier drug schedule, marijuana-derived CBD would still be a federally controlled substance, but it would be permitted for medical use with a doctor’s prescription.

The FDA has previously approved cannabis-related medicines containing synthetic forms of tetrahydrocannabinol (THC), the plant compound that causes a “high,” for treatment of chemotherapy-induced nausea and severe weight loss associated with AIDS.

But the approval of a plant-derived cannabinoid compound represents the first official recognition by federal authorities of plant-based CBD’s medical value — and needless to say, this is huge.

So what does all this mean for American CBD businesses? The answer to that question largely depends on which type of CBD you’re working with.

Know Your Source
There are two main sources for CBD: marijuana and hemp. These are both varieties of the genus Cannabis L., according to the U.S. Department of Agriculture; what differentiates the two is the amount of THC they contain. Hemp is defined by the feds as having less than 0.3 percent THC by weight.

There tends to be a lot of confusion surrounding the legality of CBD products derived from hemp, which are often described as existing in a legal gray area. But federal laws and policies pertaining to industrial hemp and hemp-derived cannabinoids are actually fairly clear.

CBD made from industrial hemp that’s produced domestically under the Agricultural Act of 2014 (Farm Bill) is not a federally controlled substance. This was recently affirmed by the 9th U.S. Circuit Court of Appeals’ ruling earlier this yearin the Hemp Industries Association (HIA), et al., v. DEA lawsuit, where the court determined the Farm Bill “preempts” the CSA, as Congress had specifically exempted Farm Bill hemp from the CSA.

“CBD (or other cannabinoids) are controlled substances only if derived from marijuana,” cannabis business attorney Bob Hoban said at the time of the ruling. He’s managing partner of Hoban Law Group, the firm that filed the suit on behalf of HIA. “Farm Bill hemp is not a controlled substance—without debate.”

Milk That FDA Approval For All It’s Worth
Looking beyond the source of the CBD, the FDA’s approval of Epidiolex represents an official affirmation of the legitimate therapeutic value of this plant compound. And this recognition will intensify the already growing consumer demand for both marijuana-derived and hemp-derived CBD products.

Physicians will soon be able to prescribe Epidiolex to patients, but many people will continue to seek the wellness benefits of CBD products through non-prescription channels. Businesses working with marijuana-derived CBD will likely need to stay within state-regulated frameworks for the foreseeable future. And that means there’s a real opportunity for retailers and manufacturers to build on the FDA’s vote of confidence, by diversifying and expanding their high-quality hemp-based CBD offerings at mainstream retailer locations across the country and online as well.

Because hemp-based CBD products aren’t federally regulated, there is, unfortunately, a barrage of low-quality, inaccurately labeled CBD products on the market today. And that’s precisely why companies that manufacture and sell high-quality hemp-based CBD products and advanced formulations are well positioned for success — if they can start to self-govern by establishing industry-wide standards, third-party certification of Good Manufacturing Practices (GMP) and transparency in product testing and safety.

As CBD gains wider acceptance and as evidence supporting its therapeutic value accumulates, it’s quite likely more consumers will be interested in experiencing the benefits of CBD for themselves.

While CBD products currently account for just 5 percent of U.S. cannabis sales, they’re projected to make up 12 percent of the domestic cannabis market by 2021, according to market research firm Brightfield Group. And that’s not including pharmaceutical CBD products like Epidiolex.

Discover New Therapeutic Possibilities
The majority of people who use CBD do so for reasons unrelated to epilepsy. Beyond its seizure-reducing capabilities, many cannabis users report CBD helps relieve insomnia, anxiety, inflammation and pain, among other ailments. There’s a surge of hope that the FDA’s approval of Epidiolex will open the door to new research into CBD-based treatments for these and many other conditions.

Federal recognition of the medical value of CBD may also unleash a new wave of scientific interest and research into the potential therapeutic applications for the scores of other cannabis compounds. Cannabis has more than 400 chemical entities, and we’ve only just begun to tap into the full potential of this plant.

And while the spotlight is on CBD now, it’s a matter of time until interest in CBD is eclipsed by another cannabinoid revelation.

Now that Epidiolex Is FDA Approved, What Does That Means for the CBD Business?
cannabis opportunities