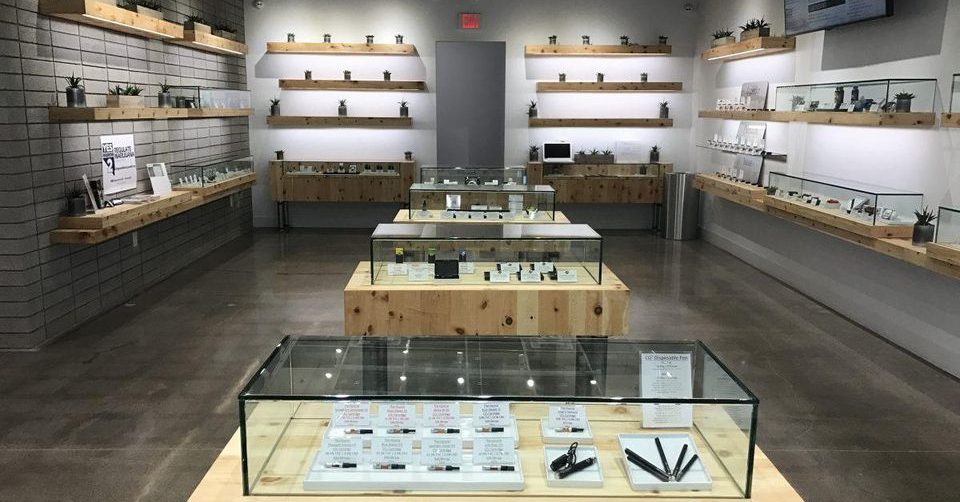 Nevada cannabis sales have been booming. “Every month we are setting some kind of new record whether its number of visitors, product sales, or something else,” said Brandon Wiegand, Director of Operations at The+Source which operates two dispensaries in Nevada.

Nevada announced recently that its dispensaries sold nearly $425 million worth of recreational marijuana and contributed $70 million in tax revenue in its first full year of recreational sales. This exceeded the state’s revenue expectations of $265 million.

The roll-out has been smooth because “Nevada knows how to regulate vice,” Wiegland said. “The government is good at providing the security and rules the public desires while still allowing business to thrive.” The Nevada state government has already created systems for gambling, liquor and prostitution he said, so adding cannabis wasn’t a problem.

Selling from two storefronts to tourists and locals, Wiegland says demand is much greater than he expected, but he is beginning to understand why. “Lots of our customers told us they don’t want to go back to buying illegally,” Wiegland said. They appreciate the testing that goes into the products and “they like knowing exactly what they’re buying, the strain, the dosage and not having to buy from a dealer.”

An important factor in the high sales number, according to Andrew Jolley, president of the Nevada Dispensary Association and CEO of The+Source, is that the industry has not had to work through major regulatory changes during the first year of sales, as some other states have had to. Jolley cautions against high taxes and regulatory costs, because these factors dissuade customers from purchasing at legal dispensaries he said.

Riana Durrett, a lawyer and executive director of the Nevada Dispensary Association, said other states were already coming to her organization to get advice on creating the legal cannabis market in their areas and asking about pitfalls to avoid. A set of strict state-wide regulations, built from scratch work best she said.

While sales are strong, there are unique risks associated with running a legal cannabis company. It’s important for businesses to follow the letter of the law said Naomi Granger, a certified public accountant and the founder of DOPE CFO. Her company offers educational resources to help cannabis companies comply with complex industry regulations. Accurate accounting helps cannabis companies minimize their tax burden and reduce the risk of incurring heavy fees and penalties. Mistakes can result in companies losing their licenses and being forced to shut down, so stakes are high she said.

An area that still needs improvement in the Nevada legal weed market is marijuana delivery said Durrett. Illegal businesses have been creating very authentic-looking websites to trick consumers into buying and accepting delivery from them. It’s hard for law enforcement to know which delivery vans are working in the legitimate market and which are not she said. “it’s easy to go to a storefront and see their license and know they are legal,” she said, “Right now, a van with a driver is not regulated in the same way.”