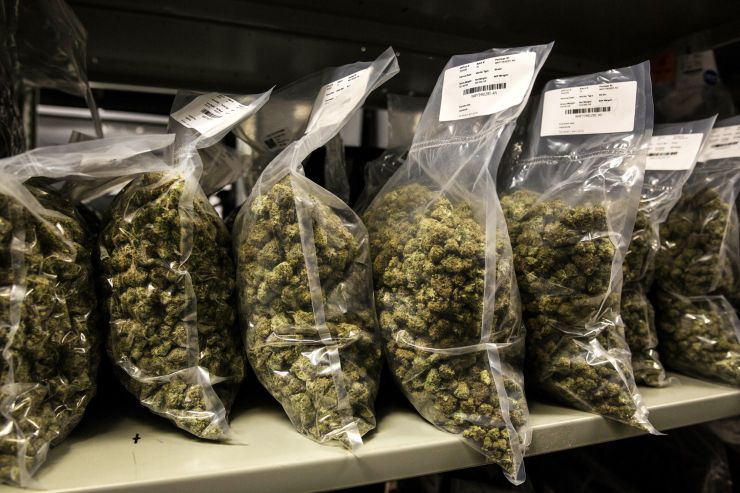 Marijuana stocks rallied Monday after one of the largest Canadian cannabis companies announced that it has agreed to acquire a U.S.-based hemp company.

Canopy Growth told investors its purchase of Evergreen, Colorado-based ebbu will “complement and accelerate” its ambitions to expand into new types of consumer products.

At closing, Canopy Growth will pay 25 million Canadian dollars in cash and issue 6,221,210 common shares to the research company in exchange for the assets being acquired.

Shares of Canopy Growth, which trade on the New York Stock Exchange, rallied 9 percent following the news. Tilray, the largest player in the space, saw its stock rise 7.1 percent on the Nasdaq; Aurora Cannabis climbed 7.5 percent in Toronto.

Ebbu specializes in the purification and study of cannabinoids for product development, wholesale and research purposes, according to its website. It also uses patented plant genetics to maximize cannabinoid output by “boosting in-plant cannabinoid production and creating rare-cannabinoid-specific plants.”

Representatives for Canopy Growth and ebbu were not immediately available for comment.

Canopy was the first publicly traded cannabis company in North America in 2014 under the leadership of co-CEO Bruce Linton. The company markets medical marijuana products — including flowers and oils — in Canada, Germany and the Czech Republic and recently tightened its relationship with Corona brewer Constellation Brands.

The beer brewer is investing about $4 billion into the Canadian marijuana grower in its efforts to broaden its strategic portfolio as beer consumption in the United States declines.

And while the upside for Constellation appears obvious, the benefit is two-fold. A check from one of the world’s largest brewers is a welcome influx of capital for a handful of cannabis companies whose success will likely be defined by their ability to raise capital and scale production.

“The deal will be complementary to Canopy’s current hemp operations in Saskatchewan, Canada. In addition, the transaction provides an opportunity for Canopy to reduce the cost of its CBD [cannabidiol] production by applying ebbu’s intellectual property,” Azer wrote Monday.

“We think this transaction is an important milestone to Canopy as it marks its entry into U.S.-based operations,” she added. “We continue to believe that Canopy will have a first-mover advantage in expansion outside of Canada and today’s deal represents an important first step vs. its Canadian peers.”

Recreational use of cannabis in Canada becomes legal Wednesday, though each of the country’s 10 provinces will be able to regulate the market within their jurisdiction independent of Ottawa.