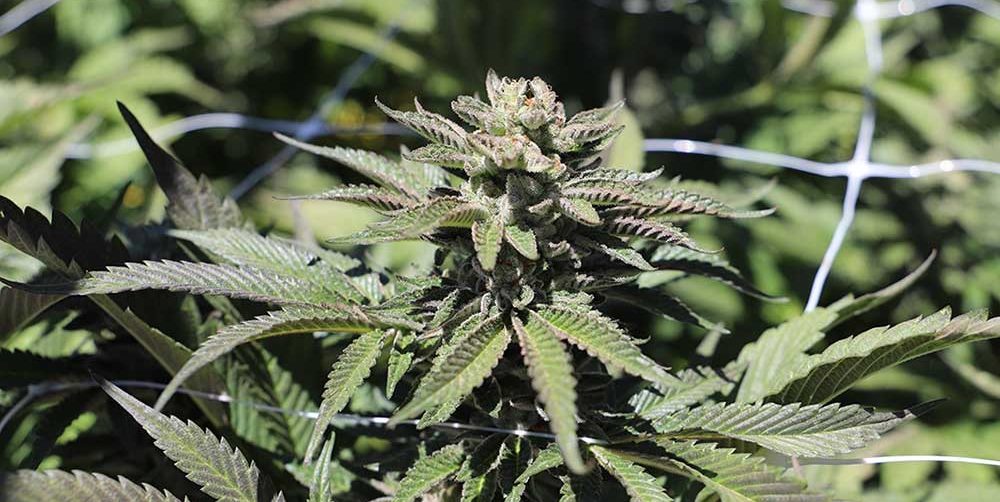 Acreage Holdings joined the ranks of U.S. marijuana stocks trading in Canada Thursday, after completing a deal to go public that values the company at $2.8 billion and installs former House Speaker John Boehner and former Massachusetts Gov. Bill Weld on the board.

The company will trade on the Canadian Securities Exchange via a reverse takeover. Acreage Holdings raised $314 million from around 30 to 35 institutional investors as part of that deal. The company trades under the ticker “ACRG.U” and was at 19.31 Canadian dollars in midday trading, after opening at 18.50.

Acreage, in going public, joins other marijuana stocks that debuted with a billion-dollar-plus price tag. Curaleaf, another U.S. cannabis company, went public with a valuation that surpassed $4 billion. U.S.-based MedMen, best known for its sleek dispensaries and chic marketing aesthetics, went public in May with a $1.6 billion valuation.

Acreage’s first day on the CSE also follows the resignation of Attorney General Jeff Sessions, who has long feared what he sees as marijuana’s potential harm to communities. It also comes after U.S. midterm elections in which three states voted to legalize medical or recreational cannabis and the Democrats took control of the House.

Boehner’s appointment to Acreage’s board makes him the most high-profile name from U.S. politics to go as far as joining a pot company’s board. Boehner was once strongly against cannabis legalization, arguing it would lead to other drug abuse.

Acreage President George Allen said in an interview that the company first met with Boehner over lunch in January, not long after Sessions rescinded the so-called Cole Memo. Allen said the company met through a personal friend of both him and CEO Kevin Murphy that knew Boehner. He declined to name the person.

The 2013 memo, issued by then Deputy Attorney James Cole, essentially told federal authorities not to burn their scarce resources cracking down on states that legalized cannabis and were managing their legal markets responsibly. The memo has been seen as clearing the way for a wave of state-level cannabis legalization.

In April, Acreage announced that Boehner and Weld would join Acreage Holdings’ board of advisors. The completion of the reverse takeover, in which a private company absorbs a public one and comes out the other end of the deal as a publicly-listed firm, puts him and Weld on the board of directors.

Boehner in April tweeted that he was backing Acreage because his “thinking on cannabis has evolved.”

“I’m convinced de-scheduling the drug is needed so we can do research, help our veterans, and reverse the opioid epidemic ravaging our communities.”

Meanwhile, Canadian-based but U.S.-listed marijuana stocks had a big week of earnings.

On Monday, Aurora Cannabis (ACB) reported earnings attributable to common shares soared to 105.46 million Canadian dollars vs. 3.56 million a year earlier. But the spike is largely due to noncash unrealized gains on derivatives and various securities.

Acreage, under the name High Street Capital Partners, was founded in 2014. Helped by several years of acquisitions, the company now operates dispensaries and cultivation facilities in at least 14 states.

But as it expands, it also, for now, faces potential legal trouble.

The complaint alleges that Acreage and those companies worked to take away what the plaintiff says was its rightful ownership of 25% of a company called NY Canna. NY Canna, the lawsuit says, is a marijuana retailer and cultivator in New York state. The lawsuit accuses High Street, Acreage’s old namesake, of going behind the plaintiff’s back to acquire NY Canna.

“At no time during the process of High Street’s acquisition of NY Canna was EPMMNY ever consulted, advised or notified, nor did EPMMNY give its approval or consent thereto,” the lawsuit says.

As investors fiend for profits from a new industry, Allen said the company felt its hand was forced in going public.

“If investors are indistinguishing in how they invest their capital, it means that our competitors are also going to get access to abundant capital,” Allen said. “And that type of capital-market environment tends to invite what we label here as what I think of as small ‘m’ misbehavior.”

That misbehavior among pot companies, he said, included overspending and tossing aside financial discipline to expand.

Markets, in turn, seeing the potential for gains, end up endowing a handful of companies “with a fair amount of benefit-of-the-doubt,” Allen said.

That trend, he added, was unlikely to change anytime soon, as cannabis restrictions fall away and draw more investors.

Even as less-professional retail investors dart in and out of positions, Allen said that the $330 million raise was likely the “most institutional” round the company has had. The raise, he said, comprised the family offices and high-net-worth individuals that turned up in its earlier fundraising rounds with hedge funds and mutual funds.

“They’re two separate economies governed by two totally separate supply and demand phenomena,” he said. “So they shouldn’t be coupled. They are, practically speaking, coupled largely because they share the same investors.”