The cannabis industry is creating jobs worth having 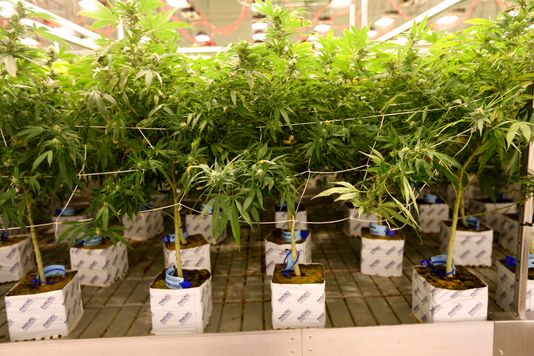 It has come as a personal shock to realize that all of the road construction in Reno, Nevada, no longer bothers me. Anyone traveling through it knows it can be the worst part of driving to work in the mornings, especially if you’re running late, or not particularly excited about where it is you have to go. Luckily for me and many other people I have been privileged to meet over the past year, work has become something worth sitting in traffic for.

That job happened to be in the cannabis industry.

One year later, this job has become the best job I’ve ever had. I cannot claim to have weathered the storm of transition from medical to recreational, but I had the honor of being present at several early budtender parties. I saw the beginning of this now-booming industry right as it gained enough momentum to burst into completely legal bloom, and those people I met and lived among shone like angels.

Angels run ragged, that is. Overworked and underpaid, yes, but wildly passionate about both the industry and cannabis itself. Willing to be run ragged, gray with exhaustion, yet glowing with the inner luminescence of the True Believer. I saw people leave well-paying jobs, eager to share their own personal knowledge with no fear of criminal charges. (Conversely, I saw people leave awful, dead-end jobs, eager to start a career. Oftentimes, there are mixtures of both.)

What the change from medical to recreational had taught them — us — was that infrastructure would be needed. And nothing can be more exhausting than building infrastructure for the sale and cultivation of what is a Schedule 1 drug. Every last half-gram must be accounted for, both on paper and through software inadequate for the job. It can wear on a body, that kind of strain.

There’s a lot behind the scenes no one knows about, and I think it’s because a lot of companies like to let their products speak for themselves, mostly through the budtenders. If they’ve tried a product, they won’t hold back on what they think of it, bad or good. The industry needs individuals with such candor. Who else can tell us that we, the vendors, are doing badly? Who else do the customers voice their complaints to? For suffering that indignity, we at least owe it to the budtenders, as intermediaries, to listen.

The industry was scrambling

When cannabis went from strictly medical and recreational, things went a little mad for everyone involved. Suppliers scrambled to meet with demands that no one was really prepared for. (Certainly not when the reality of that situation is screaming their head off about product availability at some poor budtender who only wants to get through the day like everyone else.)

It was a frantic scramble to grow, purchase or process as much cannabis as possible, then slam it on the dispensary shelves. The industry staggered along as best it could, hampered by a software unable to handle the volume, and strict regulations mandated by the state set to take effect a few short months after legalization. I came in at the tail end of this, and, at times, it was hell on earth. The transition from the black market to the free market is a balance between what works from both.

There is, of course, an upside to the endless paperwork and computer data-entry. It creates jobs. The cannabis industry is growing like … well, like cannabis itself, sending up shoots in the most unlikely places.

Which is lucky for this budding young industry. Hydroponic shops provide cultivation facilities with soil, nutrients, lights and even new growers. Medical delivery companies, already certified and well-versed with transport of other Schedule 1 drugs, expanded and dominated in cannabis delivery. Even local alcohol distributors, once they had finished the proper paperwork, moved into delivering cannabis.

Smoke shops have expanded, too, and now showcase extensive glass collections and CBD products. There are even laboratory facilities that are devoted exclusively to the testing of cannabis products, from edibles to oil, and I marvel that there is enough business for not one, but two in our city.

But it is not all sunshine and roses in the cannabis industry, that much is true. Even once the supply was more or less adequate to the demand, there were still things to sort out, and exacting regulations under which to sort them. We all had to get on the same page.

Held to a higher standard

Sometimes I wonder if the strictness of the state is what deters applicants from industry jobs. It certainly can feel somewhat superfluous at times. (Everyone’s had that “did I do that right?” moment while using our software, right?) There’s nothing more stomach-churning than a visit from the state, even if you’re confident in your team and your facility.

Yes, there are heavy regulations placed upon our industry, and we are held to a higher standard of transparency than some of us are accustomed to. It sucks being on camera eight hours a day, it sucks worrying about who is coming into your facility every day, and it sucks watching profit margins shaved thinner by taxes.

Its weird to admit, but I am sure that all of these hardships are part of the process to completely legitimize the cannabis industry. We must be able to demonstrate, in every area, that we are capable of handling of a Schedule 1 drug that is still illegal at the federal level. The state, through the industry, must prove that cannabis is a feasible way to make money in order to be allowed to proceed.

The best part is that, as an industry, we have been able to rise to the occasion most admirably. There are many wonderful people working hard from cultivation to dispensaries and beyond. We have won the first fight with recreational legalization, and now it is our duty to demonstrate that we, as a state, not just an industry, can be a positive influence on everyone in a community. Besides, the taxes we pay on cannabis goes to important things, like road improvement.

Or at least, that’s what I think about while sitting in traffic, mildly shocked that I am not angry, but excited to get to work.

The cannabis industry is creating jobs worth having
cannabis opportunities