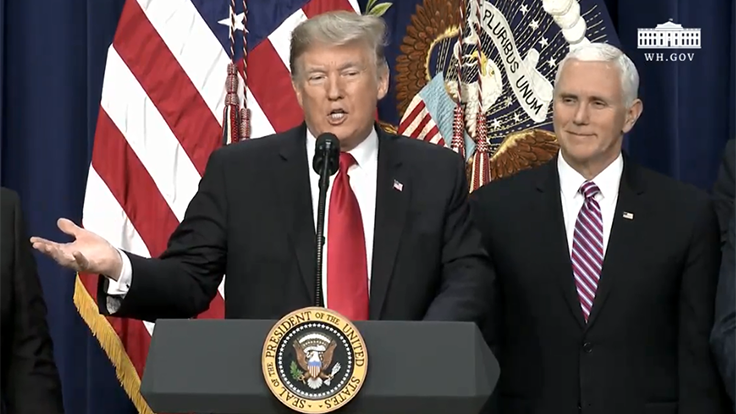 Earlier this year, U.S. Sen. Mitch McConnell inserted language from his Hemp Farming Act of 2018 into the Farm Bill to federally legalize the cultivation and sale of industrial hemp, which is defined as cannabis that contains less than 0.3-percent THC. Congress passed the $867-billion agricultural legislation Dec. 12, effectively removing hemp from the list of controlled substances and allowing states to regulate its production, commerce and research with approval from the USDA.

“The 2018 Farm Bill is an 807-page document. Hemp is discussed only a few times throughout this document; however, the impact on the industry is epic,” said Dr. Jenelle Kim, co-founder and lead formulator at JBK Wellness Labs. “Ultimately, the Farm Bill will end the era of hemp prohibition and would deem that hemp is an agricultural commodity and is removed from the Controlled Substances Act where it is no longer mistaken as a controlled substance, like marijuana.”

“Business can be a great agent of social change.”
-Patrick Rea, CEO and co-founder of Canopy Boulder
The Drug Enforcement Administration will no longer be able to interfere with the interstate commerce of hemp products, Kim added, which will open the doors for banks, merchant services, credit card companies, e-commerce sites and advertising platforms to do business with hemp companies.

“The Farm Bill is a monumental first step for the hemp industry and a big win for U.S. agriculture,” said Jonathan Vaught, CEO and co-founder of Colorado-based biotech company Front Range Biosciences. “It allows farmers to legally grow hemp throughout the country, fueling job growth domestically and keeping the United States competitive in the global market. Allowing hemp production sets the stage for this fledgling industry to flourish as raw materials from hemp—oils, grain and fiber—can be used in a wide array of products like dietary supplements, super foods, clinically-approved drugs and fiber as a building material. The Farm Bill is also a major win for the cannabis industry as it further demonstrates the utility of cannabis as a crop.”

The cannabis industry now looks ahead to increased investment, research, cultivation and sales in a hemp market that Brightfield Group estimates will reach $22 billion by 2022.

“Business can be a great agent of social change,” said Patrick Rea, CEO and co-founder of Canopy Boulder, a seed-stage business accelerator and venture fund for the cannabis industry. “This is an example of a highly in-demand market that needed the government to engage in order to unlock its potential. Time will tell how administrative agencies like the USDA and FDA will regulate hemp products, but we can expect heightened business and investor interest in the space.”