These States Are Most Likely To Legalize Marijuana In 2019 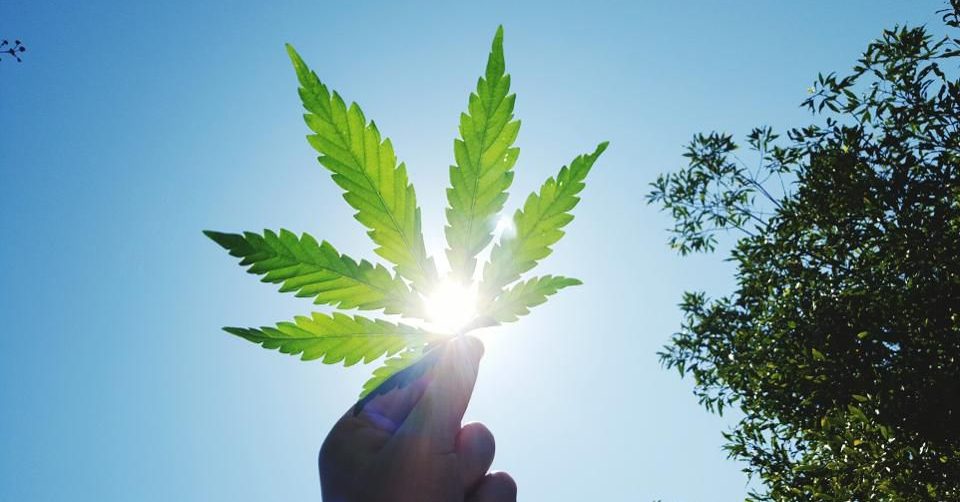 With the results of last month’s midterm elections—which marijuana basically won—ten states have now legalized cannabis for adults, while 33 allow medical use. Those victories at the ballot box capped a year in which the fight to reform prohibitionist cannabis policies advanced significantly at the state, federal and international levels.

The tally of states that allow the use of marijuana is poised to jump in a big way again in 2019, largely because a slew of pro-legalization candidates for governor also won at the ballot box on Election Day—giving cannabis reform bills a huge boost toward being signed into law sooner rather than later.

“2019 could be a banner year for legalization via state legislatures,” Mason Tvert, spokesman for the Marijuana Policy Project, said in an email. “Several states across multiple regions of the country are strongly considering ending prohibition and regulating marijuana for adult use. A growing number of state lawmakers and governors are either getting behind these efforts or coming to the realization that they cannot hold them up much longer. The steady growth of public support we’ve been seeing around the country will likely translate into some major state-level victories for marijuana policy reform.”

Here are the states that are most likely to legalize marijuana next year, in alphabetical order:

Gov.-elect Ned Lamont (D) said during his campaign that marijuana legalization is “an idea whose time has come.” He followed that up after his win on Election Day by pledging during a transition press conference that moving on the issue will be one of his “priorities” in 2019.

Meanwhile, the state Senate president, who sponsored a legalization bill last year that didn’t move under unsupportive—but outgoing— incumbent Gov. Dannel Malloy (D), says that passing a bill next year is “a significant revenue item” for the state.

Even the House Republican deputy minority leader, who opposes legalization, says he “would think it would pass” when it is brought to a vote on the floor. “Many of those opposed to legalization have left the Legislature.”

Incoming Gov. J.B. Pritzker (D) made support for legalizing marijuana a centerpiece of his campaign, beginning in the primary race against fellow Democrats. At one point he even held a press conference outside of a medical cannabis dispensary.

Shortly after Election Day, Pritzker confirmed that he wants to pursue legalization “nearly right away” when the new legislature convenes.

And the state House speaker, who until now has been noncommittal on ending cannabis prohibition, says he’s on board with the incoming governor’s marijuana plans.

A study from the Illinois Economic Policy Institute and the University of Illinois determined last month that legalizing marijuana would create 24,000 jobs, generate more than $500 million in tax revenue and infuse roughly $1 billion into the state economy overall by 2020.

Incoming Gov. Tim Walz (D), who is taking over for an outgoing Democratic governor who opposes legalization, has pledged to “replace the current failed policy with one that creates tax revenue, grows jobs, builds opportunities for Minnesotans, protects Minnesota kids, and trusts adults to make personal decisions based on their personal freedoms.”

He has also championed marijuana issues as a member of the U.S. House and demonstrated that he knows how to advance reform by authoring the first-ever standalone cannabis bill to pass a congressional committee.

Walz’s efforts to legalize will get a boost from the newly elected Democratic House majority, though Republicans control the Senate by one seat. Still, the election of a pro-legalization governor puts Minnesota on the list of states to watch to end prohibition in 2019.

Garden State Gov. Phil Murphy (D), who was elected in 2017, campaigned on supporting marijuana legalization. Since being inaugurated earlier this year, he has continued to push for an end to prohibition.

Although the governor and lawmakers have quibbled over details such as tax rates and regulatory structures, progress is already being made toward getting a bill to Murphy’s desk. Senate and Assembly committees approved marijuana legalization legislation last month, demonstrating that momentum exists to pick up the issue in the new year, when the governor and legislative leaders will continue to negotiate the finer points of exactly how to end prohibition.

The prospects for legalizing marijuana in New Mexico got a lot better with the election of ‎Michelle Lujan Grisham (D) as the state’s next governor.

During a debate she said legalization will bring “hundreds of millions of dollars to New Mexico’s economy.” She has also supported cannabis reform measures as a member of Congress.

The state’s House speaker said that if a legalization bill were to make it to the floor, “it would probably pass.”

Even a Republican senator who is personally opposed to legalization now publicly admits that it is likely on the way soon, saying, “I don’t want recreational marijuana, but I understand the political reality that it is here.”

A year ago few observers thought that the Empire State would be one of the next states to legalize. But in that time, Gov. Andrew Cuomo (D) flipped from calling marijuana a “gateway drug” to saying it’s time to “legalize the adult use of recreational marijuana once and for all.” He also created a task force whose sole goal is to draft legal cannabis legislation for lawmakers to consider in 2019, and directed the Health Department to study legalization, with the resulting report concluding that the “positive effects” of ending cannabis prohibition “outweigh the potential negative impacts.”

And Cuomo, who says that ending cannabis prohibition is one of his top priorities for 2019, isn’t the only prominent elected official to evolve on marijuana this year. Three days after the governor endorsed legalization, so did onetime opponent Bill de Blasio, the Democratic mayor of New York City.

The push to make marijuana legal in New York got another huge boost on Election Day, when Democrats took control of the state Senate, where Republicans had long stymied cannabis reform efforts.

While Gov. Gina Raimondo (D) has been cautious about legalization over the years, her rhetoric has shifted recently, even going so far as to suggest that the state might be effectively peer pressured into ending cannabis prohibition by neighboring states that are moving ahead.

“I’m not sure at this point it is practical to say we’re not going to legalize and regulate,” she said.

House Speaker Nicholas Mattiello (D), who has similarly been reluctant about legalization, is also now pointing to other states as a reason to more seriously consider changing Rhode Island’s laws.

“I am mindful that Massachusetts has legalized it, I believe Connecticut is going to legalize it,” he said. “I think we’re probably going to end up with more social costs without the revenues and that would probably be the worst situation of all.”

Meanwhile, the Republican House minority leader is all-in on legalization.

While Vermont lawmakers in 2018 already legalized the possession and home cultivation of small amounts of marijuana, the law does not allow any form of commercial production and sales, leaving the state without any recreational cannabis tax revenue or mechanism to regulate its trade.

Advocates believe the Democratic-led legislature is likely to send a bill adding legal cannabis commerce to the desk of Gov. Phil Scott (R) in 2019. While Scott signed the less ambitious legislation into law this year, he did so only reluctantly, and has expressed concerns about going further until the state has a better system in place to detect impaired driving. That said, the state Senate has already approved legal marijuana sales legislation in past sessions, and the House appears more open to doing so now that possession is legal—setting up a potential showdown over the issue between lawmakers and the governor in the coming months. It remains to be seen whether Scott would veto a broad legalization bill or whether lawmakers would be able to muster enough support to override him if he does so.

Still, with the regional dynamic heavily shifting in favor of legalization in the Northeast, Vermont is a key state to watch when it comes to cannabis in 2019.

Other Cannabis Moves To Watch

The above covers the states that seem poised to fully legalize marijuana in 2019. But there are others that seem potentially ready to do so via ballot initiatives in 2020 or that could pass other cannabis-related legislation in the upcoming new year.

In Kansas, for example, Gov.-elect Laura Kelly (D) supports legalizing medical cannabis, setting the state up to join its neighbors, Missouri and Oklahoma, in allowing patients to use the drug with their doctor’s recommendation.

In Pennsylvania, Gov. Tom Wolf (D), who until recently said that the state is not ready for legalization, now says that he’s ready to take a serious look at the issue. He also supports moving ahead immediately with less far-reaching moves to decriminalize cannabis possession.

In Texas, recently reelected Gov. Greg Abbott (R) indicated during a debate that he is open to some form of marijuana decriminalization—something the state Republican Party officially endorsed this year. Meanwhile, advocates will also push lawmakers to legalize medical cannabis.

And advocates are making it a priority to encourage South Carolina lawmakers to legalize medical cannabis.

Looking ahead to 2020, states like Arizona, Florida, Ohio and North Dakota could consider ballot measures to fully legalize marijuana, while Mississippi, Nebraska and South Dakota could see medical cannabis questions go before voters during that year’s high-turnout presidential election.

“In state after state, lawmakers are coming out of the woodwork in favor of legalization,” Justin Strekal, political director for NORML, said. “Be it on the grounds of criminal justice reform, community-police relations, racial justice, tax revenue or that they just see the writing on the wall, the political evolutions are accelerating at a tremendous rate.”