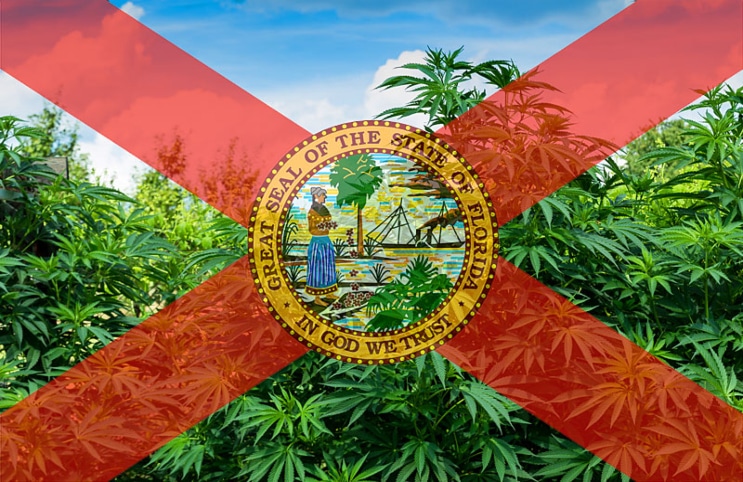 Marijuana legislation has remained the backbone of industry growth over the course of the past several years. With states like California and Washington working to implement the status quo for cannabis, it seems as though we’ve been left in a domino effect. The newest state to work on implementing marijuana based legislation is Florida, which has had some form of the industry throughout the past several years.

One of the key components that have been missing from Florida’s marijuana legislation has been the inclusion of dried cannabis flower. Early in last year, attorney John Morgan sued the entirety of the state of Florida on the grounds that dried cannabis flower should be allowed for medicinal purposes and that its illegality was unconstitutional. The judge presiding over the case vehemently agreed with Morgan, and ended up ruling in his favor to allow the sales of this form of cannabis.

Promptly after this was approved, Governor Rick Scott, an opponent of the marijuana industry filed an appeal which halted any furthering of sales of the dried form of the plant. This year, however, has prompted a new look at the substance as the new governor, Ron DeSantis has stated that he is in favor of legalizing the use of dried cannabis flower and that it should be able to be sold at various dispensaries throughout the state.

Last year, a new vote arose in the state that said a majority of 60% was required to pass the usage of various oils and concentrates. After the public cast their ballots, the predicted overwhelming majority of participants ended up showing 71% in favor of legalization. Although the passage of this bill was quite a big deal across the state, it did not include the use of dried cannabis flower. This however was cause for some concern as many patients found using dried cannabis flower was the best method of consumption personally.

Jon Mills, a constitutional lawyer in the state argued soon after that “inhalation is a medically effective and efficient way to deliver tetrahydrocannabinol (THC) and other cannabinoids, to the bloodstream.” The issue is that dried cannabis is one of the most prominent ways of using the substance overall, and the preferred method for many medicinal patients. Rick Scott however came to argue that the legalization of dried cannabis flower would effectively allow for an easier passing of recreational cannabis law, and therefore should not be legalized.

This however remains as a completely medicinal law and one that should be left to the overwhelming majority of those who use the substance for those purposes. The fact that Florida is now beginning to allow the use of dried cannabis flower is a large step in the right direction, and a move that may be ricocheted around the industry. The only thing that awaits currently is approval from DeSantis wholly.

The concerns by governor DeSantis are of course warranted, but the majority of those in the industry are in favor of legalizing cannabis flower for medicinal use. Only time will tell how this continues to affect the whole of the industry as we move forward.