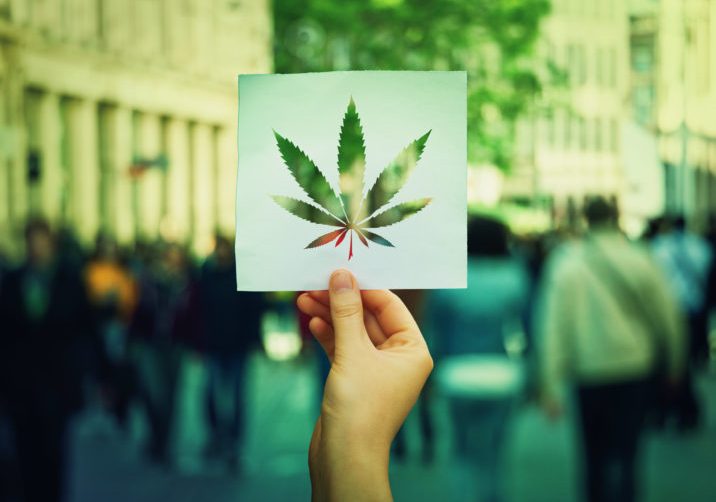 Cannabis is an extremely complex plant, and it contains many more cannabinoids than just THC and CBD. How many cannabinoids do you think this plant contains? So far, more than 60 cannabinoid compounds have been discovered, and Cannabigerol (CBG) is one of them. CBG is a non-psychoactive cannabinoid that can help treat multiple medical conditions, diseases, and illnesses. Although THC and CBD are two commonly consumed cannabinoids, CBG is gaining more popularity and attention due to its medicinal value. Read on to find out more about CBG and how it can positively impact your life.

Want to know how marijuana can reverse aging?
At Oscars this year, 25 gift bags, worth over $130,000, will contain cannabis truffles
Here’s why this cannabis photo posted by Miley Cyrus’ family sparked an online debate about white privilege

Background Of CBG
It’s important to know that CBG is the non-acidic form of CBGA, and CBGA is the parent molecule from which several additional cannabinoids are produced. Once a cannabis plant fully matures, the majority of the CBG within the plant is already converted into CBGA. As a result, CBGA turns into other cannabinoids. Despite this conversion, CBG is often referred to as the ‘stem cell’ or ‘parent’ of other cannabinoids.

In 1975, researchers discovered that CBGA (the acid form of CBG) was the first cannabinoid formed in the cannabis plant. Based on limited research findings, it appears that CBG works with other cannabinoids to provide synergy and balance to the cannabis user. It’s also believed that CBG can partially counteract the cerebral head high associated with THC consumption, which is similar to CBD’s abilities in this regard.

CBG Medicinal Properties & Benefits
Before learning about CBG’s medicinal properties, it’s essential to know that CBG is non-psychoactive, non-impairing, and non-intoxicating. CBG can act on the body’s central nervous system without creating a psycho-active high. Therefore, users don’t have to worry about feeling high after consumption. Not only does CBG contain anti-bacterial, anti-microbial, and anti-septic properties, but it also holds efficacy in battling against MRSA (Methicillin-resistant Staphylococcus aureus). Specifically, in a 2008 study, CBG demonstrated its effectiveness against MRSA.

In addition, one 2009 review article found that CBG and other cannabinoids can slow the progression and growth of various tumors and cancer cells. Due to CBG’s ability to inhibit the growth of cancer cells and tumors, this cannabinoid shows a significant promise in helping treat different forms of cancer. Similarly, in recent years, CBG was found to be an extremely active neuroprotectant, especially regarding Huntington’s Disease. It has been discovered that CBG can help protect neurons, which can be useful in treating many neurodegenerative diseases.

Aside from these benefits, CBG has shown significant potential for helping treat glaucoma. In particular, CBG can reduce intra-ocular pressure while acting as an effective vasodilator and increasing fluid drainage from the eyes. The medicinal benefits don’t stop here though. CBG also contains anti-inflammatory properties, which could help treat symptoms related to inflammatory bowel disease and other inflammatory-related issues. This cannabinoid can reduce inflammation by targeting specific molecules responsible for inflammation including pain syndromes, cancer, and IBD.

CBG’s Mental Health Benefits
Now, what are CBG’s non-physical benefits? For starters, a 2016 report showed that CBG could be an alternative form of treatment for anxiety and depression. Thus far, CBG’s anti-anxiety properties have been revealed through different research findings, but more research needs to be done. Additionally, since CBG can block serotonin receptors, this suggests a potential role for this cannabinoid helping treat depression.

CBG also possesses the ability to inhibit the uptake of the brain’s GABA. GABA is often referred to as an amino acid that acts as a neurotransmitter within the central nervous system and also calms the system down. GABA can block nerve impulses, and when GABA is inhibited, it can result in lessened anxiety and muscle tension. Thus, it’s believed that CBG can provide anti-anxiety and potentially anti-depressant effects.

Additional Medicinal Properties
Aside from the many medical benefits mentioned above, CBG even contains analgesic properties, which can help treat numerous diseases and illnesses. Now, rewind over a decade to when one 2007 study was conducted, which revealed that CBG inhibited keratinocyte proliferation. This suggests a significant role for CBG aiding in the treatment of skin disorders including psoriasis. In general, though, CBG can simplify the making of natural skin-moisturizers, thus, this cannabinoid could be used to combat dry skin and other skin disorders.

Lastly, did you know that CBG can impact the body by increasing anandamide levels? It turns out that this cannabinoid can do just that. For those who don’t know, anandamide is a naturally-occurring cannabinoid that helps regarding the regulation of biological functions like sleep, memory, pain sensations, and appetite.

Overall, not only does CBG contain a plethora of medicinal properties, but it can also have a positive impact on people’s lives. Whether you currently experience health issues or not, this cannabinoid shows significant potential in helping treat different conditions, diseases, and illnesses.