Forget bitcoin, cannabis is the place to go, says US wealth advisor 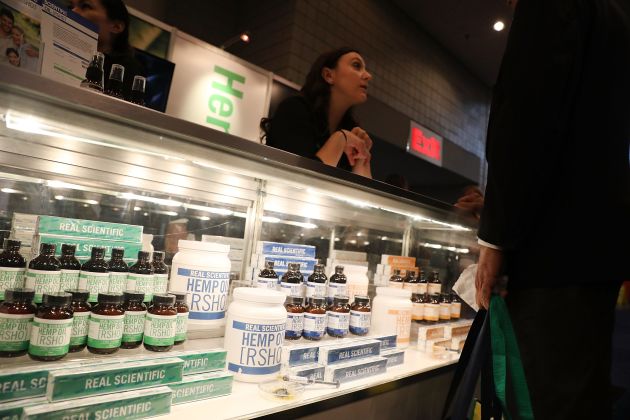 Cannabis stocks are the “next huge growth area” and the plant has “staggering” possibilities for medical use, according to one advisor to wealthy families.

“If you want to be in something that’s very growthy, and actually legitimate as it is legalized and controlled properly, I think this is the place to go,” Carol Pepper of Pepper International told CNBC’s “Squawk Box Europe” on Friday.

Pepper said legalization in Canada had “blown through expectations” and the success had reached the point where firms based there were now exporting to Europe.

“The medical applications for cannabis are staggering. The research is being done and I really think this is next huge growth area,” she said, noting evidence of the drug’s efficacy in treatment of arthritis and epilepsy.

The wealth manager also rejected a suggestion that cannabis stocks would mirror the bitcoin frenzy, which saw asset prices spike to the highs of over $19,000 and crash to trade at around $3,940 currently , stating that cannabis is a physical product with defined benefits.

“I think it is a phenomenal plant that is going to a lot of good for the planet and I’m glad it is finally being legalized.”

Ten U.S. states and the District of Columbia have legalized the crop, even though federal law bans it.

Pepper predicted that big U.S. tobacco and drinks companies will take control of the industry once more legal prohibition is removed around the world.

Many burgeoning cannabis companies control the supply chain from growth of the plaint through to the final sale of derived oils, cream and edibles.

Pepper said this was likely to remain an industry trend as guaranteeing a stable level of chemical within each plant was scientifically tricky.

“If you are going to do EUGMP standard cannabis, which means it can come into Europe, you are going to have to be able to control the level of the various chemicals in the plant,” she said.