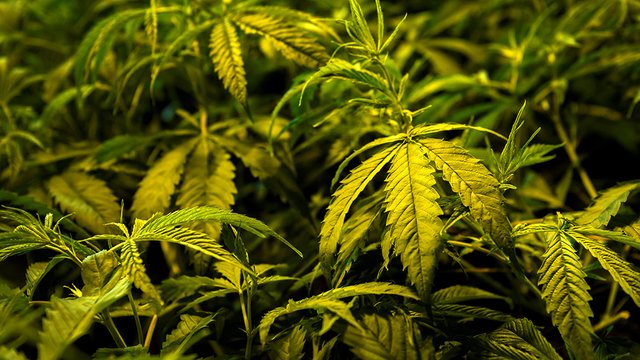 The market for cannabis-based products is booming, and the Food and Drug Administration (FDA) is struggling to keep up.

Congress legalized the use of hemp-based cannabidiol (CBD) products late last year in the farm bill, sending the agency scrambling to figure out new rules around regulating a unique product that is both a drug and a dietary supplement.

The agency is facing bipartisan pressure from lawmakers to quickly come up with a solution. In the meantime, the CBD industry is operating in a grey area and facing uncertainty about what the next steps will be.

Hemp farmers, distributors and manufacturers saw the farm bill as a major opportunity for the future of CBD. But the FDA’s attempts to assert its authority have instead led to confusion.

“Nobody knows if it’s legal or not or what to do,” said Jessica Wasserman, an attorney at Greenspoon Marder, which represents CBD companies. “FDA can’t just ignore it or regulate it out of existence.”

CBD is derived from the marijuana plant but doesn’t give users a high. Ever since the farm bill passed, CBD products have been appearing online and on the shelves of convenience stores, coffee shops and nutrition stores in select states.

The market is lucrative. An analysis by the research group Cowen found CBD could be a $16 billion industry by 2025. Walgreens, CVS and Rite Aid have begun selling CBD-infused beauty and wellness products like topical creams, patches and sprays.

“It literally resembles a gold rush. People are looking at this ingredient as a medical miracle,” said Marc Scheineson, an attorney at Alston & Bird and a former associate FDA commissioner.

The FDA last year approved its first CBD-based drug, Epidiolex, for the treatment of epilepsy. But under agency rules, that means any other CBD product must also be considered a drug and subject to a rigorous approval process.

According to the FDA, adding CBD to foods and dietary supplements in interstate commerce are both illegal. The glut of CBD and hemp products already on the market is creating a headache for the agency, and lawmakers want to know what regulators are going to do about it.

Rep. Chellie Pingree (D-Maine), along with 11 other House members, sent a bipartisan letter to former FDA Commissioner Scott Gottlieb on the issue in February.

During an appropriations hearing that same month, Pingree asked Gottlieb for clarity.

“I realize this is complicated, but I just want to emphasize the need for some sense of urgency around it, the timing of this,” Pingree said. “So many of our states have legalized hemp, have growers growing … CBD is being sold in a lot of places, and it’s created an enormous amount of confusion. … The role of the FDA confuses everyone, I think.”

Gottlieb was again pressed by lawmakers during a House hearing in April on the FDA’s budget, but couldn’t offer any specific reassurances.

“We’ve heard Congress loud and clear. There was an intent to provide a regulatory pathway that allowed for lawful marketing of products derived from hemp, including CBD,” Gottlieb said. “So we’re trying to work expeditiously to create a pathway.”

Gottlieb noted that CBD is unique because it has never previously existed in the food supply.

“We don’t have a really modern proxy for where this has happened,” Gottlieb said. “That doesn’t mean we can’t create such a framework.”

Some states have been cracking down on CBD-infused food. Officials in Maine, Ohio, Florida, New York City and others this year banned stores and restaurants from selling CBD-infused food and ordered existing products removed from shelves.

The federal government hasn’t been directly involved in any of the local crackdowns, and most experts agree FDA can’t order every single CBD product off the market.

“FDA is taking the position that any CBD is illegal, but that doesn’t mean it has the regulatory or enforcement resources to go after these products,” Scheineson said.

During the budget hearing in April, Gottlieb told lawmakers the agency “can’t boil the ocean” and that officials are only cracking down on companies that make misleading health claims, such as those saying CBD cures cancer or can treat Alzheimer’s.

“We’re going after places where CBD is being marketed in situations where we think the claims are either misleading … or being marketed in a formulation and in a dose that’s at a level that creates significant safety concerns,” Gottlieb said.

The agency is holding a public meeting on broad CBD regulation on May 31, and a working group is expected to share its results this summer.

Many in the industry are pushing for some kind of interim clarification of the rules, like an open acknowledgement that there will be no enforcement actions until a final policy is made.

Gottlieb had already hinted that one potential approach would be to regulate the amount of CBD in certain products; any dosage above a certain level would be considered a drug and subject to a stricter approval process.

But any new rules could take years to develop.

Complicating matters further was Gottlieb’s sudden departure from the agency earlier this month. The FDA is now run by acting Commissioner Ned Sharpless, who said he will maintain the agency’s current course of action in every area.

There are also concerns Sharpless may be hesitant to take any action on CBD without the mandate of being a confirmed commissioner.

Gottlieb said he believes that the most efficient way for a regulatory pathway for CBD would be through legislation, and he promised to ask Congress for help if rulemaking drags on.

Gottlieb was well-liked by lawmakers of both parties, and it’s not clear if Sharpless would be able to shepherd any potential legislation through Congress.

Wasserman said industry is skeptical that the FDA can do it alone.

“They will not resolve this issue on their own without some kind of congressional pressure,” Wasserman said.

“The idea of getting a deadline is of interest to people; the concern is [the FDA] will never move forward on this.”