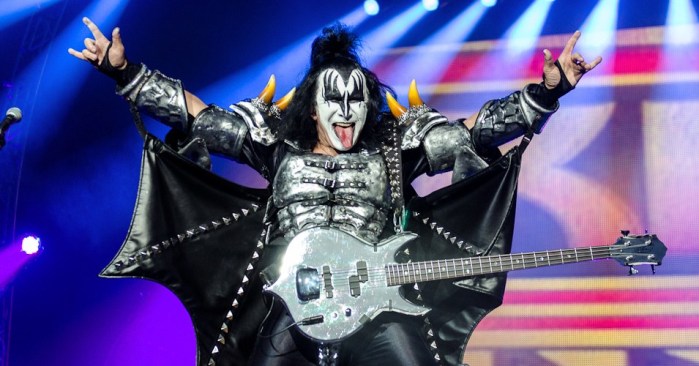 What happened: Kiss frontman Gene Simmons’ role with Invictus MD Strategies Corp. is set to increase thanks to news that the licensed cannabis producer has signed a letter of intent to form a joint venture with Simmons, Simmons’ MoneyBag Sodas and Rock Steady Sodas, to make non-alcoholic, CBD-infused beverages to be distributed across the U.S. and Canada. Why this matters: Invictus’s move ratchets up competition in the nascent infused-beverage market that many see as a potential gold mine.

The trend has prompted B.C.-based companies such as Tilray Inc., Emerald Health Therapeutics and Chemesis International Inc. to jump on the research bandwagon to improve technology for infusing drinks with active cannabis ingredients.

Simmons has long been involved with Invictus in a role that the company calls chief evangelist officer. Back in March 2018, Invictus executives opened the trading day at the TSX Venture Exchange with their appearance coinciding with the company changing its ticker symbol to GENE, from IMH.
The economics of the joint venture are expected to be determined within the next 60 days as the parties finalize due diligence, the company said.

Invictus is expected to contribute the CBD and its expertise in infusing beverages while Simmons and MoneyBag are set to contribute a licence to use the trademarked brand Simmons MoneyBag Sodas. Rock would then bring generations of bottling and distribution experience as well as recipes that could be tweaked to include CBD, or the cannabinoid known as cannabidiol. Simmons’ MoneyBag Sodas already produce a cola, diet cola, root beer, ginger ale and cream soda.

“We initially approached Gene to become chief evangelist officer of Invictus, but his role has grown far beyond that,” said Invictus CEO George Kveton.

Invictus’s excitement about developing infused beverages is understandable, however, perfecting these drinks is difficult work.

The drive to make cannabinoids water soluble stems not just from consumers’ desire for homogenized drinks with a consistent texture but also because water soluble drinks provide intoxicating effects much faster than do non-water-soluble drinks.

Drinks that are not water soluble have a delay in the effects of oil-based cannabinoids, which bind with fat in the human body before they’re absorbed. That means that they are not felt for 90 minutes or more. Alcohol, in contrast, fuses with water and is absorbed quickly into the bloodstream to create intoxicating effects.