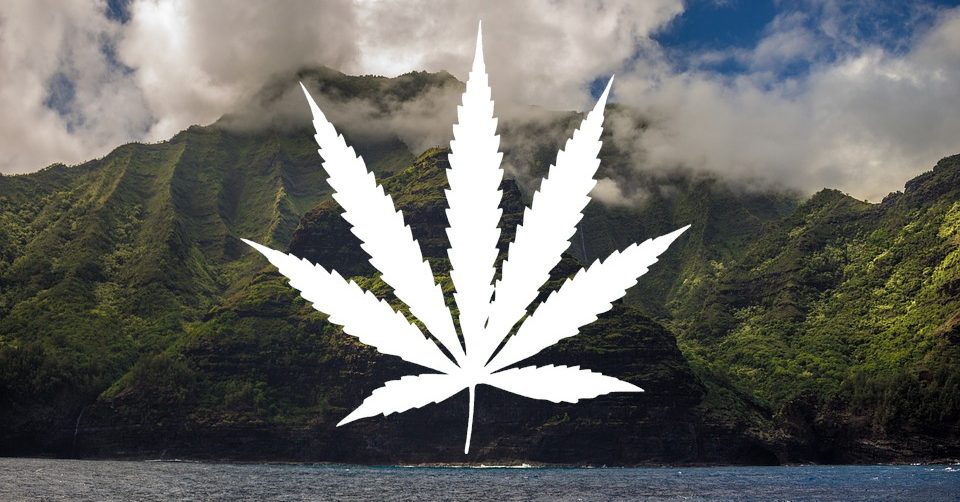 As of July 10, 2019, Hawaii has decriminalized the “criminal act” of being in possession of small quantities of marijuana. Hawaii’s Governor David Ige did not sign off on this new law, but he did not reject it by the Tuesday deadline, allowing it to become law. It takes effect on January 11th, 2020.

Now, anyone found to have less than three grams of cannabis can receive a $130 fine with no jail time. This is a big change from the previous laws, which prescribed a $1000 fine, thirty days in jail and a punitive criminal record.

This move sees Hawaii becoming the 26th state to decriminalize possession of small amounts of cannabis. Arriving at this point has been a long and slow journey when you consider that as early as 2000, Hawaii enacted legislation on medical marijuana use. Four years after California became the first to do so.

The initial laws permitted medical marijuana cardholders to either grow their supply or appoint a caretaker to do so. A dispensary program did not come into being until 2015, with the first dispensaries beginning operation two years later.

Decriminalization is not the same as legalizing marijuana use. This is obvious given the presence of a fine, and that it only applies to amounts under three grams. Possession of larger quantities and repeat offending could attract more serious penalties, including jail or prison time. If legalized, there would be no penalty at all for possession, and there would likely be a legally approved framework for sales.

For some legislators and advocates in favor of legalization, holding back such policy creates a problem when it comes to cannabis’ accessibility. Decriminalization still places a ban on selling the drug, meaning that users would still have to tap into the “criminal world” for sourcing instead of a safe and friendly local cannabis shop. This would allow criminal organizations to continue making illicit profits that could be channeled to other violent activities.

Gov. Ige signed HB 2729 into law on July 10, 2019. This Bill allows registered medical marijuana patients from other states to utilize medical marijuana while visiting Hawaii. If you are visiting this beautiful island and are planning to purchase medical cannabis, you will need a form of identification. Acceptable forms of ID include a state driver’s license, valid state ID or valid passport book. Tourists are also required to have a valid 329 card. Online registration will not result in a patient receiving their 329 card. A doctor must certify your registration for your 329 card to be valid.

Also included in this legislation is extending certifications of cannabis for up to three years depending on the medical condition. Hawaiians will now have the option to shop at 24 medical dispensaries as the Department of Health has been given the authority to open an additional dispensary.

Under current Hawaiian law the conditions that qualify a patient for a medical marijuana card include the following:

Why Hawaii continues to lag behind in cannabis legislation:

Some legislators that are reluctant to support legalization do acknowledge that the policies in place to deal with drug offenses do tend to be harsh and expensive, but still, they prefer some kind of limitations on accessibility to cannabis in the state.

They also have fears that big corporations allowed to market and sell the drug may do so irresponsibly. This concern is linked to previous experience with the alcohol and tobacco giants who have built massive fortunes on the spending of addicted consumers.

According to an ABC News report, Gov. Ige has reservations concerning the legalization of recreational marijuana, citing talks with other governors who have indicated significant problems with recreational laws. Ige suggested a preference to wait and learn from the challenges and problems other states faced before considering how to implement such an initiative in a controlled manner.

There have been previous attempts to push through bills that would legalize marijuana for recreational use, which have stalled along the way. As recently as March this year, one such bill fizzled along the way due to the second panel of lawmakers failing to consider it before a deadline.

Another concern that has caused hesitancy amongst legislators is contradicting federal laws that still class marijuana as an illegal drug. There is worry that pushing forward on recreational laws would jeopardize Hawaii’s existing medical cannabis dispensary program.

Though the progress towards legalization is slow in Hawaii, the general consensus is that it is just a matter of time. Many support Gov. Ige’s ‘wait and see’ attitude that may help them avoid pitfalls, and create early establishments of abuse prevention, education and treatment programs before legalization.