3 Marijuana Stocks You Should Buy, According to This 124-Year-Old Wall Street Firm 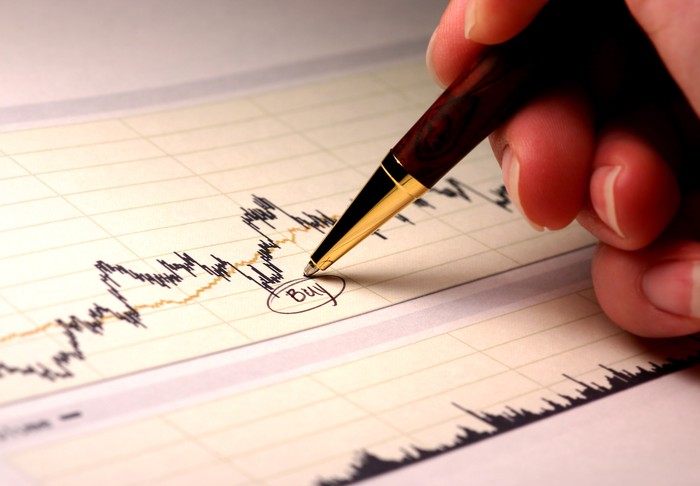 Steadily, the cannabis industry is budding into a big-money business. After generating a little more than $3 billion in worldwide licensed-store sales in 2014, the global pot industry nearly hit $11 billion in sales last year. By 2024, the team of Arcview Market Research and BDS Analytics foresees worldwide weed sales surpassing $40 billion, at least according to their newest report, State of the Legal Cannabis Markets.

Regardless of how widely sales estimates vary among researchers and on Wall Street, it’s abundantly clear that the legal cannabis industry is going to be a force to be reckoned with – and that could mean great news for investors.

Of course, the age-old question remains: Which marijuana stocks to buy?

According to 124-year-old Wall Street investment bank Piper Jaffray, the answer is pretty clear. Last week, the investment bank initiated coverage on four cannabis stocks, labeling three with a rating of overweight, the equivalent of “buy,” with one company receiving a neutral rating, which is the same as a “hold.” Here are the three cannabis stocks long-tenured Wall Street firm Piper Jaffray thinks you’d be smart to buy.

The most prominent name of the bunch that Piper is bullish on is Canadian grower Cronos Group (NASDAQ:CRON), albeit it has the lowest respective upside of the three companies that had coverage initiated.

The excitement surrounding Cronos Group primarily has to do with its tie-ins to Altria (NYSE:MO). As you may recall, Altria invested $1.8 billion into Cronos in mid-March, netting itself a 45% equity stake in return. But Altria brings much more to the table for Cronos than just cash. It has much-needed regulatory expertise, access to more than 230,000 U.S. retail locations, and can provide the necessary knowledge needed for Cronos to roll out a line of vape products throughout North America, where it’s legal, of course.

Covering analyst Michael Lavery pointed out in his note to clients that he expects Cronos to generate about 60% of its 2020 sales from cannabidiol (CBD) products. CBD being the cannabinoid best known for its perceived medical benefits that doesn’t get users high. Cronos has already agreed to acquire Redwood Holdings in the U.S., which has a line of CBD-infused beauty products sold under the Lord Jones brand, for $300 million, and will likely push further into the lucrative U.S. CBD market.

While I agree with Lavery that Cronos Group has made a smart choice by focusing on CBD products, and that its nearly $1.8 billion in cash provides some form of downside buffer in the stock, I still can’t stomach its valuation knowing that Cronos may not be profitable until 2021. For Yours Truly, it’s a hard pass on Cronos.

CV Sciences and its line of PlusCBD Oil products have had a number of big wins this year, with the creme-de-la-creme being its distribution partnership with Kroger (NYSE:KR), the nation’s largest grocer. CV Sciences initially signed a deal to get its products into more than 900 Kroger family stores in mid-June, but expanded its relationship to 1,350 stores in 22 states a month later. Since the beginning of the year, CV Sciences retail door count has more than doubled.

Lavery notes that CV Sciences is the second-largest U.S. CBD stock by revenue, and that ongoing distribution deals will expand its top line. Further, Lavery and his firm will be looking for clarity from the U.S. Food and Drug Administration on CBD as a food and beverage additive. This is a “looming catalyst,” according to his note to clients.

While I generally agree with Lavery, and note that CV Sciences is one of only a few pot stocks to generate an operating profit, I’m cautious in the near term with Charlotte’s Web’s also securing a distribution deal to appear on Kroger’s shelves in 1,350 stores. Charlotte’s Web is the leading hemp-derived CBD company by market share in the U.S., and I’m curious to see how well CV Sciences can compete in Kroger when placed in the same shelf space as the top dog.

3 Marijuana Stocks You Should Buy, According to This 124-Year-Old Wall Street Firm
cannabis stock opportunities