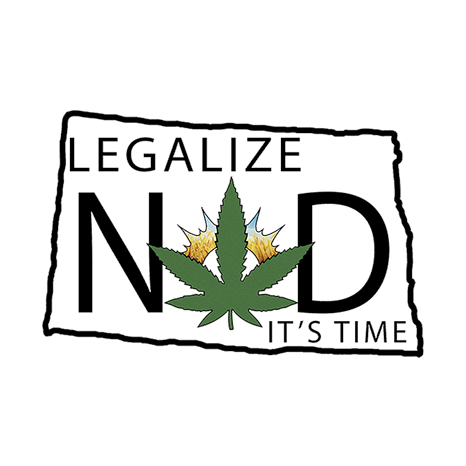 This summer, the grassroots group LegalizeND successfully collected enough petition signatures to place a statewide marijuana legalization initiative (Measure 3) on this November’s general election. If enacted in November, North Dakota would become the tenth state — and by far the most politically conservative one — to legalize the adult use of marijuana in the United States.

And as if I need to tell you, that would be a game-changer in our country.

Measure 3 has a sort of beauty in its simplicity. Thirty days after passage, it removes the criminal and civil penalties for adults over the age of 21 to possess, privately consume, and privately cultivate personal possession of marijuana. Unlike initiatives in other states, that often possessed robust and sometimes overly-complicated and exclusionary regulatory schemes for the licensing of commercial marijuana market, Measure 3 focuses on the individual consumer — not commercial businesses. In short, it halts new arrests and expunges past convictions. It’s that simple.

If lawmakers in the future wish to enact specific regulations licensing and taxing the marijuana market, that decision will be up to them.

But can Measure 3 win this November? I went to North Dakota to see for myself.

The fundamentals are strong. In 2016, voters passed a medical cannabis regulatory program with 64% of the vote. But then the legislature gutted the law, rewrote the rules, and ultimately ignored the patients who still today bear the black mark of being criminals in the eyes of the state. And voters in North Dakota are, to say the least, very upset.

This bodes well in the event of Measure 3’s passage, as pressure would ramp up on the lawmakers to swiftly implement a pro-consumer set of rules to compensate for the new legal status of cannabis.

According to the polling by the campaign earlier this year, a plurality of voters favor the measure. In my time in North Dakota, I spoke with numerous supporters — going to door-to-door with campaign volunteers — and appeared on several media outlets to discuss the initiative. As we like to say at NORML, “The more we’re talking about ending prohibition, the more we’re winning.”

Here is just some of the media hits that NORML Executive Director Erik Altieri and I participated in while supporting our friends at LegalizeND and their quest to end criminalization in North Dakota.

The message to North Dakotans from one of the nation’s most well-known marijuana reform organizations is fairly simple as voters consider a ballot measure to approve recreational marijuana this fall: They want to protect the personal freedom of responsible adults to smoke it without a negative effect on public safety.

The executive director of the National Organization for the Reform of Marijuana Laws, Erik Altieri, and federal political director, Justin Strekal, were in the state for a three-day visit starting Friday, Sept. 21, to discuss the issue through the media, hold a fundraiser, train volunteers supporting the measure and to “support our friends.”

A Washington DC advocacy group has arrived in North Dakota to support the Measure 3 campaign.

Measure 3 would legalize marijuana for adult use and cultivation. Erik Altieri is executive director of NORML, the National Organization for the Reform of Marijuana Laws. He says NORML has a 50 year history and they’ve worked in several states that have already legalized marijuana for recreational use. Altieri says North Dakota is 5th in the nation for per capita incarcerations related to marijuana, and this measure would help keep otherwise law abiding citizens out of jail. He says much like campaigns they’ve worked on in other states, here they will educating the public about recreational marijuana.

Political director Justin Strekal says the legislation would be beneficial to veterans. He says 22 percent of veterans report using cannabis to treat ailments, but if they do it in North Dakota they are considered to be criminals.

Supporters of legal recreational marijuana in North Dakota are getting backers from Washington.

The director of the National Organization for the Reform of Marijuana Laws is asking North Dakota voters to say yes to Measure 3 this November.

Volunteers Advocate for “Yes” Vote on Measure 3, Which Would Legalize Marijuana:

When you head to the polls, you’ll see something on the ballot called Measure 3. It will legalize marijuana in the state of North Dakota, and advocates say that would help many families.