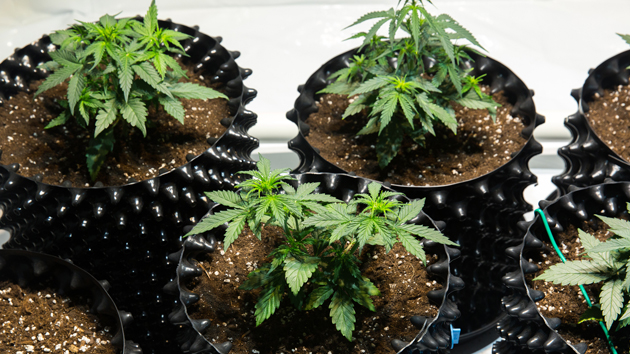 (NEW YORK) — With medical marijuana already legal in 29 states and even more states considering legalization, some believe that the inevitable next step is an increase in recreational marijuana use among adolescents, but a new study published Sunday in Addiction busted that myth.

“We had done an earlier study published in the Lancet in 2015 of a million adolescents that were surveyed yearly between 1991 and 2014, and found no increase in teen use of cannabis or marijuana. We were surprised by that result,” said Dr. Deborah S. Hasin, an author of the study and professor of epidemiology at Columbia University.

But despite a series of similar studies with the same result, she said, “People were so convinced that medical marijuana laws were going to increase teen use so they questioned the relationship.”

In order to provide a more definite answer, the study authors went back to do a meta-analysis, a look at all the past studies that were rigorous enough to be included. They systematically reviewed 2,999 academic papers to find 11 suitable studies to pool together.

None of the 11 studies, which covered data from 1991 to 2014, found an increase in past-month marijuana use among teens after medical marijuana was legalized in their state.

“Altogether, if there was any weak relationship, it would have been found,” Hasin said. “But there was no evidence for increased recreational marijuana use post medical marijuana legalization in teens.”

However, this study does not mean that teens are unaffected by any type of marijuana legalization.

“Regular marijuana use in teens has been shown to lead to impairments in neurodevelopment, later academic functioning, and occupational achievement. Rightly so, people are concerned about teen use — whether that’s with medical marijuana legalization or not,” Hasin said. “What we really don’t know about is [the effects of] recreational marijuana laws.”

So far, the data are inconclusive. A 2016 study by Hasin and others showed that there was an increase in teen marijuana use in Washington, but not in Colorado after recreational marijuana was legalized for adults in those two states.

Dr. M-J Milloy, assistant professor of medicine at the University of British Columbia and research scientist with the BC Centre on Substance Use, agreed that these are the states to closely watch, but said that it’s possible to even see declines in teen use of marijuana in this situation.

“With the current prohibition scheme, teens are still able to access it,” he said. “Hopefully, by forming a public health regulated system — stores that check IDs instead of dealers who do not — we may see a decline in teen use.”

Hasin cautioned that, given the economic pressure to commercialize this industry, there’s a need for more regulation in advertisement and the number of retail outlets.

“Americans increasingly see cannabis as a harmless substance,” she said. “But even in adults, people can experience cannabis withdrawal and addiction syndromes. These are all things people need to be aware of instead of thinking that it is natural and therefore risk-free.”

This article was written by Christy Duan, a psychiatry resident physician at Zucker Hillside Hospital in New York and a resident at the ABC News Medical Unit. Read more of her work at www.christyduan.com.