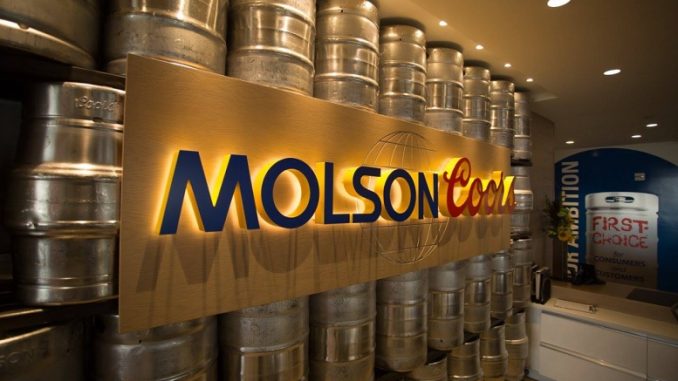 voiced concerns about the potential impact that cannabis legalization could have on its beer sales, according to a report by the Cannabist.

Although it has been a slow process, the legalization of cannabis across various parts of the United States has ushered in new business opportunities and provided legitimate alternatives to once-clandestine industries.

Supporters of the marijuana legalization movement contend that this has a beneficial impact on everything from individual growers and distributors to secondary markets and governments, which could benefit from taxes on sales. However, there are also detractors of the cannabis legalization process, like Molson Coors.

Legalized Pot Is a ‘Risk Factor’

Molson Coors, headquartered in Denver and Montreal, became the latest publicly traded company to mention the growing legal marijuana industry in its annual financial report. The latest 10-K filing with the U.S. Securities and Exchange Commission indicated that the brewing behemoth was closely monitoring the impact of legal cannabis sales on its customers’ pocket money and, eventually, on sales for its beer.

The 13K filing indicated that the company views legal cannabis as a possible “risk factor” to its business, suggesting that “although the ultimate impact is currently unknown, the emergence of legal cannabis in certain U.S. states and Canada may result in a shift of discretionary income away from our products or a change in consumer preferences away from beer.”

Molson Coors continued: “As a result, a shift in consumer preferences away from our products or beer or a decline in the consumption of our products could result in a material adverse effect on our business and financial results.”

For the time being, the impact of legal marijuana sales and use on beer sales remains to be seen, according to Molson Coors spokesperson Colin Wheeler.

“As the legal landscape changes in Canada and evolves in the U.S., we are working actively to understand the impacts on our business, if any, and the range of appropriate responses in the interests of our company and our stakeholders,” Wheeler said. “We’ll take our time and get it right, consistent with our values as a company and our commitment to responsibility.”

“Risk factors” indicated in company 10-K filings can vary considerably, and may include everything from environmental and climate-related aberrations to resource shortages and political policy shifts. Companies like Molson Coors have been more likely to consider legal cannabis as a potential risk factor as the movement toward country-wide legalization has picked up pace.

have also suggested that the legalization of recreational marijuana could be a potential risk factor for their sales. In fact, it’s possible that some beer companies may even partner with companies in the cannabis industry to try to capitalize on the mushrooming new market.