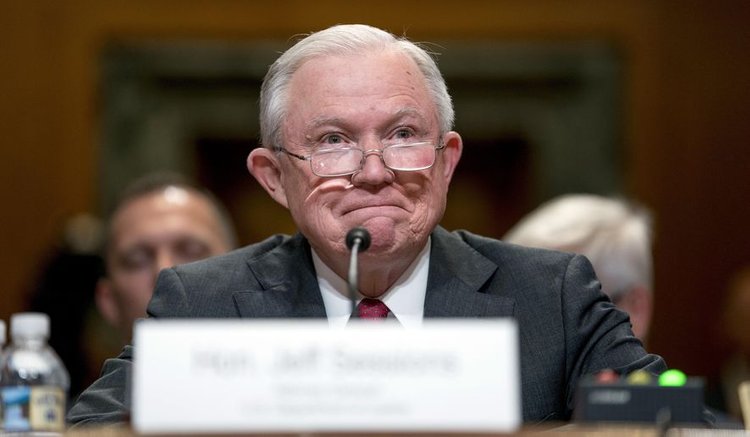 Attorney General Jeff Sessions ducked questions from Senate Republicans and Democrats Wednesday about his plans to enforce federal marijuana laws in states that have legalized or decriminalized the drug, telling lawmakers to change the federal laws if they are concerned.

“The federal government has passed some laws on marijuana that I’m not able to remove from the books, ” he said during an appearance before the Senate Appropriations Committee. “Congress — you — have passed them. They are on the books.”

In January, Mr. Sessions rescinded an Obama-era policy of not interfering with marijuana-friendly state laws, leaving it up to state prosecutors how aggressively they want to pursue such cases. Several states have decriminalized or legalized marijuana, but it remains illegal under federal law, creating a clash between federal and state law.

The decision has created confusion in states that have marijuana-friendly laws. Licensed marijuana growers and federal prosecutors are unclear what the rules are and which laws should be enforced.

Despite efforts by senators to get some clarification, Mr. Sessions would not provide it.

“Our priorities are fentanyl, heroin, methamphetamine, cocaine,” he said. “People are dying by massive amounts as a result of those drugs. We have very few, almost zero, virtually zero small marijuana cases. But if they are a big deal and illegally acting and violating federal law, our agents may work that case.”

“I can’t make a commitment about what position we would take at this time until we know exactly whats involved,” he replied.

Mr. Sessions did surprise some members when he acknowledged the medical potential of marijuana, though he said he did not approve of how it is consumed.

“Medical marijuana, as one physician told me, ‘whoever heard of taking a medicine when you have no idea how much medicine you’re taking and ingesting it in the fashion that it is, which is in itself unhealthy?” he said.

MORE INHOME
Trump lawyer Michael Cohen to plead Fifth in Stormy Daniels lawsuit
Four states with marijuana legalization laws have requested a meeting with Mr. Sessions over his decision to rescind the Obama-era policy, codified in the so-called Cole Memo. Treasurers in California, Illinois, Oregon and Pennsylvania sent a March letter to the attorney general to discuss balancing state and fedora law enforcement issued. The meeting has not yet taken place.