These Stats on Cannabis Sales Will Shock You 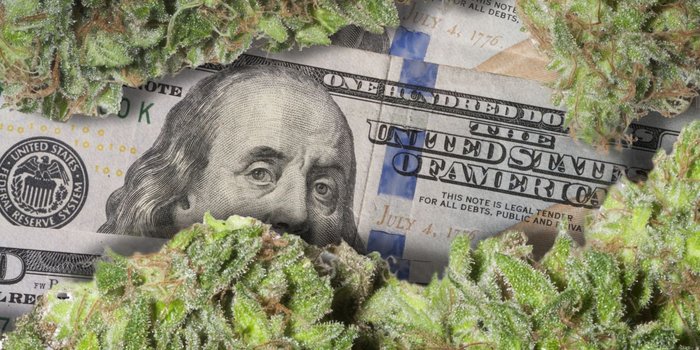 If you weren’t convinced that we are in the early stages of a cannabis boom unlike any other in history, then perhaps these numbers from Chris Walsh, an industry analyst and editorial vice president of MJBiZDaily, will change your mind.

Smith, who presented his findings to a packed crowd in April at The Marijuana Business Conference & Expo in New Orleans, said that retail sales of medical and recreational cannabis in the United States are expected to hit $8 billion-$10 billion this year. That’s a nearly 50 percent increase from 2017.

Cannabis outsells Oreos (and possibly McDonald’s).
In 2017, sales of medical and recreational cannabis in the U.S. were nearly nine times higher than Oreo cookies, which puts cannabis almost on par with America’s collective spending on Netflix subscriptions. With the addition of California’s recreational market sales in 2018, cannabis sales could easily eclipse McDonald’s annual U.S. revenue.

Cannabis creates job surge.
The cannabis sector currently employs 125,000-160,00 full-time workers. “To put this in perspective, there are potentially more full-time marijuana industry workers that there are librarians or kindergarten teachers throughout the country–and over six times the number of coal miners in the U.S,” said Walsh.

He projects the industry to add as many as 340,000 full-time jobs by 2022. This reflects an estimated growth of 21 percent per year, significantly higher than official estimates for other industries and professions such as U.S. Healthcare, which is expected to grow 2 percent.

Cannabis is bigger than Bolivia.
The marijuana industry will create an estimated $28B-$34B economic impact in 2018. That’s larger than the entire GDP of Bolivia. By 2022, cannabis sales could soar past $75B annually.

Cannabis may nick cigarettes.
Total demand for marijuana in the U.S., including the black market, is around $52.5 billion. If the federal government legalized marijuana nationwide, eventually, marijuana could surpass cigarette sales–with the potential to rival beer in terms of overall sales.

These Stats on Cannabis Sales Will Shock You
Cannabis opportunities