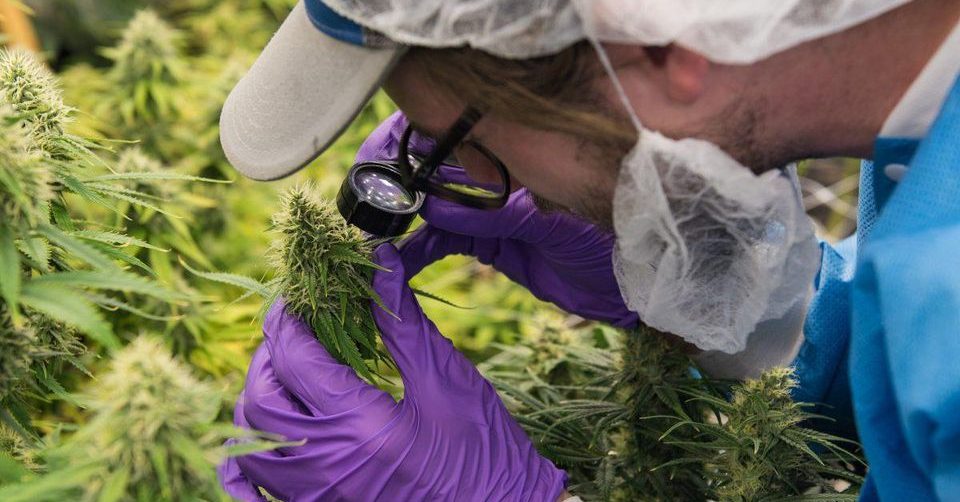 Jobs are growing in the cannabis sector and the so are the businesses offering them.

125,000-160,000 people work full-time in the legal marijuana industry according to Chris Walsh, industry analyst and Editorial Vice President of MJBizDaily. That includes growers, processors, sellers and those that service and supply those companies. There are more marijuana sector employees than librarians or kindergarten teachers in the United States Walsh said.

30 states plus DC allow medical or recreational cannabis that contains the psychoactive ingredient THC. Adding the states like Texas that have some sort of CBD-only medical marijuana laws, brings the number into the mid-40’s said Garrett Rudolph editor of industry business magazine Marijuana Venture.

The legal cannabis industry is still comprised mostly of small businesses bound geographically by state lines, but some larger players are emerging. Four cannabis-related companies in the US and Canada recently merged under the company name TILT, which expects to have revenue of $70 million in 2018. Separately, the companies had previously raised over $150 million in capital and securities. TILT will aim to share data, best practices and financing among the companies which include grow operators, financial advisors and consultants, as well as makers of dispensary operations software, customer loyalty software, and cultivation supplies.

Other companies have been quietly growing as well. PalliaTech is a Massachusetts-based holding company with controlling investments in cannabis growing, processing and selling operations in eleven states. The company, including Curaleaf a patient-facing subsidiary brand, currently employs 575 people.

Acreage Holding operates growing facilities, processors and dispensaries in 11 states and recently welcomed former speaker of the House, John Boehner to its board of advisors. Boehner had previously been a hard-line anti-cannabis legislator.

The taxes being collected as the industry grows are significant. Tom Adams managing director for the industry intelligence group at BDS Analytics in Boulder CO., estimates that companies that grow, process, or sell cannabis reported $12.9 billion of revenue in 2017, and between $3.8 billion and $4.7 billion was collected in sales, excise and income taxes. Cannabis tax rates vary from state to state but are generally higher than other industries according to Steve Schain senior attorney of the Hoban Law Group which works with cannabis companies.

As more states legalize and roll out medical and recreational cannabis markets, the job growth will continue and the industry is projected to add as many as 340,000 full-time jobs by 2022 According to MJBizDaily.

“As the cannabis industry continues to grow, successful companies will focus on being well-positioned and prepared for capitalizing on new opportunities,” said Hadley Ford, CEO of iAnthus Capital Holdings. “We have a positive outlook on how the industry is progressing.”