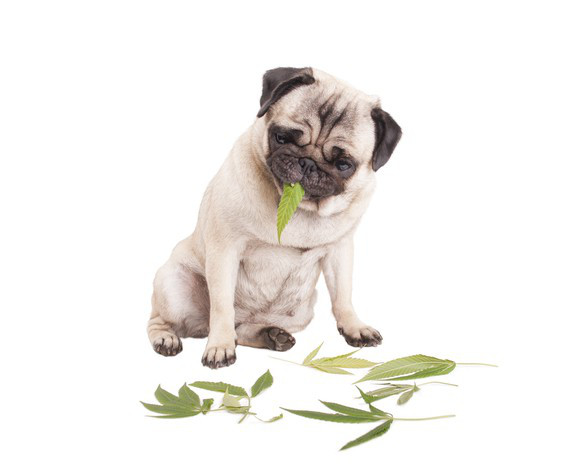 The marijuana industry could be going to the dogs.

Cornell University College of Veterinary Medicine recently announced results from a clinical study evaluating cannabinoids in dogs with osteoarthritis and multi-joint pain. The study found that dogs that received a hemp oil blend showed significant improvement over those that received placebo. A similar study is currently under way testing use of cannabinoids in cats.

It’s not just the drugmakers that are doing well. PetMed Express (NASDAQ:PETS), one of the largest pet pharmacies in the U.S., has also seen sales and earnings grow significantly.

There are several reasons behind the rise of pet pharma. The number of U.S. households with more than one pet is increasing as both younger and older Americans seek companionship from pets. Also, the growing middle-class populations in large countries such as China and India are more likely to own pets.

Keep in mind, though, that not all of the money made by the animal health industry is from products sold for pets. For example, over 55% of Zoetis’ total revenue stems from its livestock products. Also, roughly two-thirds of the company’s sales are for anti-infectives, parasiticides, and vaccines — some of which aren’t viable targets for cannabinoids.

Investing opportunities
Still, the results from the Cornell study indicate that there’s a real possibility for cannabinoids in the pet pharmaceutical market. Some veterinarians have referred to use of cannabinoids in alleviating animal pain as “a game changer that will change the face of veterinary medicine.”

But are there opportunities for investors? The hemp-based products used in the Cornell study were made by Ellevet Sciences. The company is privately held, so it’s not an option for investors right now.

There are a handful of tiny cannabinoid-focused animal health companies with stocks traded over the counter. Tetra Bio-Pharma, for example, announced last year plans to develop cannabinoids for the veterinary market. Medical Marijuana Inc. (NASDAQOTH:MJNA) has a subsidiary, Phyto Animal Health, that focuses on developing cannabinoid products for the pet market. However, I don’t view Tetra or Medical Marijuana as good candidates for many investors because of the risks associated with penny stocks.

As for the big players in animal health like Zoetis and Merck, I’m not aware of any of them bringing up the topic of researching cannabinoids. That doesn’t mean they haven’t considered doing so or won’t develop cannabinoids down the road, though.

Perhaps the bigger biotechs with cannabinoid programs will recognize an opportunity in the animal health market at some point. GW Pharmaceuticals (NASDAQ:GWPH), for example, has performed quite a bit of testing of its cannabidiol (CBD) and cannabidivarin (CBDV) products with animals as a prerequisite for testing in humans. So far, though, GW hasn’t hinted at exploring a potential expansion into the animal health market.

Ahead of its time
The reality is that there’s a good reason most investors haven’t thought about the potential marijuana market for pets. It’s still a little ahead of its time.

Remember, it’s taken many years for medical marijuana for humans to become more widely accepted. And while synthetic forms of cannabinoids have been approved for use in the U.S., GW Pharmaceuticals’ Epidiolex appears likely to become the first FDA-approved drug that’s actually made from marijuana. An FDA decision is expected by June 27.

But will the day arrive where cannabinoids play a more important role in animal health? I think so. Sooner or later, investors will be able to profit. For now, though, marijuana investors might want to bark up a different tree.