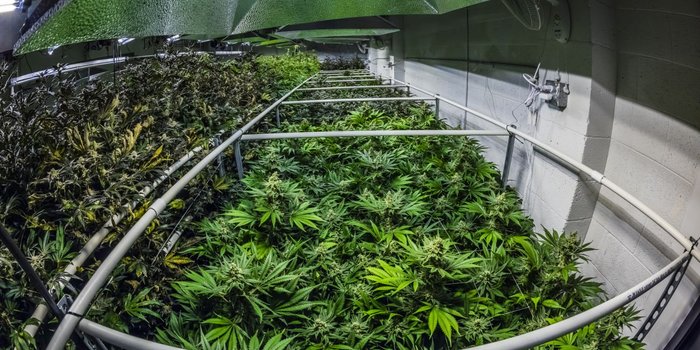 The marijuana industry has continued its explosive growth in 2018, and a new report has quantified just how explosive.

Sales of legal marijuana in the United States could hit $10 billion this year and skyrocket to $22 billion by 2022, according to the 2018 Marijuana Business Factbook released by Marijuana Business Daily. That’s big growth year-over-year, with last year’s figure for both recreational and medical marijuana hitting about $6.2 billion.

Here are some of the factors driving projections.

Nevada and Massachusetts
Nevada came out of the gates fast last year. After voters approved legal recreational cannabis sales in Nevada in November 2016, the state moved faster than any other in getting a recreational marijuana market in place. Sales launched in July 2017. The state already has sold more than $304 million in adult-use marijuana, with $41 million sold in March 2018 alone. Those numbers are above the original projections. Nevada already has raked in almost $49 million in marijuana taxes.

Waiting in the wings is Massachusetts, where legal adult-use marijuana sales are expected to launch in July.

And voters in Michigan are expected to consider legalization on this fall’s ballot. There’s also a wave building to legalize adult-use in New York, and New Jersey Gov. Phil Murphy also supports legal adult-use marijuana there.

Continued Growth in Colorado, Washington
Voters in Colorado and Washington got the legal marijuana train rolling years ago, but the states continue to increase revenue. Sales in the two states – which the report said have finally come close to plateauing – will “easily eclipse” a combined $2 billion.

Medical Marijuana
The market for medical marijuana also continues to grow. Large population states including Florida, New Jersey, Pennsylvania and Maryland have expanded the conditions under which medical marijuana can be used. New Mexico and Arizona also have medical marijuana markets that continue to grow, according the report.