'My Research Shows If You Use Cannabis In Low Doses In Your 40s And 50s, You Probably Don’t Get Alzheimer’s': Dr. Gary Wenk 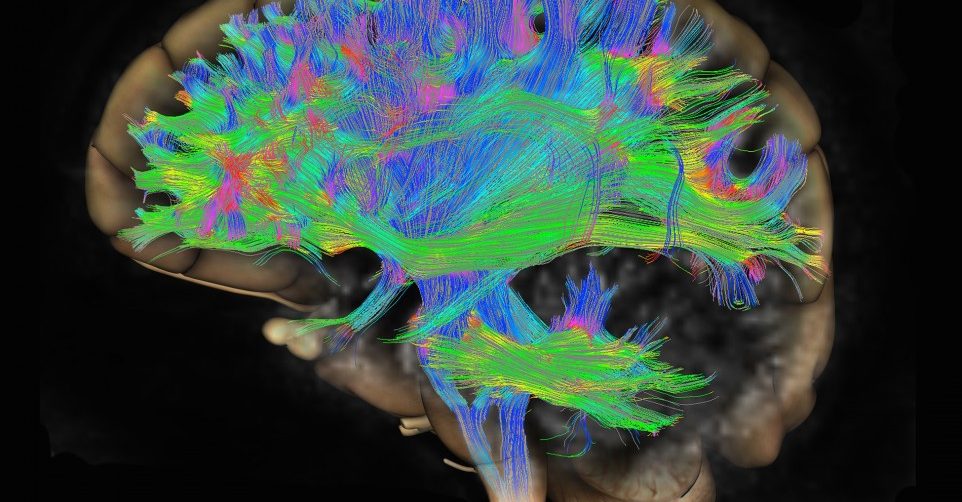 It may be time to talk to your parents about marijuana. Smoking it every day could save their lives, according to Dr. Gary Wenk – a researcher at Ohio State University who has been studying the effects of cannabis on the human brain and made some astounding discoveries. One of his biggest findings is that when healthy middle-aged people use it daily and in low doses, it drastically reduces the likelihood that they will develop Alzheimer’s later in life.

In studies done on mice, Wenk found that prevention of the disease could be attained with a dose as low as the equivalent of one puff a day of cannabis. But before you get your wheels spinning with visions of mice passing around crumb-sized joints, we should clarify that smoke was not actually administered to them in this experiment. One reason for this, said Wenk, is that, well, mice would find that process less than chill.

“We didn’t want them smoking, and we didn’t want to pick them up and inject them, because that’s too stressful,” Dr. Wenk told Civilized. Instead, he and his fellow researchers administered cannabis to their subjects by way of what’s called an osmotic midi pump, which is a device that was inserted under the animal’s skin, and administered very slowly into their systems 24/7.

Devising this mode of delivery allowed researchers to monitor the animals’ brains with minimal impact of stress. And according to this research, a steady supply of cannabis is highly effective in minimizing brain inflammation. What this could mean is that cannabis could prevent the devastating onset of Alzheimer’s, which often strikes by surprise. However, individuals who have suffered head trauma, such as professional football players or survivors of car accidents, are particularly at risk for developing Alzheimer’s.

“My research shows that if you use it in low doses in your 40s and 50s, you probably don’t get Alzheimer’s.”

The Limits of Animal Testing
While the results from these mouse trials are highly promising for human patients, Wenk pointed out that there are limits to the conclusions that can be drawn from animal testing.

“Some treatments have succeeded because of animal research, and it’s worked in humans. Some have not. Most of those, sadly, are brain diseases…We don’t have good drugs. Nothing.  Good treatments, cures, nothing to even slow down the disease process. So, obviously the animal models have not been that good.”
And another complication is that adapting mouse trials for humans is very time consuming.

“We fine-tune animal models until ultimately you find something that works in animals that predicts it works in humans,” Wenk told Civilized. “That doesn’t happen overnight. It takes decades.”

Still, what Wenk has learned in his studies of animal models is, well, mind-blowing. One key discovery he’s made involves stem cells, which he said, “can be turned into any new cell, and the brain uses them to wire up new circuits and things like that. We retain the ability to make new neurons, but as we get older, that ability dissipates over time until after a while we stop generating new stem cells completely, and we move to what we call neurogenesis, which is associated with depression and cognitive impairment, and increases the risk of dementia and other diseases of aging. What we found was that those stem cells turned themselves off, but still possessed and expressed marijuana receptors as well.

“We thought, ‘That’s interesting. What would happen if we were to stimulate those receptors?’ Could we get those stem cells to wake up? That was one of my most important discoveries — that yes, you can.”

Unfortunately, those findings have not stimulated enthusiasm for cannabis reform in Congress.

The current political administration in the U.S. continues to deny that cannabis has any medical benefit (something that Wenk believes may have to do with the fact that use by teens is still legitimately harmful because of the fact that their brains are still developing).

The Future of Medical Marijuana
Meanwhile, pharmaceutical companies in Europe are hard at work using what they’ve learned from research like Wenk’s to create effective medications. In addition to helping prevent Alzheimer’s, cannabis has shown promise in treating women going through menopause (because the plant has some estrogenic qualities), and appears to be very effective for people with anxiety.

The future of cannabis-based medicine, says Wenk, looks more like a little white pill than a big green bud. These pills, said Wenk, would be based on the brain’s own endogenous marijuana system, and would be able to activate feelings of being high on demand. “You take that little white pill, and absolutely nothing happens. And then later today, you’re watching a funny movie, and you start laughing. And all of a sudden, your laughter becomes really significantly better, funnier, higher, more euphoric until finally, as you release endogenous cannabinoids, you become very high and you become as high as your brain is capable of becoming.”

This type of targeted and controllable cannabis dosing could hold the key to treating a number of diseases but any major progress will have to be preceded by policy change from an administration that is willing to change the cannabis from a Schedule I drug to Schedule II or another status that would open the door for testing beyond animal models.

“Most of my colleagues at Big Pharma around the world tell me that they’ve stopped hiring and are firing people like me who would just give drugs to animals, because they feel like it’s gotten as far as it can,” said Wenk. “They’re retooling and deciding that we need to try an entirely different approach. Maybe genetically-based or something that. It will take them a decade to work it out. So probably, you know, this next generation will not see a new depression antipsychotic coming to market in their lifetime as drug companies retool. They simply have everything that they can make right now. What they may find 20 years from now could be astonishing or not. We just don’t know.”

‘My Research Shows If You Use Cannabis In Low Doses In Your 40s And 50s, You Probably Don’t Get Alzheimer’s’: Dr. Gary Wenk
cannabis health benefits