MARIJUANA MAY HELP CURE ECZEMA, ACCORDING TO RESEARCHERS 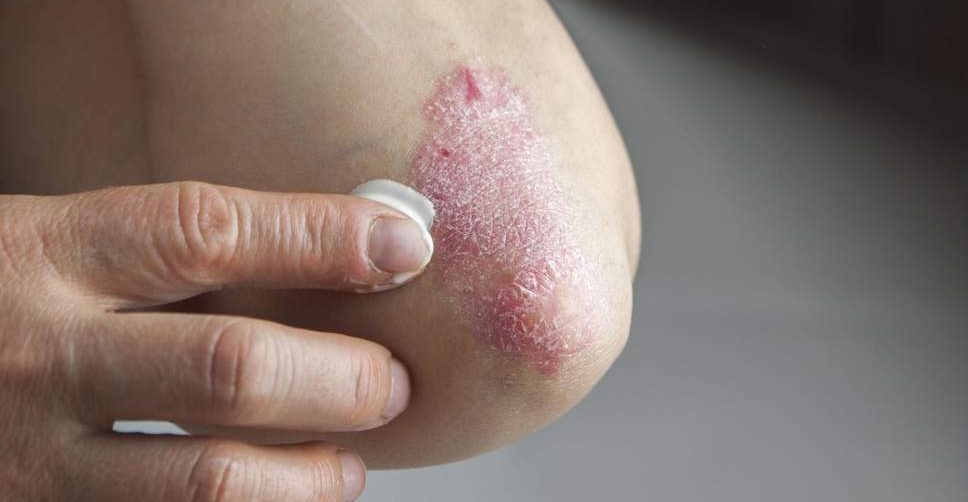 Marijuana may be useful in treating symptoms related to skin diseases including eczema and psoriasis, according to research.

The plant Cannabis sativa is known for the psychoactive THC agent found in it – which causes an intoxicating effect.

However, as states across America legalise or decriminalise marijuana, doctors and patients are showing an increased interest in the health benefits of the plant which stem from the parts of the plant that don’t cause intoxicating effects.

For marijuana to be used topically and as a potential treatment for health-related issues, researchers are focusing on the four other agents, or cannabinoids, found in the plant – cannabidiol (CBD), cannabichromene (CBC), cannabigerol (CBG), and cannabinol (CBN).

These agents don’t make the user “high,” but they can cause relief from various medical conditions, including atopic dermatitis or eczema.

Eczema is a condition that causes the skin to become itchy, red, dry, and cracked. In the UK, it affects an estimated 15 million people, according to AllergyUK.

There are numerous treatments for eczema, however, there is currently no cure.

But, according to the National Eczema Association (NEA): “It has long been observed that cannabinoids possess anti-inflammatory, antimicrobial and anti-itch qualities” with research dating back to the first textbook of dermatology referencing a use for cannabis in treating skin conditions.

In this first text, Dr Henry Granger Piffard, one of the founders of American dermatology, noted: “A pill of cannabis indica at bedtime has at my hands sometimes afforded relief to the intolerable itching of eczema.”

This relief is partly due to the powerful anti-itch effect of cannabinoids, which interact with receptors in the skin – minimising the common attributes of eczema, most notably itch caused by dry skin, histamine release, and sensory nerve fibres.

The anti-inflammatory properties of cannabinoids applied topically may also improve eczema, as can their anti-microbial effects.

According to researchers at the University of Colorado, the agent CBD is particularly helpful in curing eczema or the symptoms associated with the skin condition – and can be used as a natural alternative to commonly-used steroids.

Dr Robert Dellavalle, one of the leading researchers said: “There’s a large segment of the population that doesn’t like using steroids, even if they are topical steroids on their skin. CBD could be an alternative, natural product for them to try.

“So, when we have somebody who has tried topical steroids or topical immuno-modulators that suppress the immune system for psoriasis or eczema and they haven’t gotten completely better, there’s a potential of using this new therapy that might work in a different way and help them,” Dellavalle said.

And the new topically-applied treatment of CBD has already been cleared by the World Health Organisation (WHO) as having no potential for abuse or harm, as multiple clinical trials have seen positive outcomes on the symptoms and appearance of skin conditions.

However, the lasting stigmas surrounding the plant and the remaining laws make it difficult for researchers to fully study the effects of the cannabinoids in marijuana.
“The fact that it’s illegal at the federal level, but legal at the state level – it leads to a lot of complications in trying to do research on marijuana and its derivatives, all of the cannabinoids,” Dellavalle said.