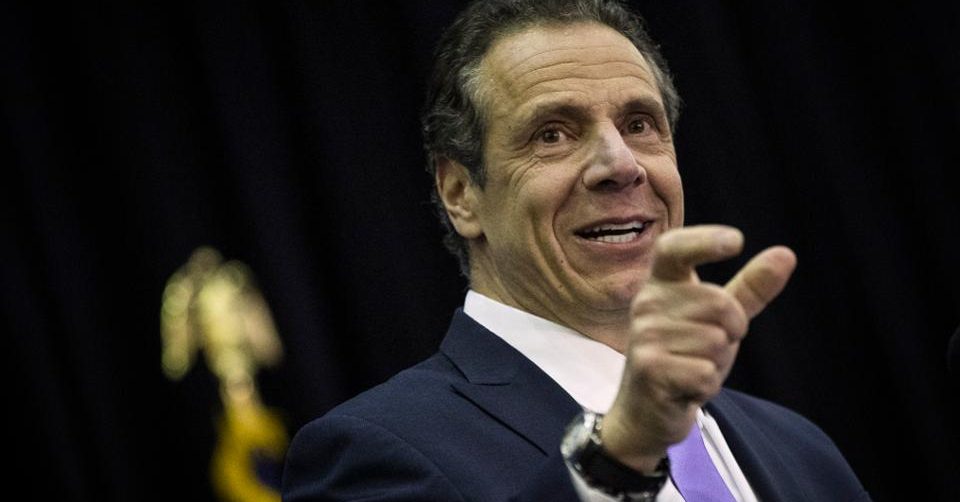 The administration of New York Gov. Andrew Cuomo (D), who until recently referred to marijuana as a “gateway drug,” released a state Health Department report on Friday that says the “positive effects” of legalization “outweigh the potential negative impacts.”

“Numerous NYS agencies and subject matter experts in the fields of public health, mental health, substance use, public safety, transportation, and economics worked in developing this assessment,” the 75-page document says. “No insurmountable obstacles to regulation of marijuana were raised.”

“Regulation of marijuana benefits public health by enabling government oversight of the production, testing, labeling, distribution, and sale of marijuana. The creation of a regulated marijuana program would enable NYS to better control licensing, ensure quality control and consumer protection, and set age and quantity restrictions.”

The report estimates that legal marijuana sales could generate between $248.1 million and $677.7 million in revenues for the state in the first year, depending on tax and usage rates. Cuomo first announced the state legalization study during his annual budget address in January. The release of the pro-legalization report is the latest in a series of cannabis moves the Cuomo administration has made since actress Cynthia Nixon, who is campaigning on an anti-prohibition platform, announced a primary challenge against the incumbent.

On Thursday, for example, the Health Department enacted emergency rules allowing the use of medical cannabis for any condition that would normally be prescribed opioids.

Last week, the state Department of Financial Services and the governor released guidance encouraging banks to work with medical cannabis and hemp businesses.
The new Health Department report says that cannabis legalization comes with the “potential for substantial tax revenue…which can be used to help support program initiatives in areas such as public health, education, transportation, research, law enforcement and workforce development.”
The document notes that cannabis criminalization has historically disproportionately impacted communities of color and that ending prohibition “will address this important social justice issue.”

A Quinnipiac poll released in May found that 63% of New York voters, and 71% of the state’s Democrats, support marijuana legalization.

Also in May, the Democratic Party of New York adopted a resolution endorsing cannabis legalization at its convention.

The statewide push for legalization comes shortly after local cannabis enforcement reforms were announced in New York City. Mayor Bill de Blasio (D) ordered the NYPD to stop arresting people for smoking marijuana in public, and several borough district attorneys have said they will stop prosecuting such cases, but de Blasio has so far refused to endorse legalization.

Among the bullet points included in the Health Department’s new cannabis report are: